Not long to the Autumn Racing Season 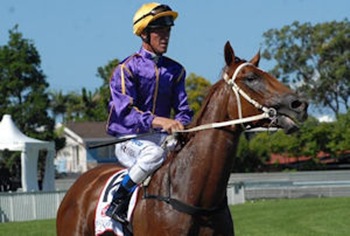 It has been quiet on the racing front since the thrills of the Spring Racing season, so it is gratifying to see several interesting racing competitions on the cards for this coming weekend. That is, if the devastating floods in Queensland,which have now begun to affect NSW as well, don’t cancel the running of the Magic Millions meeting on the Gold Coast. It’s also raining in Victoria and flooding in various rural centres. So heavy tracks are everywhere except Western Australia, where bush fires are raging.

Graceful Anna pictured above, won the three year old Magic Millions Guineas this time last year, beating a very good field of youngsters that included Shoot Out. After being off the scene since her poor run in the Stradbroke Handicap in June last year, she will be resuming for the autumn in the Canterbury BMW Classic in Sydney tonight. It won’t be easy for her as it has attracted a quality field that includes Border Rebel, Winter King, Keen Commander, Pinwheel and Whitefriars to name a few of the classy sprinters involved. I will be keen to see how she runs. Apparently she looked good in a recent trial so there is a possibility with her weight advantage that she could run away with the prize .

The Magic Millions 2yo Classic has prize money of two million dollars, with the winner taking home over a million of it. If the race goes ahead, current favourite Karuta Queen, who recently won a trial by 21 lengths, looks the one to beat. It has a big field of 16 with 5 emergencies. Of the colts Pepper Jet has the best claims, with Wonderful You and Snippets of Glory in with a chance. However, fillies like Military Grace (half sister to last year’s winner, Military Rose) and Sydney trained Fast and Sexy and Combat Kitty could mount a challenge to Karuta Queen and the fancied colts. It being a race for two year olds, anything could happen and probably will, since it’s quite likely that the Sydney contingent may not even be able to make it to the Gold Coast.