Merivel – A Man of his Time

“A smile spreads across the King’s countenance. It is a familiar smile, one that says ‘this is why I like you, Merivel, why I love you, even, because you lighten what is heavy and make laughter from sorrow’.” 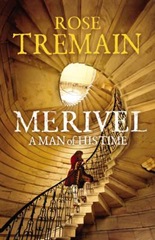 Rose Tremain’s 1989 novel Restoration has been, and remains one of my all time favourite novels. It introduced the character of Robert Merivel, courtier and physician to King Charles II  spaniels and followed his rise to a position at court, his fall from grace and his restoration to the King’s favour during the heady early years of Charles II reign.

Robert Merivel is one of the most compelling and endearing literary characters ever created.  His voice is unique – self deprecatory, alternately comic and wise. He leaps from the pages of  Restoration from the first sentence, introducing himself to the reader with the following words:

“I am, I discover, a very untidy man.
Look at me. Without my periwig, I am an affront to neatness. My hair (what is left of it) is the colour of sand and wiry as hogs’ bristles; my ears are of uneven size; my forehead is splattered with freckles; my nose. which of course my wig can’t conceal however low I wear it, is unceremoniously flat, as if I had been hit at birth.”

The novel, needless to say, is wonderfully written and the character of Merivel is complex and credible.  You smile with him as he relates the folly of his existence, wince in sympathy when he all too humanly errs in judgement, mourn with him when tragedy strikes and laugh with him when fortune shines once more.

He is a great character, so it was with delight that I discovered that Rose Tremain had decided to continue his story in Merivel: A Man of his Time. I pre-ordered the novel as soon as I learned of its publication and have subsequently read it.

I read it slowly, wanting to savour the rare pleasure of reacquainting myself with one of my favourite characters in literature.  It is set 15 years after the events related in Restoration. Merivel is now middle aged and living at Bidnold, his beloved estate in Norfolk, restored to him by the King during the intervening time.  His daughter Margaret is now 17 years of age and unaware of her origins; that her mother, who died at her birth, was a former inhabitant of a Bedlam where Merivel was obliged to work after his fall from grace in Restoration.

Merivel is still assessing his life and lamenting the lack of meaning it has for him. The discovery of his old memoir – hidden under the mattress of his bed – which he promptly nicknames “the wedge’ owing to it being a prop at the base of the bed, undiscovered over the years, prompts him to review his present circumstances. His daughter, now grown into a delightful young lady loved by all, is due to travel to Cornwall  with family friends, leaving her father bereft of her company for several months. Merivel decides to expand his horizons with a visit to the court of Louis XIV.

And so he sets out on a new adventure, and many are the pitfalls and follies that appear to dog his path, brightened by his encounter with the intelligent Louise, unhappily married to a member of the Swiss Guard whom Merivel, as is his way, nicknames “The Giraffe” .

The new novel is just as good as Restoration, but perhaps is darker and more melancholy than the earlier book. There is humour aplenty, but also sadness and poignancy as well.  I found  it engrossing and highly enjoyable to read. It made me smile, just as Merivel smiles at the oddities of his life.

Spring Has Sprung …sort of 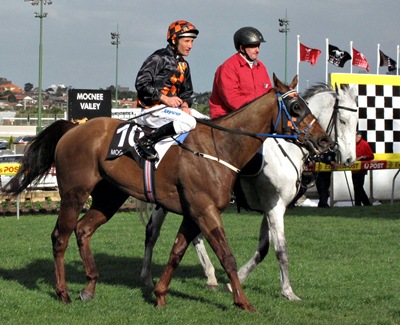 So far only the faintest inklings of Spring have come to Melbourne, with the weather being capricious as usual – one day warm and sunny, the next cold, windy and wet – but racing fans will be welcoming the first Group One race of the new racing season this Saturday.

It is the Golden Rose, a race for three year olds over 1400 metres run at Rosehill. This year’s edition has attracted a field of 10 runners, including two fillies. I am most interested to see if Kabayan - a son of Haradasun who was a big favourite of mine during the years 2006 to 2008 – can finally win a quality race after running very close seconds at his last three starts.  His biggest opposition comes from the filly Nechita who has comfortably won her only two starts. The other chances, on form, are Albrecht who won his last start, and Your Song who ran second to the brilliant Pierro at his resumption in the Run To Rose on 1st September.

Rosehill also hosts several other interesting races, most particularly the Listed Sheraco Stakes, where grand mare More Joyous will be kicking off her spring campaign. Another talented mare Streama is also resuming in this race, but I doubt she can beat a fresh More Joyous over the 1200 metre distance. Throw in Emotional Circus who prevailed over Miss Marx a fortnight ago, and also Gai’s Choice and you’ve got a very attractive field of talented mares, though an upset is highly unlikely.

Moonee Valley hosts the so called  Cox Plate Preview this coming Saturday, that is the Dato Tan Chin Nam Stakes.  Whobegotyou, pictured above,  who died Wednesday morning, won the race in 2009 and 2010. It is sad to hear of his passing. Though not a particular favourite of mine, I did respect his record and having seen him race on several occasions, felt a certain affection for him after all.  I’ll be thinking of him at the track tomorrow.

This year’s race which I intend to witness again in person, has a super field of resuming stayers and Group winning middle distance runners. Rekindled Interest, who won this race last year, loves the Moonee Valley circuit and will probably start favourite. Second favourite, Green Moon, when resuming recently, ran a decent fifth to Sincero in the Memsie Stakes and has the services of top jockey Craig Williams as his rider.  I’m not sure about the chances of Heart of Dreams on the Moonee Valley track, but he is a genuine WFA performer and could run a place. And I’m pleased to see the return of Linton who has won over the distance at Moonee Valley in the past and is now with a different trainer who had success with the horse at Morphettville in the autumn where Linton scored his first win for some time. It will also be interesting to see how Australian Derby winner Ethiopia performs. It will be his first start since that race, though the 1600 metres is probably too short for him.

There’s also a Group Two sprint on the cards at the Valley on Saturday, the McEwen Stakes over 1000 metres. Golden Archer is the one to beat, as he has come back this spring in fine form, though others like Bel Sprinter and Morant and Didntcostalot might give him a run for the money.

And for variety, the Group Two Stock Stakes over 1600 metres for mares, rounds off the card nicely. Spirit Song is top pick in this and will most likely win. Second pick appears to be French staying mare Never Forget who may appreciate the extra distance from her last race (1400 metres) where she acquitted herself fairly well.

The track will most likely be on the dead side as Melbourne’s rainy weather continues.