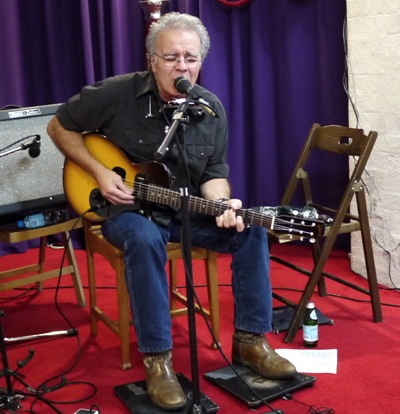 On Tuesday last week it was Ray Bonneville who graced the Basement Discs stage, performing songs from his last two albums. His latest is Bad Man’s Blood, a superb swampy blues recording with killer songs.

Born in Canada, Ray Bonneville now lives in Austin Texas, but his music sounds like he was brought up in the swamps of Louisiana.

He has an attractive gravelly voice and is a whiz on guitar and harmonica and provides his own percussion effects by stomping his feet on boards ala Chris Smither. 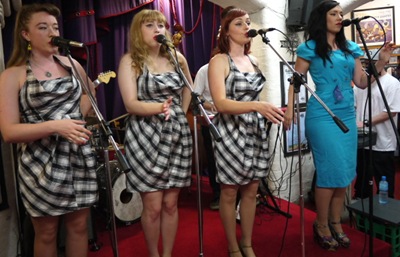 Last Friday Clairy Browne and The Bangin’ Rackettes entertained the lunchtime crowd with a whizz banger of a show. Can’t say I‘ve ever heard of Clairy Browne before, but she and her Bangin’ Rackettes, plus large backing band are entertainment plus with full on body movements and delicious harmony singing. Clairy has a great bluesy voice and the other girls provide a doo wap gospel chorus reminiscent of the great female groups of the past, the Pointer Sisters for instance. They  were  in store  promoting their debut CD Baby Caught The Bus.

Check them out on My Space.

And on Friday 9th December Frank Fairfield, a multi instrumental wunderkind whose musical taste is firmly set in old-time Americana, will be performing the last in store for the year. 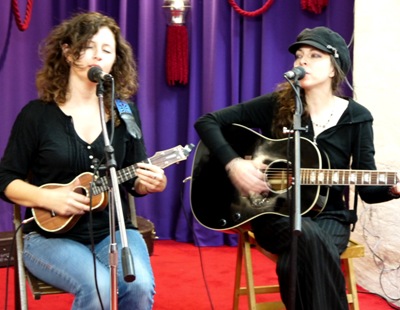 Something different, American duo Folk Uke performed a charming mini show at Basement Discs this afternoon.  They are touring to promote their new CD Reincarnation. There are warnings  regarding explicit lyrics on their CDs, so if you are offended by swear words, you may be shocked by the frankness of their lyrics.

Known for their witty songs and sweet harmonies , Folk Uke are Cathy Guthrie (grand-daughter of Woody, daughter of Arlo) and Amy Nelson (daughter of Willie Nelson).

To get the ball moving on the right note, they opened their set with Sh*t Makes The Flowers Grow, following that with Knock Me Up, two tongue in cheek wickedly funny songs . They went on to sing half a dozen songs, including the title track to their new CD, and enlisted the support of their agent, Geoff Trio, to read the speaking parts in their song I Miss My Boyfriend, which part on the album is played by Shooter Jennings (son of Waylon).

Last Saturday I attended a concert at Thornbury Theatre. It was a triple bill composed of local singer songwriter Jordie Lane with Joe Pug and Henry Wagons.

A very entertaining evening it was too. My review of the show is on Nu Country here, so I won’t elaborate. 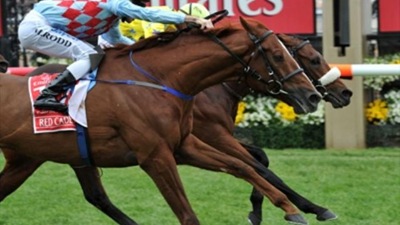 It’s the final day of the Melbourne Spring racing carnival tomorrow with two Group One races with the added feature of Black Caviar competing in one of them, aiming for her 16th consecutive win, and 7th Group One.

The Patinack Farm Classic is the Group One sprint of the season. Black Caviar won it last year, and is pretty certain to win it again.  She has only six opponents, most of them being from her own stable – Mid Summer Music,  Curtana & Panipique - with Buffering, Scenic Blast & Response being the others.

The other Group One is the Emirates Stakes over 1600 metres. It has a very interesting field with the likes of Jimmy Choux, Wall Street (who won this race last year), Love Conquers All and Secret Admirer being the class competitors.  It’s anyone’s guess who will win.

The Queen Elizabeth Stakes, a Group Three race over 2600 metres is the other interesting contest on the cards. It’s a sort of consolation race for stayers who failed to qualify for the Melbourne Cup and has grand stayers like Bauer, Shootoff, Sahara Sun and Macedonian in the mix.

Speaking of the Melbourne Cup, what a thriller it turned out to be at the finish. Alas fortune did not smile on me this year – all my selections came nowhere. That’s racing for you !

The Stillsons live at Basement Discs 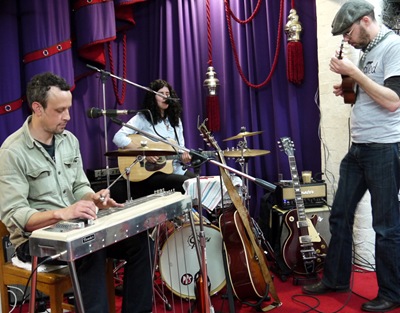 It has been a while since I last wrote a music review; in fact I’m quite out of practice, but as the Basement Discs has a stellar line up of in-store shows this month, I thought I’d give it a bash again.

To start the month, The Stillsons were In Store today and delivered a very pleasant set of folk rock tunes, promoting their new CD Earnest.

Called “a breath of fresh air” by the Sydney Morning Herald, The Stillsons are indeed a bright and breezy band and are composed of Justin Bernasconi (guitar) and Cat Canteri (drums),  and The Waifs bass player Ben Franz.

They describe their music as contemporary roots, and it encompasses rock, folk and country. Justin and Cat take turns leading the vocals and all three chime in with the harmonies.

Check them out on their My Space page.

Coming up at Basement Discs next Wednesday is blues legend John Hammond and on Friday Folk Uke, a duo composed of Cathie Guthrie and Amy Nelson, descendants of famous Americana artists Woody Guthrie and Willie Nelson. On Tuesday 22nd November, Ray Bonneville, Austin based guitarist, songwriter and harmonica player will be demonstrating his fabulous version of rhythm and blues.

In news out today, Ryan Adams will be doing a solo tour in February/March next year, playing intimate venues throughout Australia and New Zealand.  I don’t know if you could call the Sydney Opera House an intimate venue, but he’s playing there on February 28th.  Needless to say I’m keenly looking forward to this tour and already fretting about about getting a good seat at the Melbourne venue which happens to be the Regent Theatre.