Vale Willy, the Wilful One 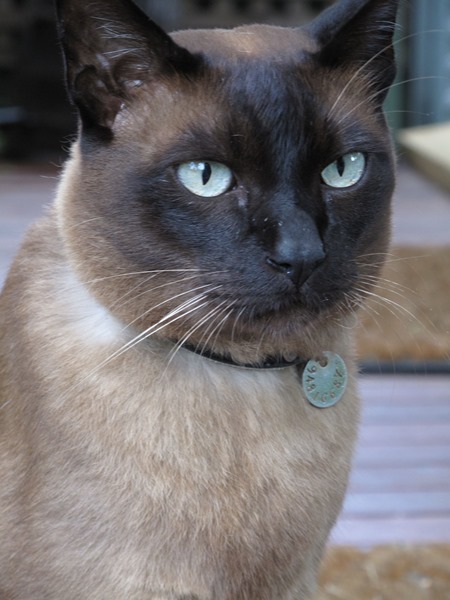 This morning we discovered that Willy, our dearly loved cat, had died overnight, most likely in the early morning.

We had spent Christmas Day at my brother’s place in Ocean Grove, but drove back to Melbourne in the late afternoon, anxious about Willy  who had not been looking all that chipper when we set out.

For the past few days he had been spending much of his time under the house and had ignored our cajolments to come out, though  he would eventually emerge, much to our relief.  He had not eaten a solid meal for several days and had refused breakfast Christmas morning.

Fortunately he appeared shortly after we got back from Ocean Grove, but looked very much the worse for wear after the extremely hot day.  He was thirsty and drank quite a bit before slumping under the bed.

One of the saddest things  I have ever witnessed was seeing Willy lying there with his front paws wrapped around the water bowl and his nose in the bowl. He was too weak to stand for long.

We’ve had almost a month of worrying about him and had hated forcing the medicine down his throat every day. Not that it did much good. After an initial hopeful period, it was obvious that the drugs weren’t working. We couldn’t stop giving him the cortisone as it’s a drug that requires a tapering off period. If stopped suddenly it causes all sorts of harm.

We had an appointment to see the vet next Thursday, but yesterday we doubted that Willy would last that long.  As it was Christmas Day our options for helpful advice were non existant.

B was so distressed by Willy’s state that he slept alongside him on the floor of the living room, where Willy had climbed into his cat bed. B missed the moment of death, having come to bed in the early morning, but got up at 5.30 am to discover Willy stretched out dead under the coffee table on the rug.

It’s a mercy really that Willy died in his sleep and spared us the additional agony of euthanisation. But terribly sad all the same.

So we’re tired and emotional today.

The only member of the household who is not in mourning is Talya who will now be the sole cat, a status she prefers.

Willy would have turned 13 years of age on the 18th January, so he had fairly long life in cat terms.

We acquired him on 21 March 2004 from a breeder in Toolern Vale – a wilful fiesty kitten with big bat ears. 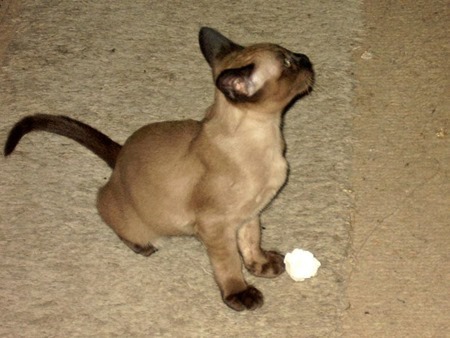 Willy as a kitten at 12 weeks of age

Wild and independent as he was,  he nonetheless was a delightful cat, very smart, and a stunner to look at. He spent much of his kittenhood tearing around the neighbourhood with his female cat friend Pickle and we feared for his safety many times.

In those days  he would retrieve little balls of paper thrown for him, bringing them back to you and dropping them at your feet, though he forgot this trick as he grew older.

He always slept with us under the covers, regarding us as his litter mates no doubt and will be missed all the more.

A creature of habit, he knew our usual procedures by heart, and would always curl up on my lap in the mornings as I read in bed, sitting in expectation in my spot and obligingly moving off to allow me to get in the bed, before climbing on my lap. He hated any disruption of this routine and would be unsettled if it changed.

Being a cat with a strong personality and heaps of attitude, he was not easily ignored. His spirit still floats around the house as I write and I expect to see him appear at my side or walk in front of the computer monitor to attract my attention.

I’m glad his suffering is at an end as it has been a hard month watching over him with faint hope of ever seeing him back to his old wilful self.

He lies in a grave under the back lawn, dug by B this morning. Willy spent his entire life at this place so it’s appropriate that he will stay here forever.

Such was my Christmas. 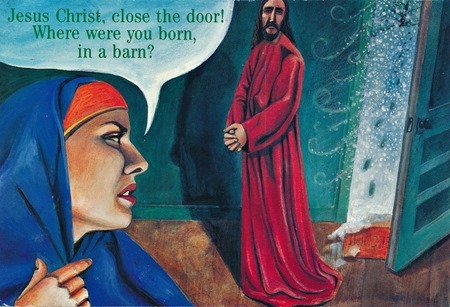