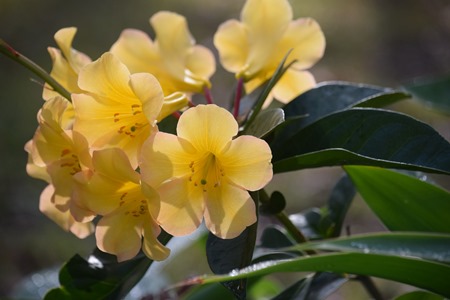 Yellow Rhodedendron – spot of colour to spite the cold

I am not looking forward to this first winter in Ivanhoe, not that I welcomed it in the old house in Northcote either.

This current residence is a cold house, due to the insulation which makes it cool in summer, but in winter it’s a different matter.  A giant gum tree in the next door neighbour’s garden effectively  prevents sunlight from reaching our back yard, and a distinct chill invades the house.

The house has three different warming systems, only one of which we use. B  has objections to the ducted heating system, arguing that it is wasted energy in that it heats the entire house and we both prefer a cool bedroom at night.

When we first moved here back in September there was a gas flame fire, but it turned out to be purely decorative and was useless as a heater. Thankfully it has been replaced with a real gas flame fire, which works, and is the sole means of heating we use.

Bingo the cat loves it and toasts himself in front of it when it’ s operating – later in the day when the chill really sets in. The rest of the time we rug up and endure the cold.

Speaking of the cats, Bingo is now fully grown, a small but perfectly formed cat with a big attitude, and is still as naughty as ever. 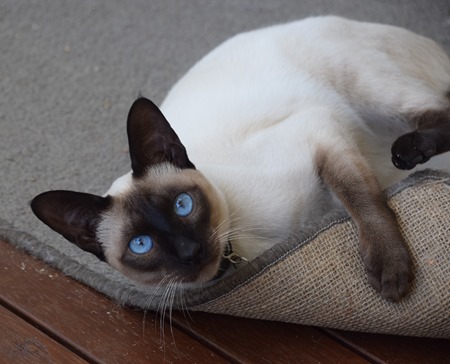 He has however learned better table manners and now responds (with vocal objections) to NO when told to get off the table when we’re eating.

These days he has been spending a lot of time under the house growling at another cat, an oldish long haired tabby who lives a couple of houses up and visits every morning. According to its owner, Bingo visits their house too and the two cats engage in the same growling and howling activity there as well, though it doesn’t escalate into anything more serious.

There are other cats around – a young rag doll called Theo and other moggies of varied colours.

Talya understandably loathes Bingo, but has learnt some of his bad habits, such as climbing all over the benchtops and licking out saucepans in the sink, something she would not dream of doing before.

She has also become incontinent, pissing inappropriately on the floor, and shitting on the rugs, which we’ve been forced to take up and put out of her reach and close doors to rooms we don’t use regularly. Her behaviour is stress related I think and we can’t think of any way to break her of the habit, other than forcing her to go outside last thing at night and early morning,  the usual times these “accidents” are likely to occur. 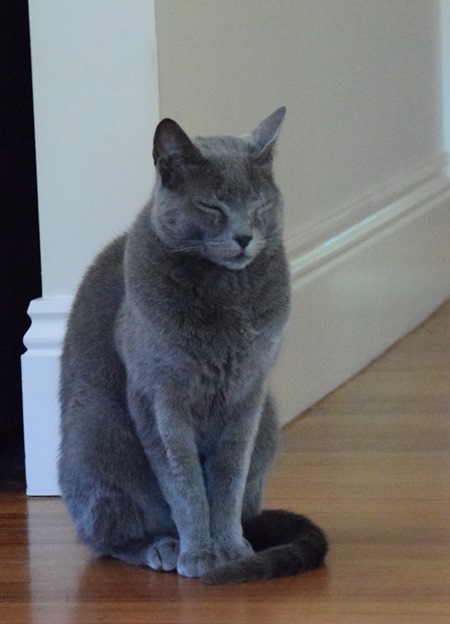 Bingo is merciless as far as Talya is concerned, constantly teasing her and disrupting her peace by jumping on her when she’s sound asleep.  Both cats get fractious when they’re hungry and are terribly distracting until they are fed.

I did attend the Eilen Jewell concert back in May and it was as good as always. I took along the Canon G16 camera, but found to my dismay that the battery was almost flat as was the spare, so I couldn’t take many photos. 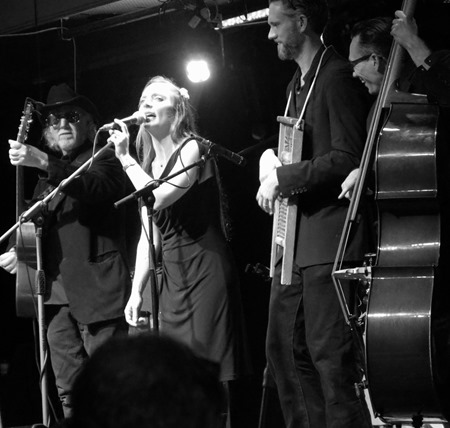 I  couldn’t resist purchasing the below poster that was on sale at the merchandise table and get it signed. 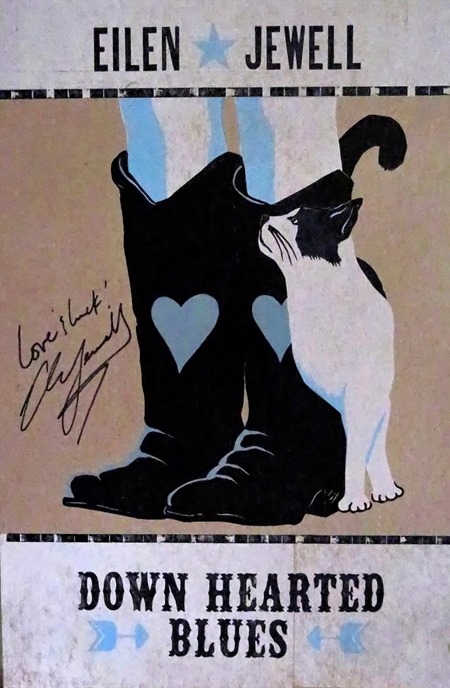 Back in April I downloaded to my Kindle six Joan Aiken novels that had just been issued as eBooks, having been out of print as physical books for many years.  As they were only $6.00 each it was an irresistable temptation.

Joan Aiken is one of my favourite writers who I have been following since the 1960s, when I first discovered her “Wolves” series of alternate history children’s novels, which encompass 12 books in all, the last published after Joan Aiken’s death (in 2004) in 2005.

She was a prolific writer, producing over a hundred books, for both children and adults.

The six novels I downloaded were her delightfully wicked Regency and Gothic romances, and I binge read them one after the other over the past month or so, and thoroughly enjoyed indulging in their guilty pleasures.

Most of the computer games I’ve been playing were ones I had played before, except for Keepsake a game I actually have on DVD, but was unable to play it when I got it in 2006, due to various issues.

It was recently released on Steam, so I purchased it and played it and found it to be a quite engaging game with an interesting plot and unusual puzzles, some of them very hard to crack. 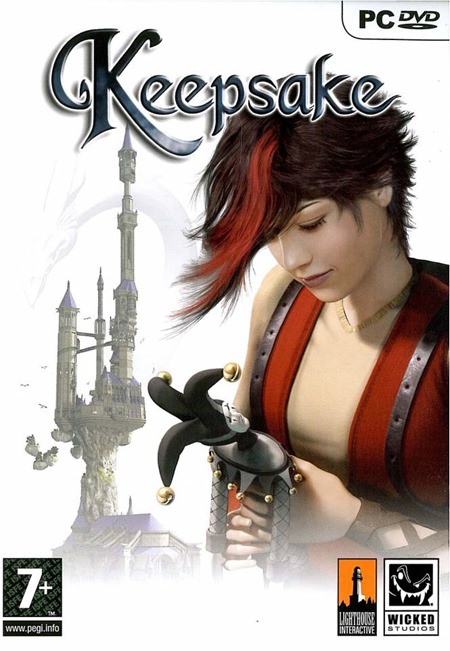 It was also a lengthy game with many locations to explore and is set in school for magic ala Harry Potter. The heroine is Lydia who arrives at the school to begin a course in magic, only to discover that the academy is deserted, with no sign of pupils or teaching staff.  Lydia is particularly distressed by the non appearance of her childhood friend Celeste whom she has been looking forward to seeing again after many years.

The game basically centres around Lydia’s search for answers to the mystery of the deserted academy, in which she is assisted by Zac, a shapeshifted wolf who claims he is really a dragon, whom Lydia releases from a cupboard where he had been locked up before everyone went missing.

I’m of course hanging out for the beginning of the spring racing season, still a month or so away, but promising to be a bit more interesting than last year, with a few new potential stars of the turf emerging recently over the Sydney and Brisbane carnivals. And Winx will be back in action soon, quite possibly on 18 August in the newly promoted to Group 1, Winx Stakes  - formerly the Warwick Stakes, now renamed in her honour.

I’ve already purchased a ticket to the Cox Plate;  Winx’s main target this spring, where she will be aiming to become the first horse to win it four times.