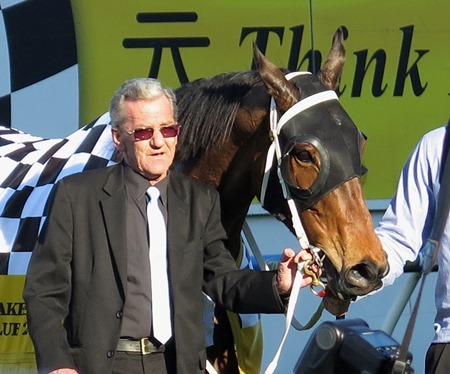 Australia voted on Saturday and wouldn’t you know it the people’s voice resulted in a dead heat. Malcolm Turnbull, Mr Smooth himself, has not got the mandate he sought. But then, neither has the Labour Party, though I must admit I was impressed with Bill Shorten’s campaign  and thought it far more effective and informative than that of the Coalition.

Every time I saw the Coalition TV Ad with Turnbull mouthing the “jobs and growth” slogan, I was inclined to shout at him “Substance, Malcolm, substance; where is it?”.

And we’ve ended up with an even more barmy Senate than the last one. Who would have thought that Pauline Hanson could have got back in?  Blame the Queensland rednecks for that. I’m looking forward to seeing how she and the plain speaking Jacquie Lambie from Tasmania hit it off. I reckon Jacquie, being ex army, will have Pauline’s measure and win any battle of words. She’s the only politician who has made me laugh out loud during the last government with a few of her mordant witty comments.

At the weekend the winter weather was quite pleasant so it was no trial to go to Caulfield and watch a few races. I only stayed for three, as they weren’t all that exciting.

Jerilderie Letter was racing in the 4th, The Grand Hotel Frankston Handicap where he ran fourth less than a length from the winner. The race was over 1400 metres, so it was a bit too short for him. An extra 200 metres or so would have had him winning. 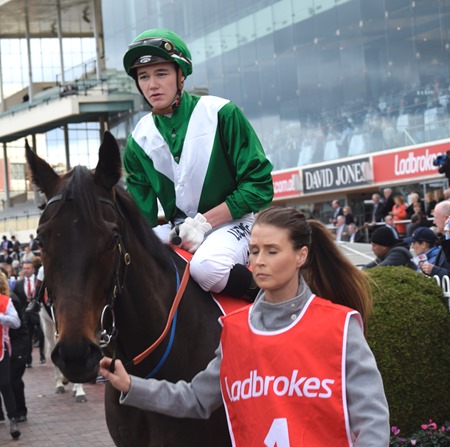 Jerilderie Letter in the mounting yard

He’s been nominated to run at Flemington next Saturday in a 1600 metre race. I won’t be attending, but will watch with interest to see how he fares.

The racing action starts to get interesting in early August, when the better class horses emerge from their winter breaks. I’m looking forward to seeing Winx and Chautauqua in particular, and it’s also mooted that the beautiful Lankan Rupee will resume in late spring as well, having had a long break recovering from the injury that put him out of contention last spring.

In the meantime, as we await the election result and endure another month of winter, I’ll be keeping myself amused with other things.