The All Star Mile 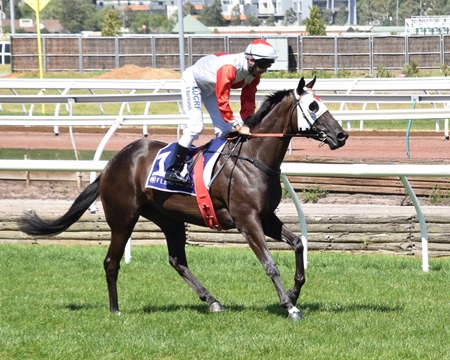 This Saturday at Flemington sees the running of the inaugural All Star Mile, a new “pop up” race devised by Racing Victoria to emulate Sydney’s Everest sprint.

A field of 14 contestants will vie for the $5 million prize money and the fame and glory that goes with winning a new race for the first time.

Half the field are given no chance, these being the horses elected by the general public whose form leaves a lot to be desired. They all have big ownership groups, hence their popularity. Old Foundry has been scratched which allows one of the better quality emergencies to run, in this case Le Romain, a triple Group 1 winner.

Despite the dross, there are several classy gallopers in the field, these being Group 1 winners Happy Clapper, Alizee, Hartnell, Grunt, Amphitrite and Mystic Journey.

Alizee is the favourite with Mystic Journey being highly fancied as well. Happy Clapper has not won a race in Melbourne to date, but is likely to be in the finish if he has recovered from his last race against the mighty Winx.

I’ll be barracking for the Tasmanian filly. Go Mystic!

It will be tricky getting to Flemington tomorrow with buses replacing trains again, between Heidelberg and Parliament Stations this time.  I think I’ll travel by a different route as I’ll have to get to Southern Cross Station to catch the train to Flemington – the 250 Bus perhaps which terminates in Queen Street in the city and takes about 45 minutes.