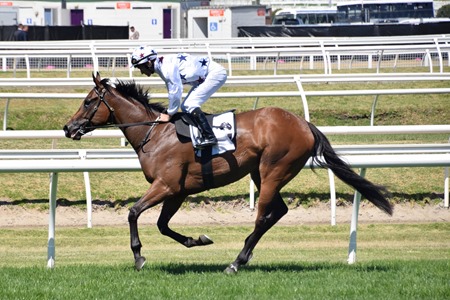 I am looking forward to returning to Flemington this Saturday. I haven’t been there since Mackinnon Stakes day last Spring, but Group 1 racing has returned to the big track and features the Black Caviar Lightning, one of the great sprints of the Autumn racing carnival.

It has been won by a constellation top sprinters, most notably Black Caviar, after whom the race is now named,  who won it three years running  - 2011 to 2013.  Last year it was won by Redkirk Warrior, who is not in the field this year.

Speaking of the field, it appears to be disappointingly lacking in Group 1 sprinting stars, but should be fascinating none the less with several talented youngsters taking on the older horses. There’s even a two year old in the field, that being Jedastar, who has only started two times for a win and a second, but will have a big weight advantage, carrying a mere 44kgs.

I will be barracking for golden girl Sunlight, who is kicking off her autumn campaign in this race.  She won down the Flemington straight at her last race for the Spring, beating the boys in the Group 1 Coolmore Stud Stakes.

Two of the colts she beat, Written By and Lean Mean Machine, are again her rivals in the Lightning. Of the older horses, the most threatening appear to be Osborne Bulls,  Battle Hero and In Her Time.

There’s a pretty good support card with a couple of interesting Group 3 races for Guineas bound three year olds – the Vanity Stakes for the girls and the C S Hayes Stakes for the boys. 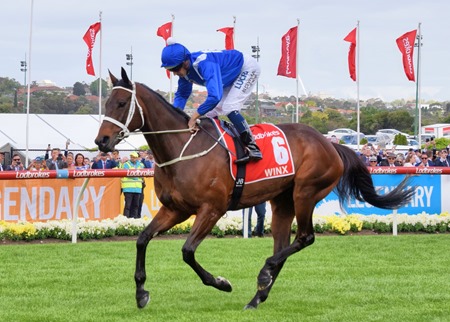 All race fans are looking forward to seeing the Queen of the Turf return to the track at Randwick on Saturday afternoon in the Group 2, Apollo Stakes, run an hour before the Black Caviar Lightning.

Since her historic win in the Cox Plate, Winx has been honoured by being named the the equal Best Racehorse of the Year with USA horse Cracksman  She also won the Secretariat Vox Populi award in the USA for most popular horse in 2018.

In the Apollo Stakes, Winx faces seven rivals, five of them her stablemates with the doughty Happy Clapper back for another bout with the star mare. Winx will hopefully win her 30th race in succession. By all accounts she has returned as good as ever. Go Winx!

Alas, buses replace trains on the Hurstbridge line tomorrow, so it will take extra time to get to Flemington and I’ll have to set out earlier than I normally would. I intend to take my step with me this time. Hopefully I will have no trouble getting it through security.