A Hot Day of Racing at Caulfield 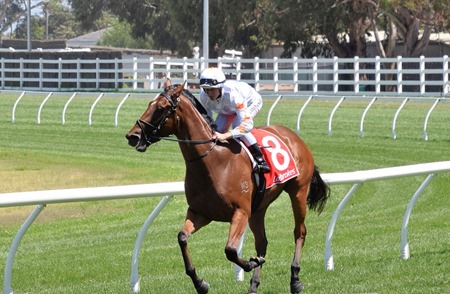 The Darren Weir scandal broke late last week and resulted in all his nominated horses being scratched from events over the weekend., including Caulfield on Saturday.

So the day panned out somewhat differently than originally anticipated.

It was quite eerie wandering around the stalls area and seeing empty stalls where there is usually a strong contingent of Weir runners. Missing were two I was looking forward to seeing – stable stars Nature Strip and Extra Brut, who were set to kick off their autumn campaigns on Saturday.

Darren Weir appears to be in deep trouble and is likely to lose his training licence. Many of the horses in his care have been moved to other stables already.

It was an extremely hot day, so I didn’t stay all that long at the track, arriving in time to watch race 4, the Ladbroke’s Handicap and leaving after race 7, the RJ Adams Stakes.

One of the feature races of the day was the Group 3 Chairman’s Stakes, a race over 1000 metres for two year old Blue Diamond aspirants.

It was worth the price of admission to see Loving Gaby,  a big strapping filly, having her first start, blitz the rest of the field, winning impressively, racing from the tail of the field to defeat Bella Rosa by half a length with race leader Lanigera holding on for third. 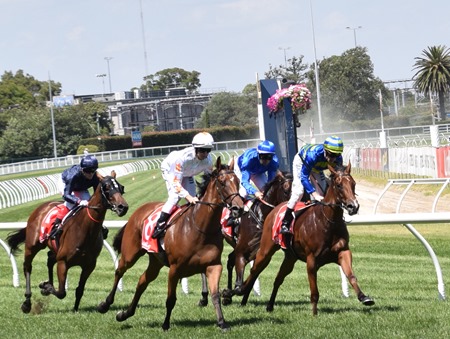 The other interesting race was the Listed RJ Adams Stakes, a sprint over 1000 metres. Last year’s Blue Diamond Stakes winner Written By started as the hot favourite. He led throughout but was pipped at the post by 8/1 chance Bons Away with the blue blood Encryption running third two lengths from the leaders. 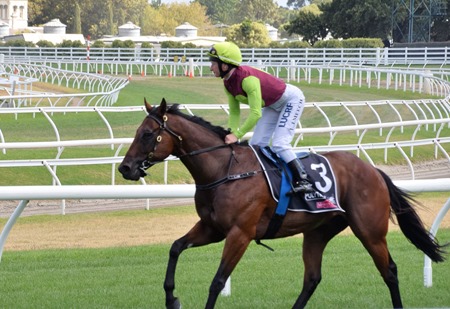 Bons Away returns to scale 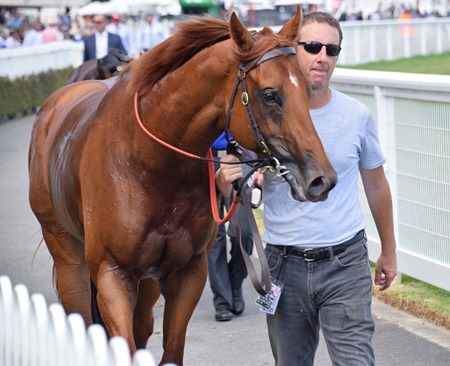 Written By returning to the stalls area after the race

Next Saturday features the Orr Stakes, the first Group 1 race of the Autumn racing season and is run at Caulfield. Also on the card are the two Blue Diamond Preludes and several other Group events. With the weather predicted to be mild for a change, it will be much more comfortable  to attend.

Your accounts of a day at the races always make me wish I was there too.
MrW was filling horsey's bleeding nostril with something. stuff him.
You would never connect him with Georgina Weir of Le Louvre boutique but he is.
Her mother Lilian Wightman who founded it in Collins Street was a Ballarat girl.
cheers

Yes, I have little sympathy with Mr Weir, and as he accepted the charges against him, one assumes his guilt. I didn't know of his connection to Melbourne fashionistas.