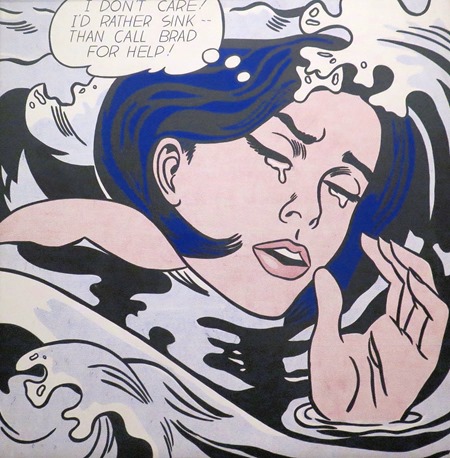 It’s hard to believe that the National Gallery  of Victoria in St Kilda Road is now fifty years old, and celebrated that anniversary in August.

I still recall when it was first opened and indeed went and had a look at it in the first week.  I recorded the following in my diary:

Shirl and I went to the Arts Centre on Tuesday (27/8/68). It really is a superb building and admirable for artistic displays. The effect is one of quietness and dignity with a timeless monumentality.

The falling water in the main entrance is very effective and gives a perfect break in the grey mass of the exterior.

Inside the Centre isn't any less pleasing. The Oriental Garden is very beautiful. There are superbly aesthetic fountains of water foaming forth from young bamboo. From the main sculpture court, Rodin's great bronze statue of Balzac stares imperious and contemptuous in a blaze of spring sunshine. Near him one of Henry Moore's sculptures, in a mass of bronze, sits triumphant.

The exhibition rooms are beautifully subdued to give the paintings and works of art the advantage of their pure essence.

We only caught a glimpse of the ceiling of the auditorium which is stained glass by Leonard French. It has an effect of Byzantine splendour and Gothic lighting.

All over,  the Gallery is very pleasing. The place, however, was swarming with people - mothers tugging along droves of children on holiday, who ran all over the place.

There was so much to see, and so many inviting directions, we didn't know where to turn or what to look at first. Compared to the old Gallery where one's footsteps echoed eerily on the stone floors, the new Gallery is carpeted all over and very restful and peaceful - if there weren't so many bloody people around!

Shirl was my sister in law (wife of my deceased older brother) and at the time we were good friends, though now haven’t spoken for over 27 years. The last time I saw her was at my mother’s funeral in January 1991.

All that is water under the bridge and I doubt our paths will ever cross again.

Anyway, the new Gallery was a great success and is now one of the iconic buildings of Melbourne.

I welcomed the chance to attend the exhibition as when I was in New York in 2002 it was closed, so I never got to visit it in situ.

When you walk into the exhibition, the first paintings on display were instantly recognisable by artist, which boded well for the rest of show that encompassed over 130 years of artistic movements, from the Impressionists, Post Impressionists, Expressionists, Surrealists, Cubists, Pop Art , Abstract and everything in between.

Side by side were 5 wonderful pictures by Seurat, Van Gogh, Cezanne, Toulouse Lautrec and Gauguin. 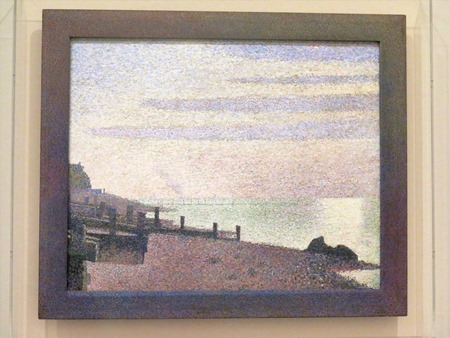 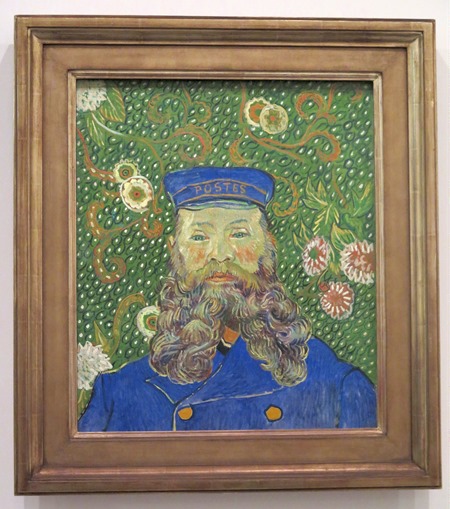 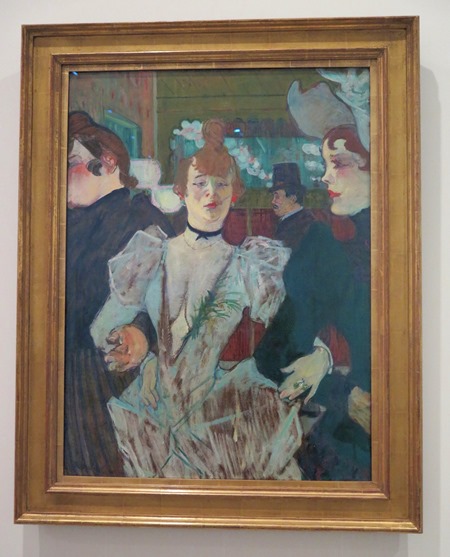 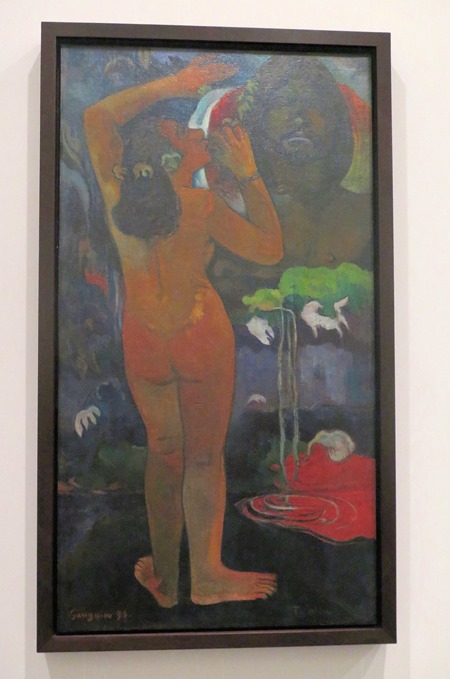 Paul Gauguin – The Moon and the Earth

Moving on into the exhibition there was a film on the wall  by Louis Lumière of a dancer performing Danse Serpentine, several layers of her dress creating a wild swirling as she moved.

I won’t do a blow by blow, but concentrate on my favourite exhibits

As you progressed through the rooms, there were many delights, such as this rather wonderful metal fan 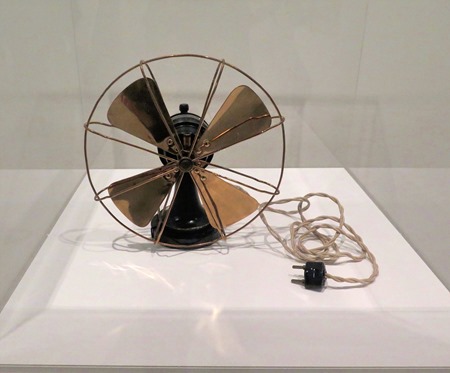 Fan of cast iron and bronze

A beautiful red and blue chair 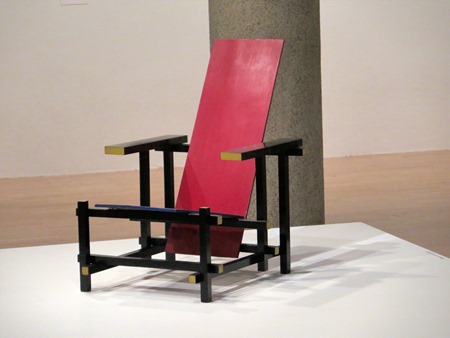 I’ve always been a bit of fan of Bauhaus, so was delighted that works associated with this cool style were included. 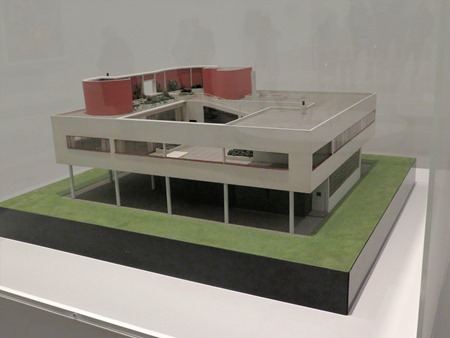 Dali’s iconic painting The Persistence of Memory was on a wall by itself, and as everyone remarks, is a tiny masterpiece. 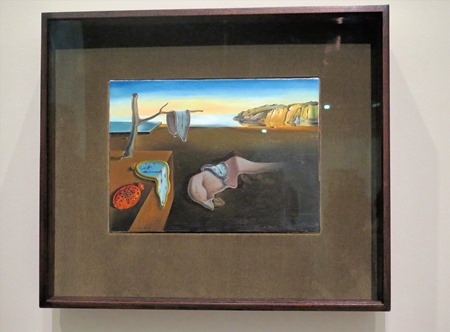 It was thrilling to see it up close. 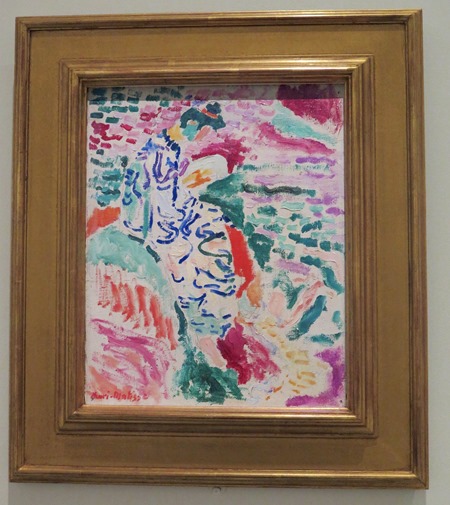 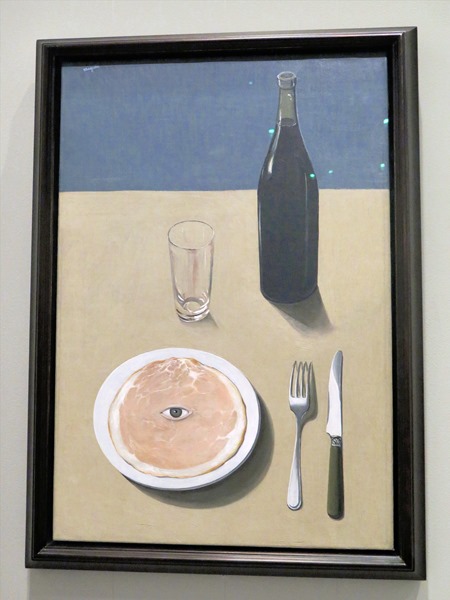 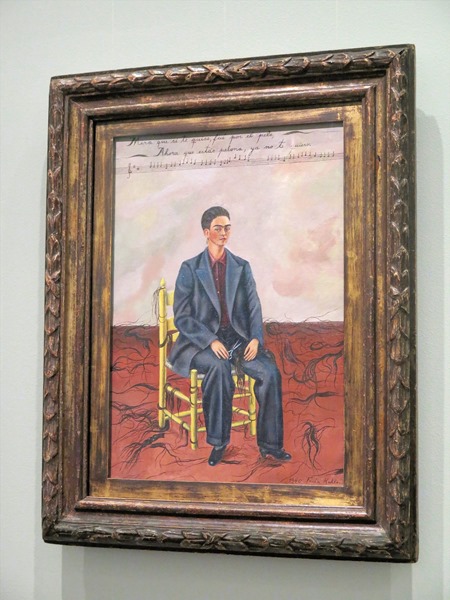 The following Edward Hopper painting was my favourite of the exhibition. I love his paintings – their feeling of desolation pleases me the same way sad songs do. 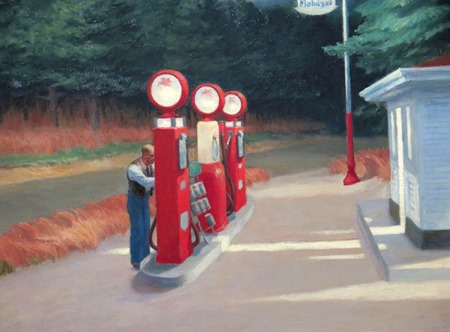 Then there is Pop Art – the above Roy Lichtenstein & Andy Warhol 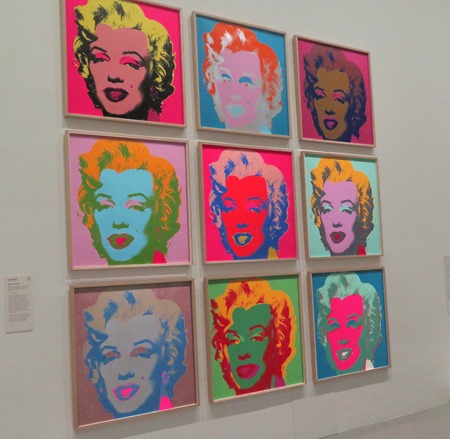 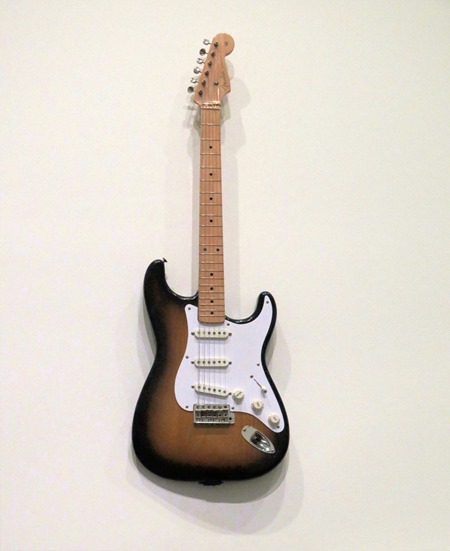 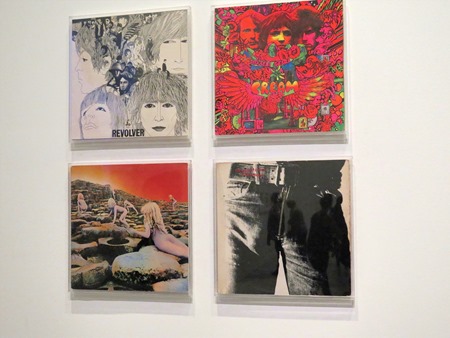 It was hard to get a photo of the Space Invaders game with school children hogging the controls. Weird to think that they were not born when this iconic computer game was created in 1978. 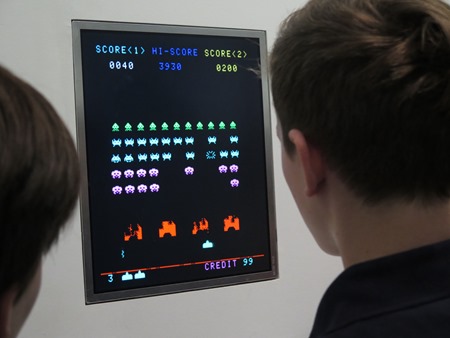 There was much to see and some of it I only gave a cursory glance at, the ultra modern stuff leaves me cold, but most of what was on display was fabulous.

So fifty years on the Gallery still puts on a good show. I highly recommend the MOMA exhibition. It’s a class act.

I wrote a couple of paragraphs on this exhibition back in July Anne, and I loved it too. Such a great collection, such a great selection for the NGV. I like Hopper too - though I didn't mention him in my necessarily shorter post - and like you I found it a treat to see the Dali. So unexpectedly small. I have been to MOMA, but back in about 1984 and my memory is dim.

I love your sharing your journal entry from the NGV's opening. What a treasure. I hope their archivist reads your post and asks you for it - these are the treasures that should be in archives. Everyperson's experience of times like this.

Hello Mrs Gums, Thanks for visiting. I did see your mention of the exhibition when you posted it.

And I'm glad you enjoyed my old diary entry. I did also note in my diary back then that on opening day hordes of people attended and trashed the place.