Sunlight on a Wintry Day 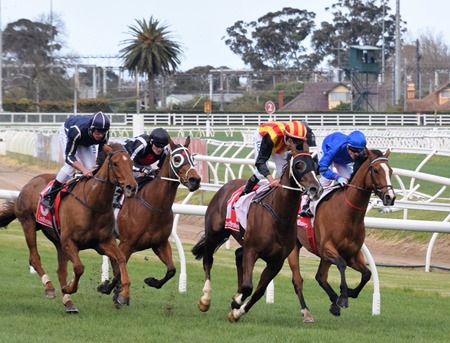 As expected the weather was awful for an afternoon at the races being cold and occasionally wet. Otherwise it was a stimulating race meeting, the three feature races making attendance at the track worthwhile.

In Sydney Winx was the star attraction and delighted her many fans with a stunning win in the Winx Stakes, demonstrating that she was back just as good as ever, surpassing her own and Black Caviar’s record winning streak and knotching up 19 Group 1 wins into the bargain. She made front page news on The Age on Sunday, and Australia Post has issued a stamp to honour the occasion.  The stamps are available online now on the Australia Post website, and will be on sale from 23 August in Post Offices.  There are a variety of celebratory stamp packs to choose from and I’ve already purchased a few to complement my collection of Black Caviar stamps.

I arrived at Caulfield Racecourse around 1.45 pm, so had time to stroll around the stalls before Race 4 was run. It was great to see so many of the good horses back at the track, particularly Hartnell, Sunlight, Grunt, Mighty Boss and Black Heart Bart, among others.

Race 4 was the Nitto Denko Handicap run over 1400 metres. It was won by the favourite Streets of Avalon, from Wayanka and Arkham Knight. 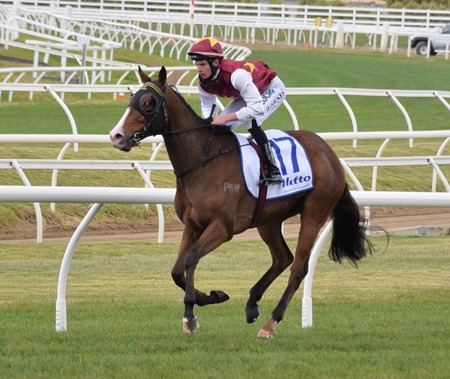 Streets of Avalon returns to scale

New kid on the block Tony Nicconi was the favourite for the Vain Stakes, after he had won his first start by four lengths, and proved at this, his second start, that it wasn’t a fluke, winning the Vain Stakes narrowly from Long Leaf with Native Soldier running third not far behind. 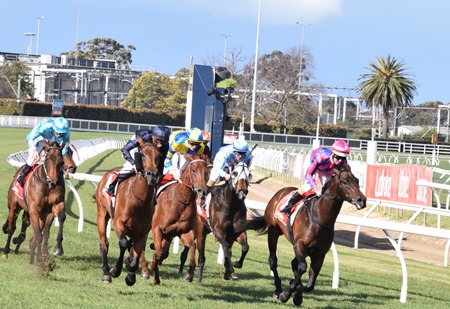 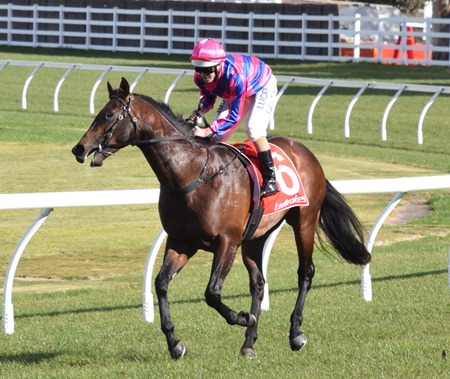 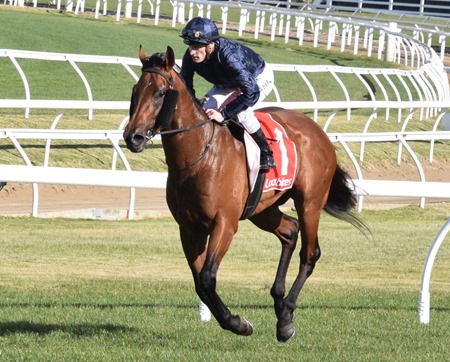 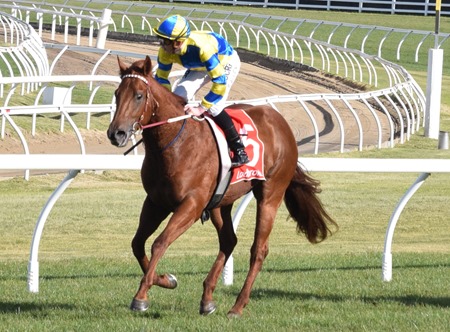 Back in the stalls area after the Vain Stakes we had the good fortune to run into Sunlight’s trainer, Tony McAvoy, and got him to sign our racebooks against her name. He was pretty positive that his star filly would win the Quezette after we mentioned that we didn’t want to jinx her after getting his signature.

But before the Quezette Stakes was run we took time out to watch the Winx Stakes on a screen nearby. Fortunately this area was sheltered as it had started to rain heavily as Winx romped home in the race named in her honour, winning by over two lengths from outsider Invictus Prince and stablemate D’Argento.  The mooted challenge from Kementari was short lived as Winx sailed past him in a trice, as they turned the corner into the straight, and he was lucky to finish fourth.

Sunlight was the starting favourite for the Quezette Stakes and prevailed, fighting out a challenge by Humma Humma to win by a nose.  Thrillster finished third. It was pleasing to see Sunlight back in the money after her game second to Nature Strip recently in Adelaide. 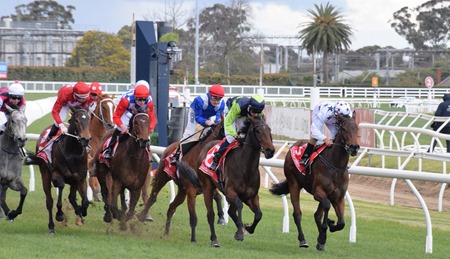 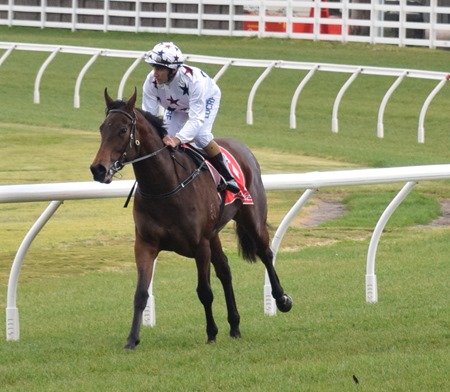 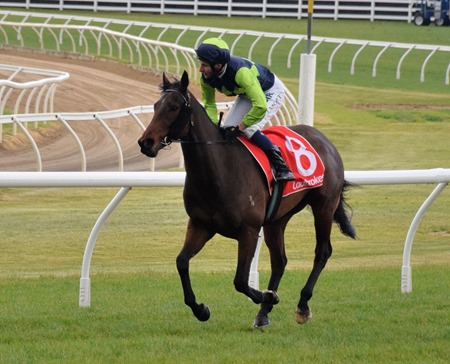 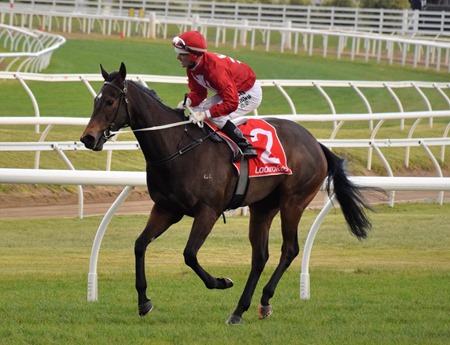 It was pretty dark and overcast while the Quezette Stakes was run, hence the darkish photos above, but amazingly it fined up for the feature P B Lawrence Stakes which was up next.

Here are some parade ring photos of some of the contenders… 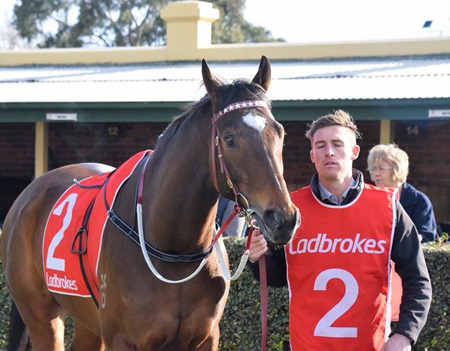 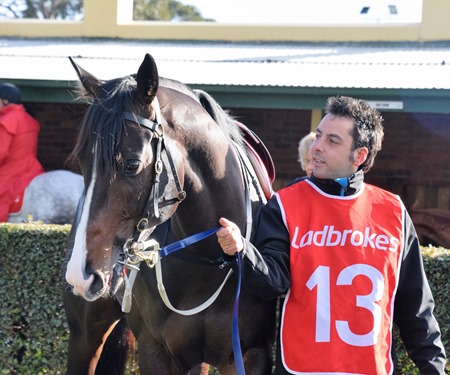 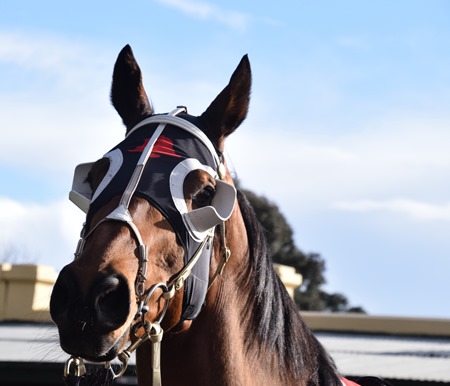 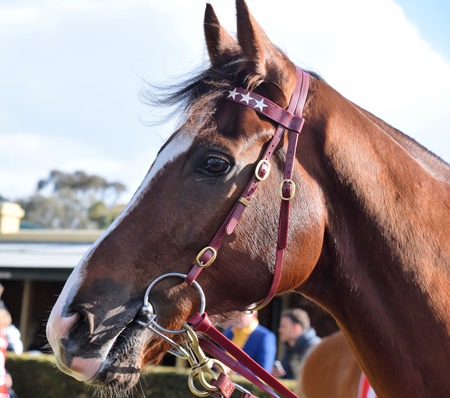 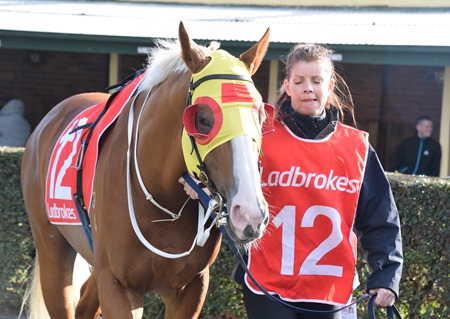 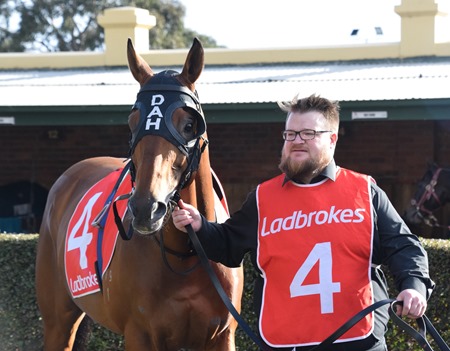 Three year old colt Grunt started as favourite, but finished 5th, though less than a length from the winner Showtime, who was second favourite after being highly spruiked by the Hawkes, his trainers. In a way I was relieved that my favourites didn’t win considering the P B Lawrence Stakes hoodoo on winners. It will be interesting to see how Showtime fares for the rest of the spring racing season.

Hartnell finished second, beaten half a length on the line and outsider Widgee Turf was third. 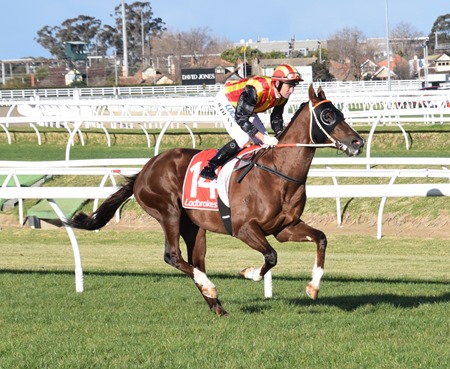 Showtime on his way to barriers 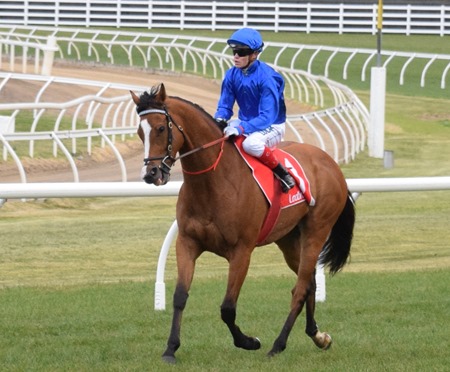 I headed home after the Lawrence Stakes, heartily glad to climb into the comparative warmth of a train after being quite cold for most of the afternoon, despite dressing appropriately.

Next Saturday the racing is at Moonee Valley which has a few interesting races on the program. The weather is predicted to be fine and sunny for a change, so I’ll probably attend. I haven’t been to Moonee Valley since Cox Plate day last year.