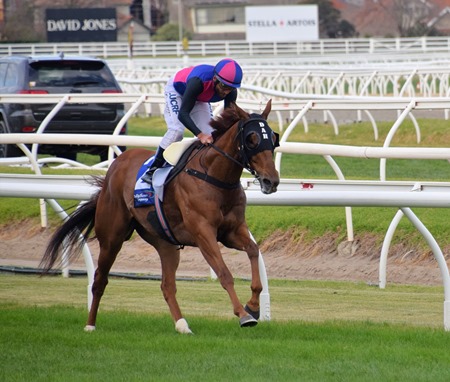 It wasn’t really an enchanted afternoon, unless you count the blessedly balmy weather, but otherwise it was comfortably normal.

Yes, it was good to be back at the races despite the majority of the card being mainly uninteresting.

It was however worth attending for the feature race, where Vega Magic signalled that he was back with a vengeance, winning the Bletchingly Stakes by 3 lengths after leading throughout. Voodoo Lad finished second and Jungle Edge third. Vega Magic has now been snapped up by a stakeholder to contest the super sprint competition, The Everest, a race in which he finished second last year.

Shortly after the Bletchingly Stakes was run, the highly anticipated clash between Sunlight and Nature Strip was on, where Nature Strip blitzed the field to win by 6 lengths from the totally outclassed Sunlight, and lived up to the high expectations placed on him.

I reached Caulfield around 1.15pm, just after Race 3 and stayed for the following four races. It was an opportunity to get back into photography and catch up with my fellow photographer friend Rebecca.

We both have Casual Membership cards for the Melbourne Racing Club which gives a season’s access to General Admission areas. We were offered, via a text message, an opportunity last Saturday to enter the Members Stand, which we were curious to accept, thinking it might give better views of the track for taking photos. In brief, it did not as the rails were too high to get a clear shot of horses crossing the finish line, and we both decided we preferred our usual possies for snapping pics.

So I watched Race 4 the Ladbroke’s Multiverse Handicap from the hill above the stalls area. Thankfully the rail was in a true position so rail free shots were easy to get. 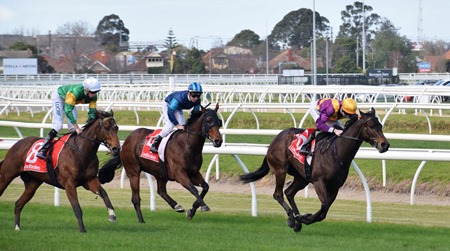 The feature race was scheduled as race 7, so I got some photos of the main contestants in the pre-parade ring. 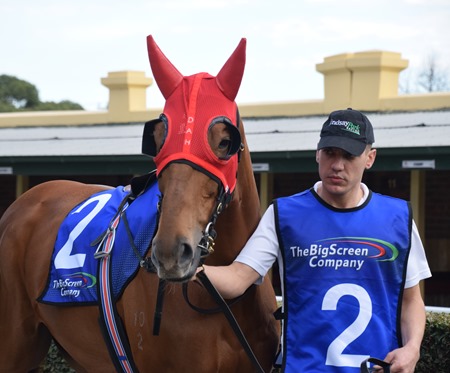 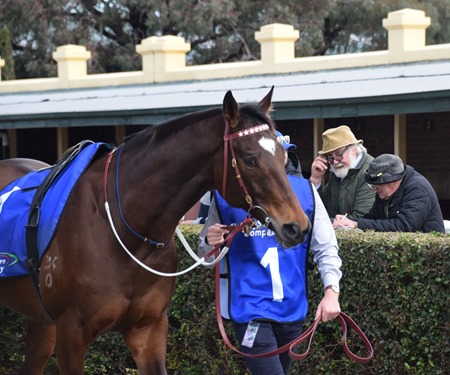 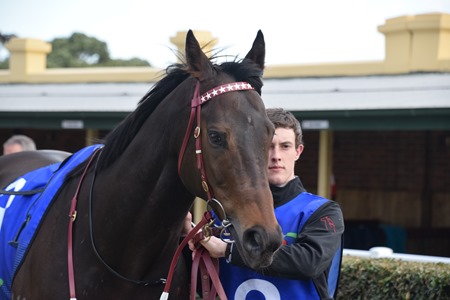 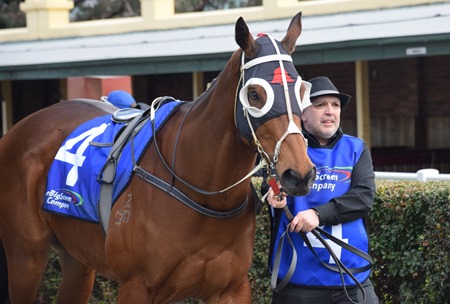 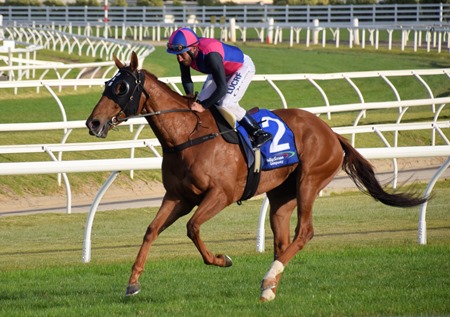 There’s not much happening in racing next weekend other than the Missile Stakes at Randwick,  so there are a few more weeks to wait before the incipient Spring racing season really kicks off and I eagerly return to the track.

Posted by Anne S at 8:24 pm No comments: Links to this post 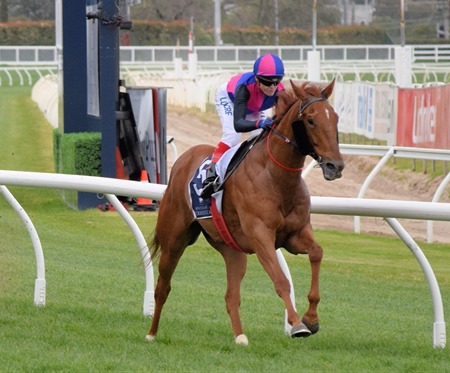 Psyching myself up for the start of the 2018 Spring racing season, I’ve decided to go to Caulfield this coming Saturday for the Group 3 Bletchingly Stakes, the last Group race of the 2017/2018 racing year.

Named for champion sire Bletchingly (Kingston Town’s dad),  it’s a dandy race over 1200 metres and this year has attracted a good field of contestants that include Group 1 winners Black Heart Bart and Vega Magic.

The aforementioned are naturally the class horses in the field with Vega Magic likely to start as favourite.  The race is a little short for Black Heart Bart, but others such as Voodoo Lad who won the Group 3 John Monash Stakes at his last start a fortnight ago is likely to be in the finish. Three year old Jukebox ran third in the John Monash after starting favourite, but may have improved on that run, though is not well advantaged at the weights.

The most interesting race of the day is in fact being run at Morphettville where super filly Sunlight is kicking off her spring season in the Listed Lightning Stakes and faces stiff competition from spruiked new sprinter Nature Strip, who has strung together a couple of wins at Flemington recently and is rock hard fit. It looks a fascinating race with these two classy contenders and it’s a toss up which of them will win the bikkies. I’m hoping Sunlight prevails. Astrologically she has the perfect name for the time of year, the dominant zodiac sign being Leo, who is ruled by the sun.

The weather tomorrow in Melbourne is expected to be mild and sunny, so it will be pleasant to be outside for a change and get some photography practice.

With Winx’s first race of Spring only three weeks away,  it won’t be long before the good horses all return to the fray. Winx had her first trial last Monday and looked good despite not winning or even trying to win .  Chautauqua was in the same trial but refused to leave the gates, so his future is uncertain. He did successfully leave the gates a few weeks earlier in a trial at Flemington, so he’s obviously a horse with a will of his own. His connections are understandably puzzled by his attitude as by all reports he is physically fine, though getting on in years.

Posted by Anne S at 2:39 pm No comments: Links to this post 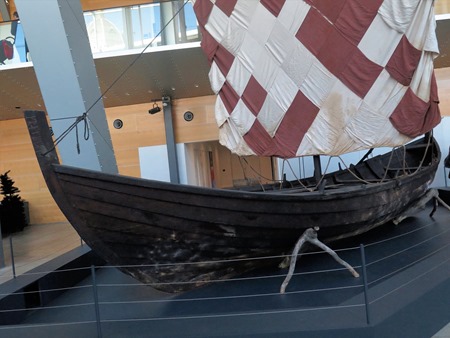 Having read earlier this year Saga Land by Richard Fidler and Kari Gislanson, I was rather keen to go and look at the Vikings Exhibition at Melbourne Museum, so this week B and I braved the icy winds and ventured thence.

As exhibitions go, it was a tad disappointing, with most of the artifacts being on the small side in display cases. However, it was reasonably comprehensive, ranging from domestic articles to weapons of warfare. 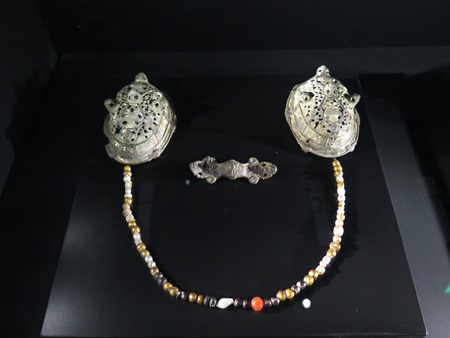 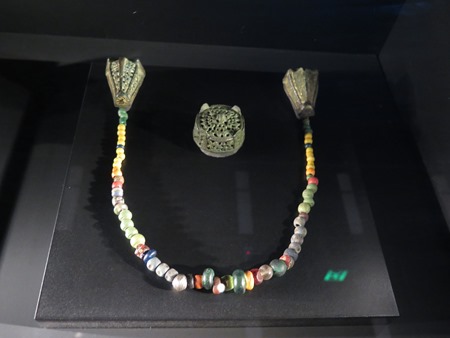 … and a neat drinking horn 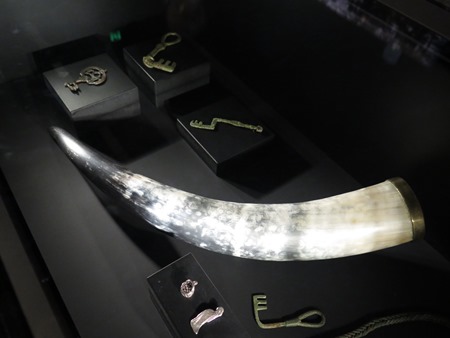 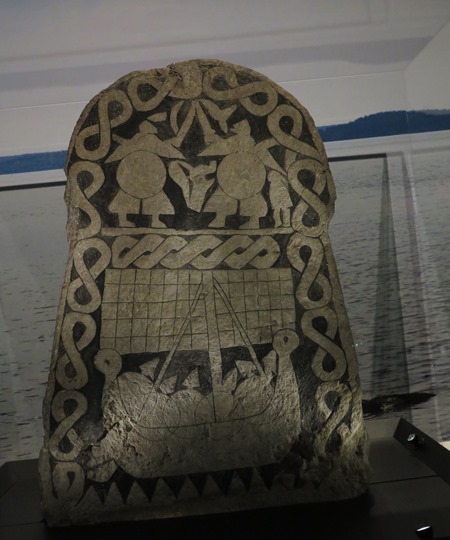 and this rather lovely little carving of a cat 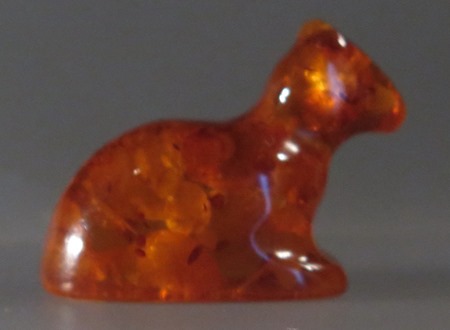 Cats were associated with the Norse Goddess Freyja who is sometimes depicted in a chariot drawn by two cats.

It was interesting to learn that Freyja is also linked to the magic brooch Brisingamen, which in turn reminded me of a children’s book I read long ago called The Weirdstone of Brisingamen by Alan Garner. 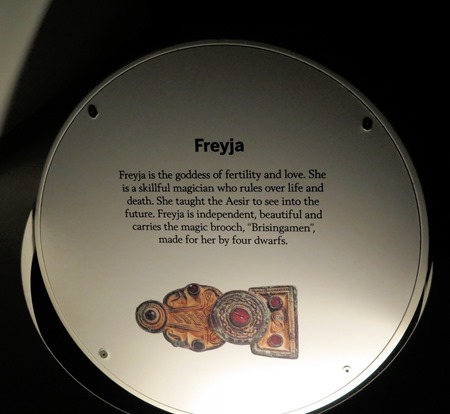 It takes about an hour to get through the exhibition and of course you end up in the Museum Gift Shop where you can buy Viking themed t-shirts, beanies etc.

I insisted we go and visit Pharlap after emerging from the Vikings. 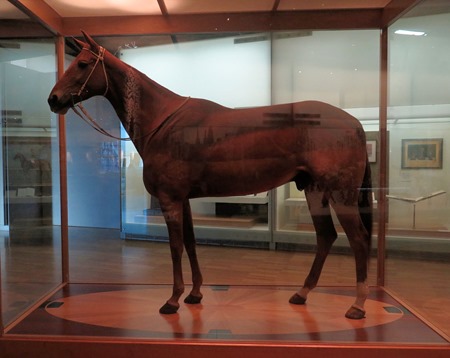 I’ve been visiting Pharlap for over 50 years, as a child first seeing him in the old Melbourne Museum when it was in Latrobe Street. I still have fond memories of the old museum, with its wonderful old machines, dioramas and cases of fossils. In a way I preferred the old museum hodgepodge layout to the new one with its tidy themed exhibits.

Anyway, seeing Pharlap was a pleasant reminder that the Spring Racing season is only a few weeks away. Watching Pharlap’s last race on the Movietone News, playing in a loop at his exhibit,  I saw similarities to the turf stars of today in his style of racing, running wide to overtake the leaders and win by a couple of lengths – doing a Winx, as I remarked to B as we watched it on Wednesday.

I can’t wait for winter to be over, this year seeming colder than previous years, but I shall venture to Caulfield on Saturday week to kick off my Spring racing season, and witness the running of the last Group race of the racing year, this being the Group 3 Bletchingly Stakes. Let’s hope it won’t be a repeat of last year, where the races were called off due to gale force winds.

Posted by Anne S at 7:48 pm No comments: Links to this post