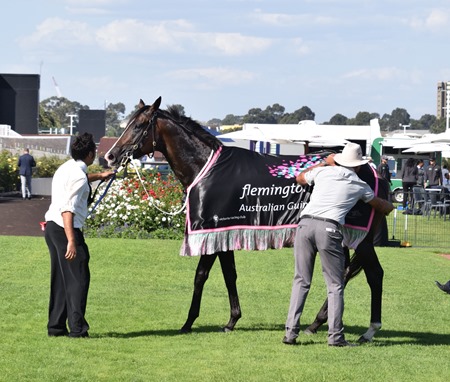 Grunt being rugged after winning the Australian Guineas

Though the racing at Flemington was in the main not that interesting on Saturday, it was a fine sunny afternoon to attend and soak up some Vitamin D.

Due to the Flemington train timetable I was obliged to arrive at the course early and I got there around 1.00 pm  just before Race 2, so there were over three and a half hours to kill whilst waiting for the feature race.

Naturally I used the time to practice photography on the earlier races, and since it was a bright day decided to try out the Active D Lighting option on the camera, which according to the Nikon User Manual is a useful setting for bright sunny situations.  It worked a treat, as normally the contrast between highlights and shadows is extreme and needs adjustment during photo editing.

I  watched Race 2, the Roy Higgins Quality a 2600 metre race for stayers, from the fence near the mounting yard, so didn’t get any photos of the action, just the winner Aloft returning to scale from the track. 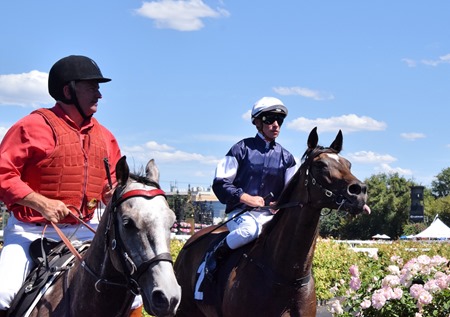 I ambled around the stalls area, but most of the Guineas field had not at that time arrived at the course, so I headed up to my usual spot and pretty well stayed there for the rest of the afternoon.

Nearby, children were being entertained in the Pharlap Club by a Magician. 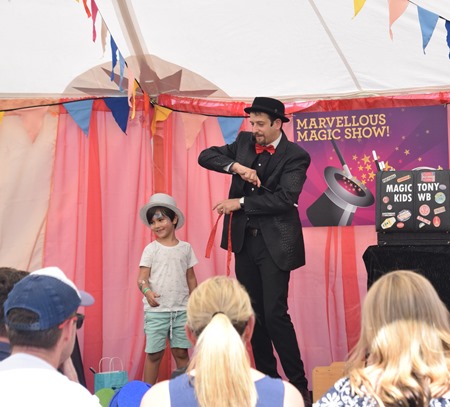 Tony the Magician in action with audience volunteer

Race 3 was the Mitty’s Handicap, a race for fillies and mares over 1100 metres. The favourite was Hear The Chant who, racing on the speed, went on to win, with Fragonard running second and Essence of Terror third. 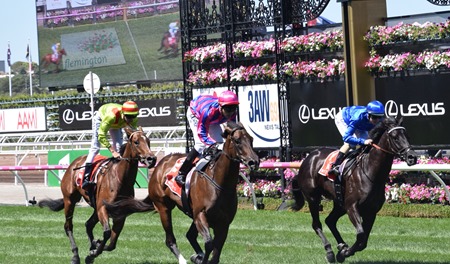 Mitty’s Handicap finish – Hear The Chant is outside Fragonard 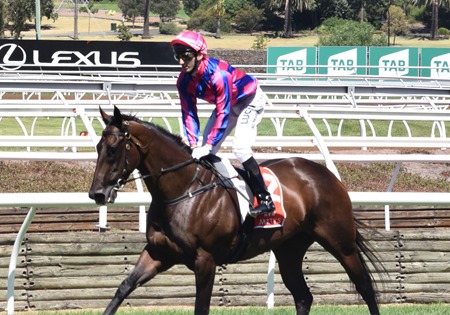 Hear The Chant returns to scale

So onto Race 4, the moderately interesting Group 3 Frances Tressady Stakes, where Flippant started favourite and won after leading the whole 1400 metre trip. Oregon’s Day was the runner up and Soho Ruby ran third. 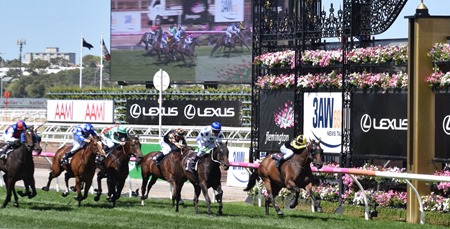 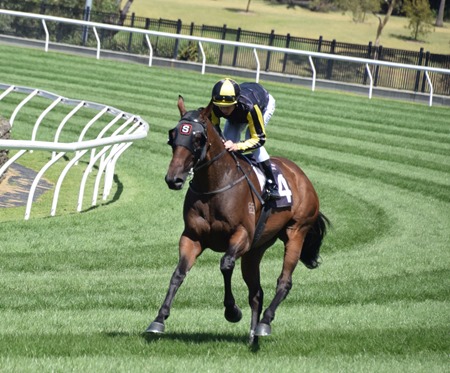 As it was quite hot out in the open, in between the races I sought shade up in the James Boag’s Celebration Deck where surprisingly there were unoccupied umbrella shaded tables which provided respite from the sun.  It certainly wasn’t crowded at Flemington last Saturday – the wide open spaces were sparsely populated.

I was amused by the oxymoronic VRC Members Express, a sort of droll conveyance for the convenience of Members who couldn’t be bothered walking from one end of the course to the other. It crawled along at snail’s pace, belying its hifalutin title. 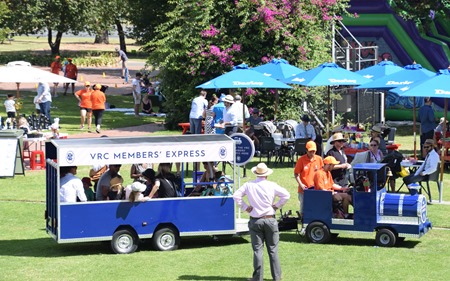 Race 5, the Australia Handicap was pretty uninteresting as I’d hardly heard of many of the runners. Run over 2000 metres it was won by 2007 Cox Plate winner El Segundo’s brother Big Sur by  over three lengths from Big Pat’s Pontiac and Wannon Warrior. 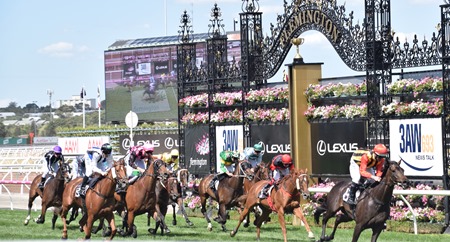 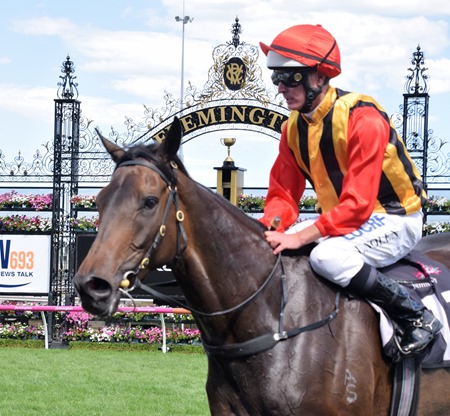 As Winx race the Chipping Norton Stakes was scheduled at 3.30pm I made sure I was near a big screen to watch the event screened from Sydney. Winx was heading to the barriers as the Australia Handicap winner’s presentation was being held in the mounting yard. 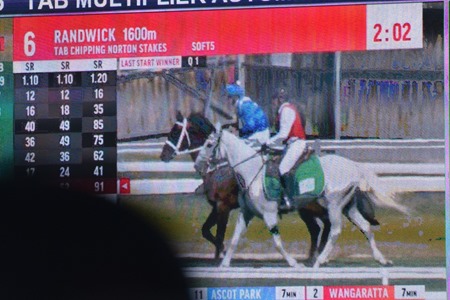 Winx was simply breathtaking, winning the Chipping Norton Stakes by over seven lengths from Prized Icon with consummate ease.  Galloping at the tail of the field, Winx took charge on the turn into the straight and sailed to victory, Hugh Bowman barely moving in the saddle. A scattered applause was the response at Flemington from those few who were watching the race on the Public Lawn. She now has won 23 races in succession, 16 of them being at Group 1 level, one more than Black Caviar.  It appears very likely that she will match Black Caviar’s record of 25 consecutive wins this autumn racing season.

That was the must watch race of the day as far as I was concerned, and at Flemington there was still one race to run before the feature event.

This was the Group 3 Autumn Handicap, an open competion run over 1400 metres.

Tshahitsi led for most of the race, but was swamped by outsiders Nozomi, Violate and Cool Chap who finished first, second and third respectively and the favourite Poetic Dream finished fifth. 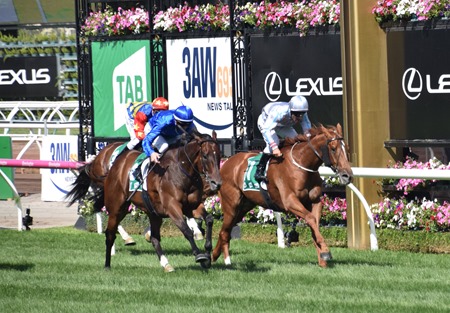 Race 6 finish – Nozomi is in the blue silks 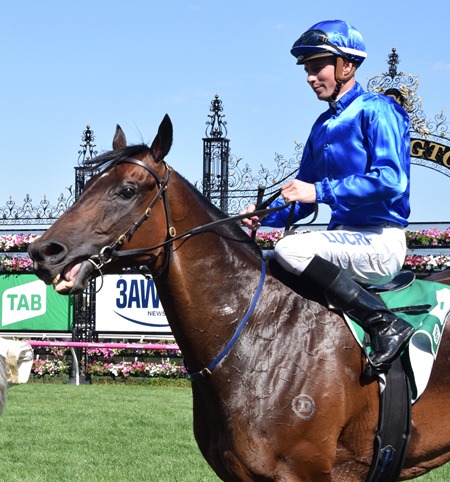 The Australian Guineas was the next race to jump, and truth to tell the most interesting race of the day at Flemington, so I pegged out a spot on the fence around the mounting yard. The roses had grown profusely and impeded the view from many areas around the yard. Whilst waiting for the Guineas field to arrive I watched the Surround Stakes from Sydney on the big screen. Shoals won from Torvill and Rimraam and Shumookh dead heated for third.

Here are some photos of the Guineas parade… 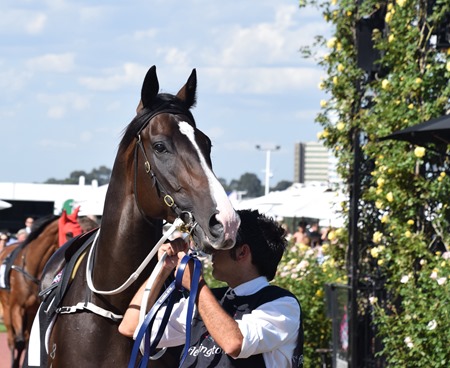 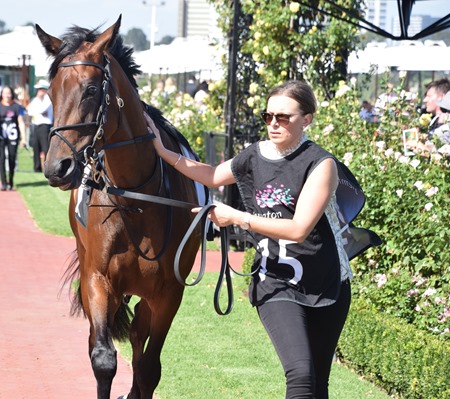 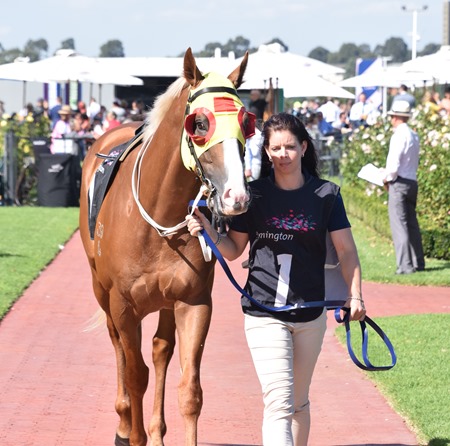 … and heading for the starting gates. 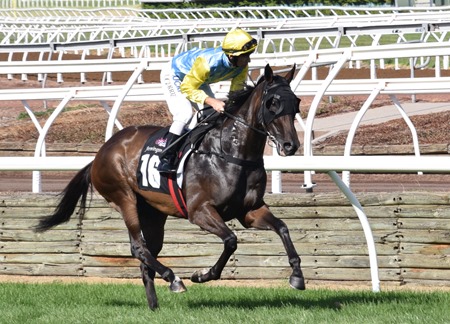 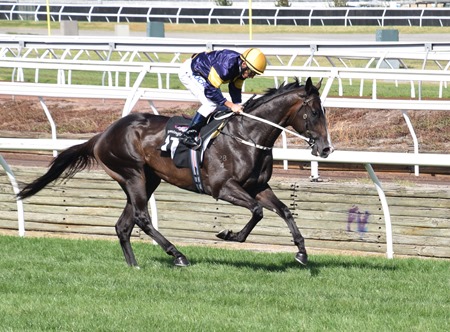 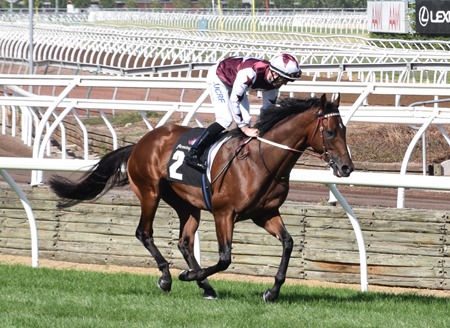 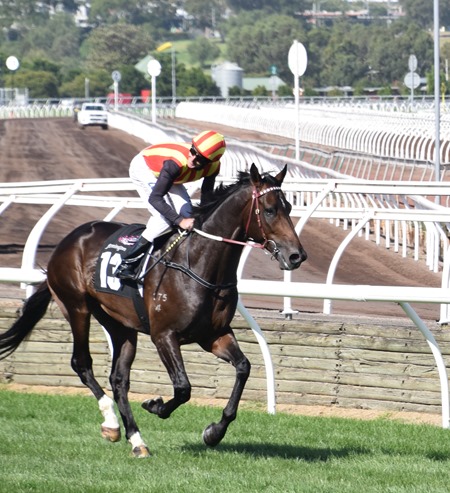 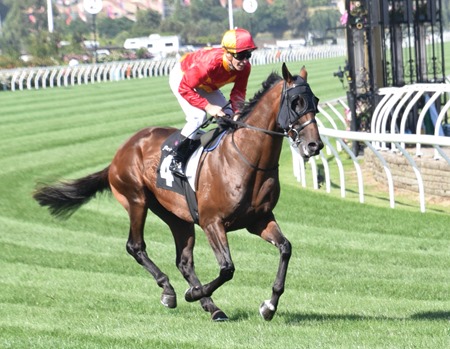 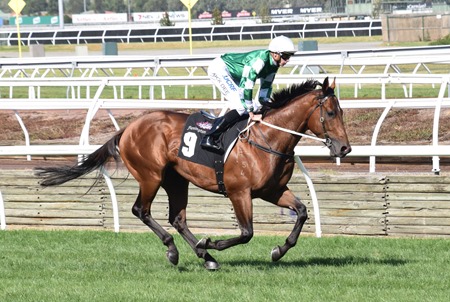 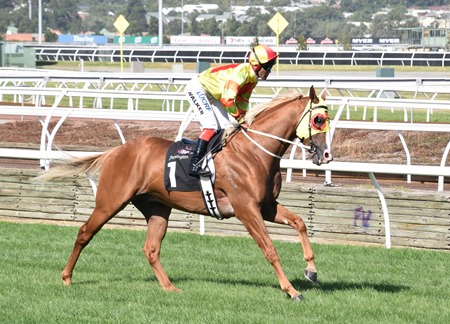 Grunt showed what a game little trooper he is, winning the Australian Guineas by half a length from the challenging Peaceful State with Bring Me Roses two lengths behind running third. Cliff’s Edge was the starting favourite, but wore himself out leading the field for most of the race and finished seventh. 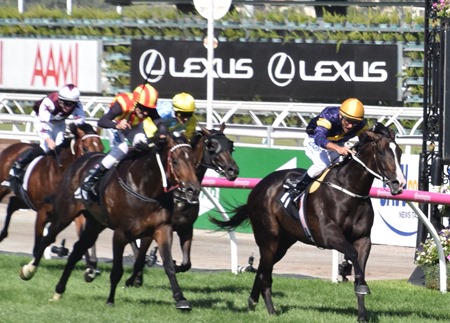 With the feature race being run and won, I headed for the station and home. It was another of those weekends where buses were replacing trains on the Hurstbridge line between Macleod and Clifton Hill, so it took a bit longer to get home than normal.

Next week is the so called Super Saturday at Flemington which features the Group 1 Australian Cup and Newmarket Handicap.