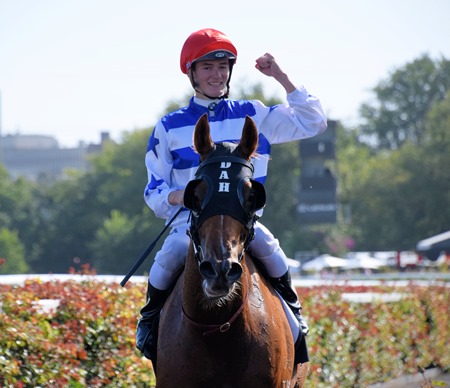 It was another classic Group 1 finish in the Black Caviar Lightning with Redzel, who looked the winner, being overtaken at the finish line by Redkirk Warrior, who flashed down the outside to win by a nose. It was a perfectly timed run by jockey Regan Bayliss who had reason to celebrate after several recent misjudged rides had dented his reputation. Missrock finished third 1.3 lengths behind.

I reached Flemington at around 1.30 pm,  and headed directly to the stalls area to see the Living Legends who were out in force to mark The Great Horse Raceday.  As I already have heaps of photos of the old legends,  I didn’t bother to get snaps, other than one of Maluckyday who I had not seen before. 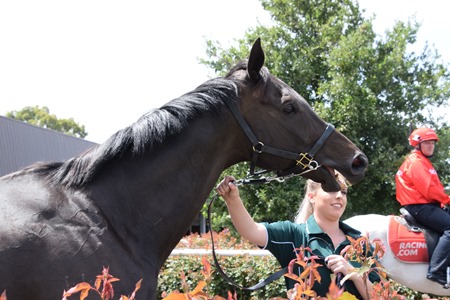 Dillydallying in the stalls area I missed  Race 3, but returned trackside to watch Race 4, the Goodwood Racecourse Handicap (1600 metres) where the romantically named Kings Will Dream, an Irish import with the Darren Weir Stable,  won easily from Notio and Downhearted. 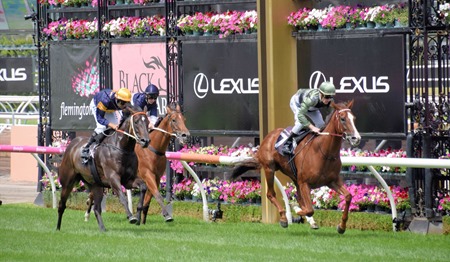 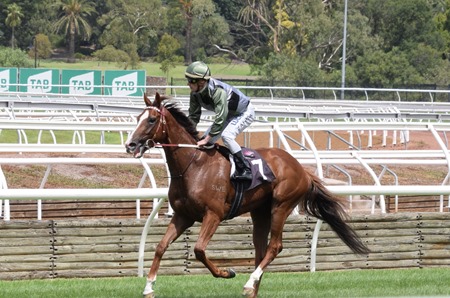 Kings Will Dream returns to scale

Flemington was in festive mode though not crowded, with families out in force. The roses were not yet in full bloom, no doubt perfectly timed to display their full glory on Australian Cup Day. 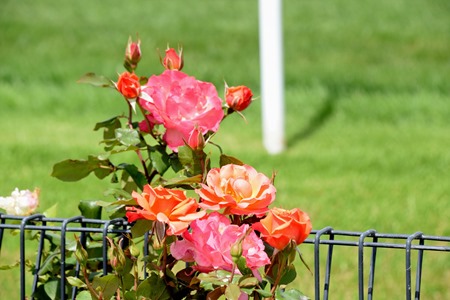 Race 5 was the Royal Ascot Handicap, a sprint over 1200 metres and the Darren Weir trained Ken’s Dream won the race comfortably from Lucky Liberty and Prima. 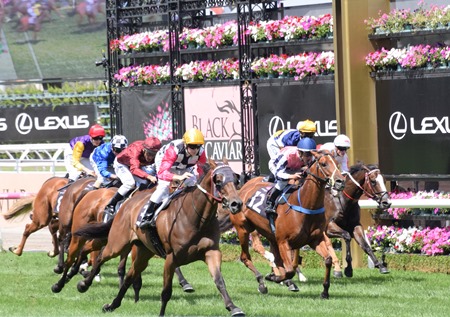 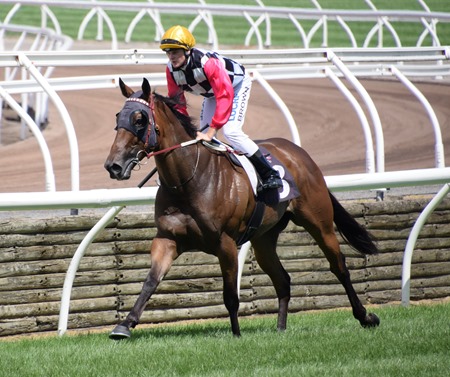 At Randwick, Winx was scheduled to have a trial under race conditions against her stablemates and the race was played on the big screen. Winx looked as good as ever, winning the trial easily in her customary style.

Meanwhile at Flemington, while waiting for Race 6, I idly watched a group of guys form various pyramid poses for photos.  They looked absurd, but obviously put some thought into their configurations. Naturally, a girl was enlisted to take photos. 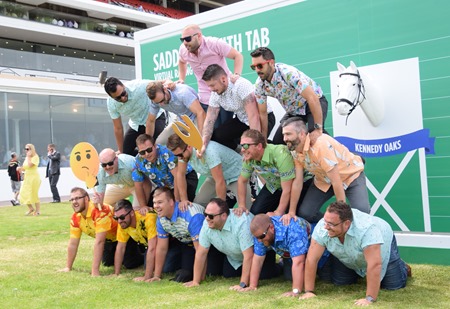 With the Group 3 Vanity Stakes up next, I took up a position on the mounting yard fence to get photos of the fillies parade. 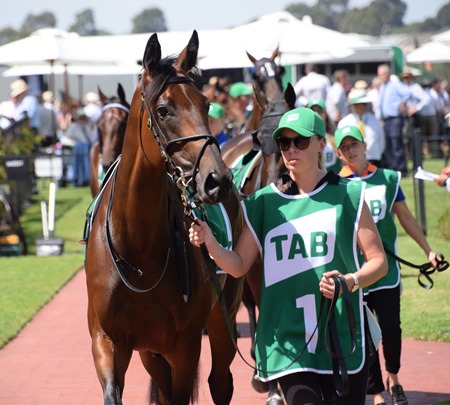 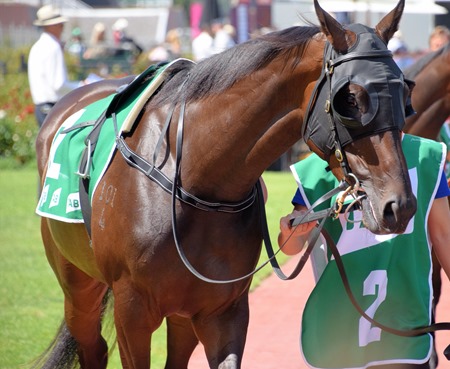 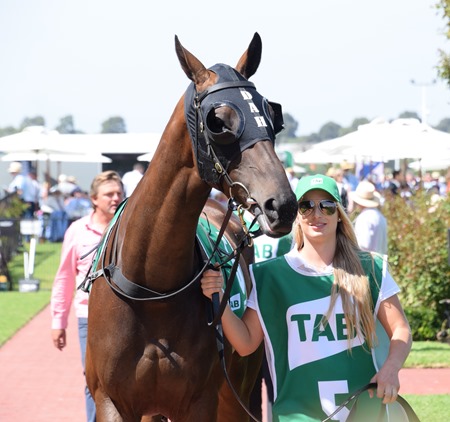 Then I returned to my favourite spot at the access gate to photograph the race.

Aloisia started as favourite, but she was nowhere in the finish, the race being won by Rimraam from Bring Me Roses and Shokora. 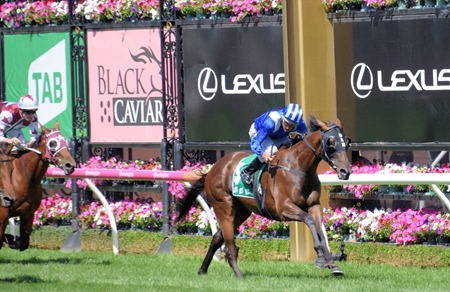 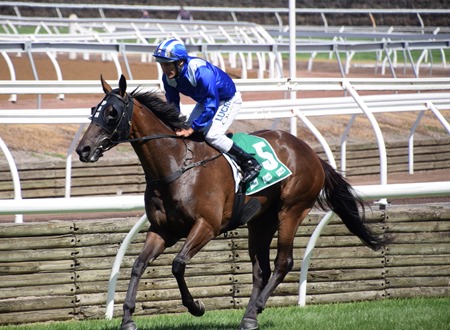 The C S Hayes Stakes was next to jump and the last race before the feature event.

It was a wide open race that any of the 18 strong field could have won, the oddly named Grunt eventually winning quite impressively from Cliff’s Edge and Muraaqeb. 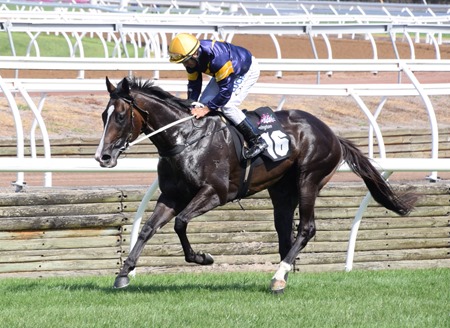 For the Black Caviar Lightning I decided not to bother taking photos from my usual spot, due to Flemington sprint fields generally splitting into two sections – one on the inner rail, the other on the Grandstand side, which makes it hard to get photos of the finish.

So I hung around near the clock tower after watching the mounting yard parade. 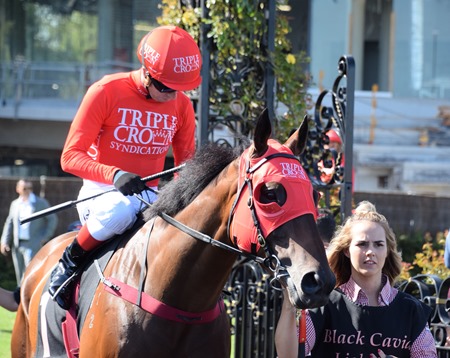 Redzel  on his way to the track from the mounting yard 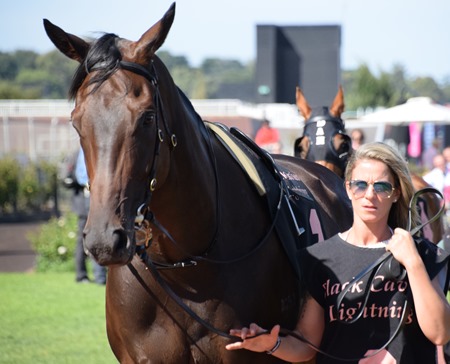 Hey Doc in the mounting yard 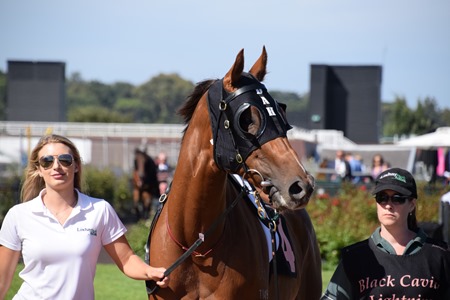 Redkirk Warrior in the mounting yard 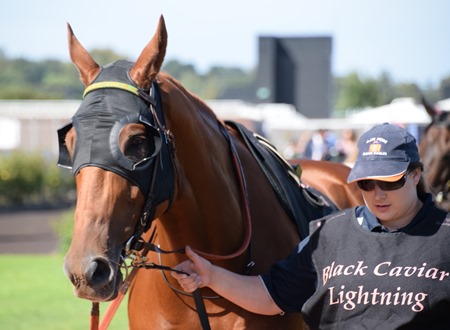 Terravista in the mounting yard 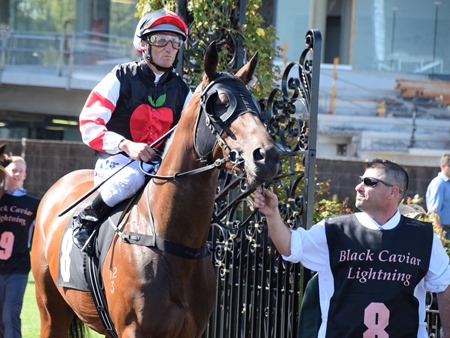 Missrock on her way to the track from the mounting yard

Wouldn’t you know it, the field raced in a bunch down the centre of the track, so I made the wrong call for photographs. The light would have been much better at my usual spot, rather than waiting for the  runners to return to scale with the sun in an unfavourable position for photos – too dark as it turned out, though I must admit the photo of Redkirk Warrior returning to scale above isn’t all that bad. 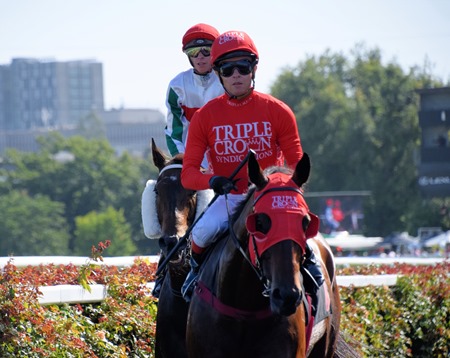 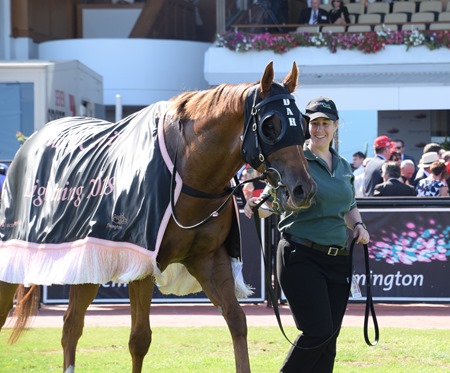 Redkirk Warrior in the winners rug

I headed home after the Lightning Stakes, the two trains transporting me thence coinciding nicely at Southern Cross Station.

Next week we return to Caulfield for Blue Diamond Stakes Day, which features three Group 1 events. Golden Slipper winner She Will Reign will be contesting one of them, so something to look forward to, though it could be tricky and tiresome getting to Caulfield with buses replacing trains between Ivanhoe and Clifton Hill.