What Remains of Edith Finch & Before The Storm

Whiling away the time until the autumn racing carnival I have been playing a few new computer games.  I only mention on my blog the games that strike me as refreshingly original, and such a one is What Remains of Edith Finch by Indie Game developer Giant Sparrow.

Classified as a walking simulator, a genre I rarely play, it has the distinction of being much more than the usual run of the mill walking sims, with a startling approach to revealing the plot as the game progresses.

What Remains of Edith Finch tells the story of the seemingly cursed Finch family and Edith is the sole remaining survivior who returns to the family home seeking answers to the mystery of the family curse.

It sounds like a horror story, but it’s not.

The rendering of  the house is astoundingly detailed. Every room is crammed with objects and the player can zoom in and read book titles, newspaper articles, look at pictures and objects etc, which hint towards the particular interests of the family member.

What makes this game unique is the way each of the 12 deaths are presented.

With most of the rooms in the house locked, Edith must find another way to gain access to them, armed with key given her by her late mother. In each room she finds clues to the personalities of her forebears and siblings,  and has access to their last day of life through diaries, letters, poems, photos, and even a comic book. Each one she opens launches a mini game, all of them diverse and completely different from each other,  unfolding like a series of short stories.

I can understand why What Remains of Edith Finch was deemed by the gaming community one of the top games for 2017.

Like chalk and cheese, prior to playing Edith Finch, I spent, not exactly an enjoyable, but certainly an interesting week, playing the prequel to Life Is Strange, titled Before The Storm. 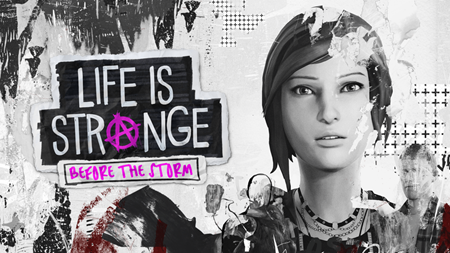 Life is Strange is one of the best games I’ve played over the years, so naturally I had to get Before The Storm.  Released in  three episodes, the game is set three years before the events in the original Life Is Strange and concentrates on Chloe Price and her relationship with Rachel Amber, who is the subject of Chloe and Max’s investigation in the original game.

It was fun playing as Chloe Price, a rebellious teenager, though I tended in my choices to make her a nicer person and tried to keep her out of trouble. Despite my efforts Chloe was a magnet for trouble, which led to some tense moments in the game with the frightening sociopath Damon Merrick.

The game also harks forwards to Life Is Strange, providing background information on several of the main characters and explains some of the ambiguities in the original game.

Though What Remains of Edith Finch and BeforeThe Storm were totally different to each other, it was fun and occasionally mind blowing playing them.