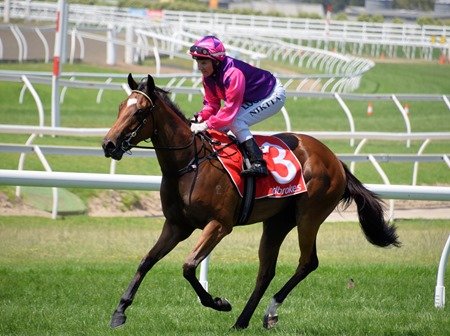 Lady Horseowner returns to scale after winning the fillies Preview

Despite the temperature being in the low 30°s, the humidity factor made it feel close to 40° when standing out in the sun, so I didn’t stay all afternoon at Caulfield Racecourse yesterday.

I arrived in time for the first race in fact and stayed for the following three races, before calling it quits and heading home.

Race 1 was the Cape Grim Beef Plate, a handicap run over 2000 metres, so I decided to watch it from the public lawn and test the new lens from that position. 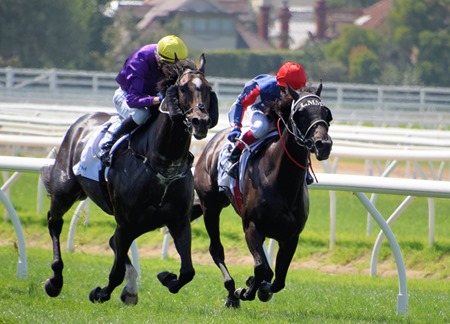 The winner Night’s Watch came wide from the back of the field  to narrowly beat The Chairman on the line. Pretty Punk  ended up in fourth place being overtaken by Golden Mane.

Taking photos in bright sunlight has its drawbacks, resulting in high contrast images, so overall the new lens handled it better than expected.

For the Blue Diamond Previews I moved to my normal spot above the stalls area. I’ve always found the lighting to be better in that position.

There were flattened Marquees lying all around, which is worrying in relation to upcoming feature race days.

Will the Hill be off limits?

In the pre parade ring the colts were were being perambulated around half the enclosure, avoiding a medical emergency in the centre, where reportedly a strapper had been kicked in the face by a horse before Race 1.

I hope the strapper is alright, as he/she was attended for well over an hour before being stretchered out of the ring.

Long Leaf kept his unbeaten run of wins intact with a gutsy victory in the colts Blue Diamond Preview, beating Ollivander with Run Naan, who was hampered by the erratic Robe De Fete. scrambling into third place. 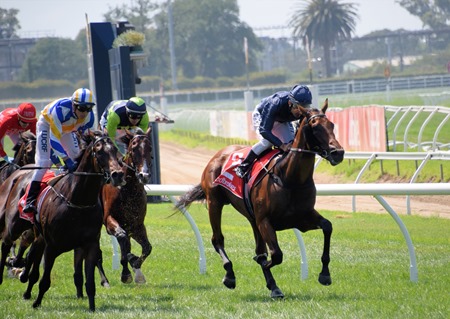 Just past the post – Long Leaf  is still ahead 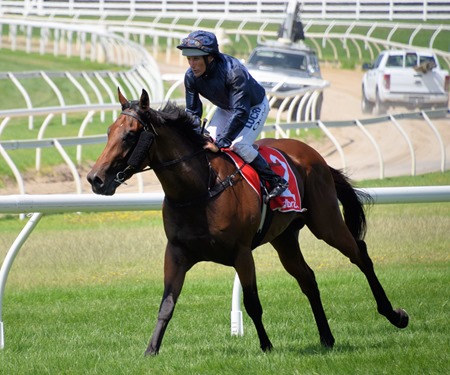 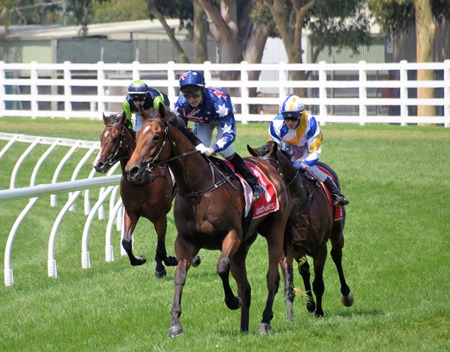 In my last post I mentioned four fillies as chances to win the fillies Blue Diamond Preview, and I’m pleased to note that they finished as the first four, with Lady Horseowner defeating Crossing The Abbey, with Oohood and Downloads running third and fourth respectively. 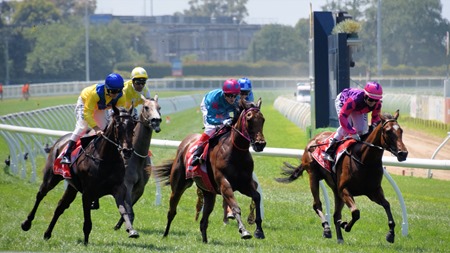 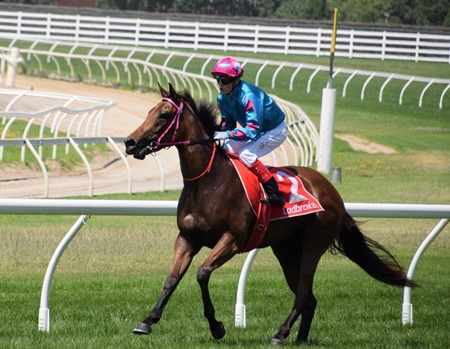 Crossing the Abbey returns to scale 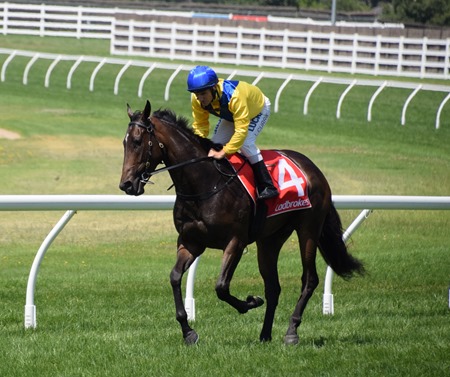 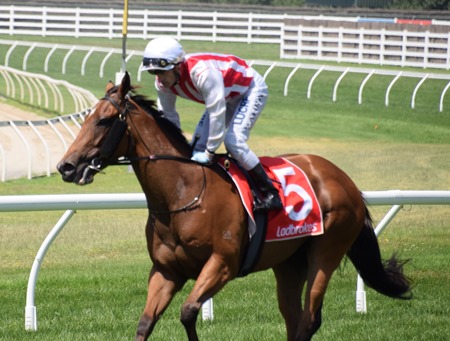 I stayed for race 4, the Blue Diamond Gala Dinner Plate, a race for three year old fillies run over 1100 metres. 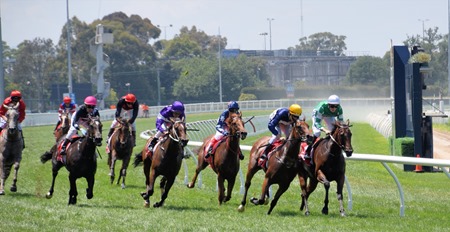 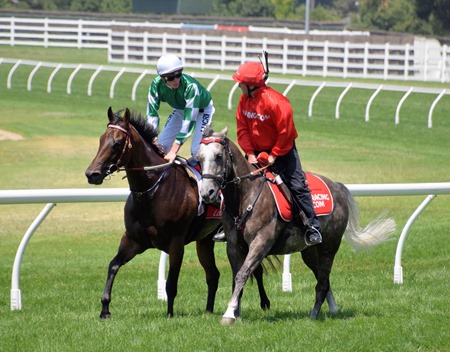 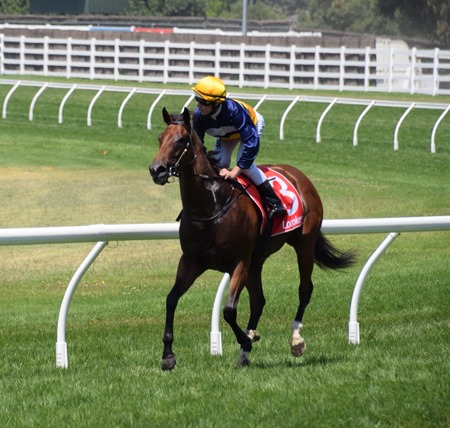 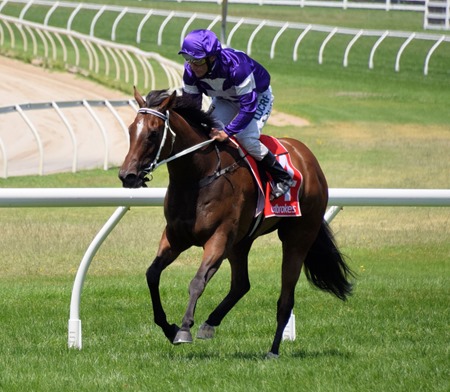 As the new lens has a much wider focal range than my regular Nikon lens, it seemed to cope better with the bright light and the rail being out by six metres, so I’m glad I tried it out in situ so to speak.

They’re racing at Caulfield for the next two Saturdays, so I might go to the next meeting, depending on who is running and how hot it will be.