A Glimmer of Diamonds 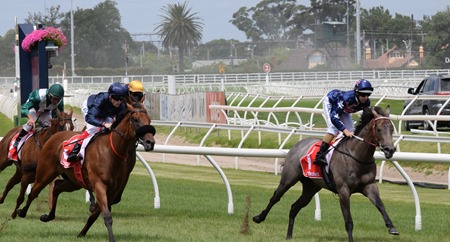 The first Group 1 race of the Melbourne Autumn Racing Carnival, the Orr Stakes is only a fortnight away, scheduled for the 10th of February, closely followed by the Black Caviar Lightning and Blue Diamond Stakes Day.

The Blue Diamond Stakes is one of the jewels in the crown of autumn racing in Melbourne, so I always take an interest in the build up races featured over the next few weeks.

Tomorrow at Caulfield there are the Blue Diamond Previews (for 2 year olds) – one for colts and geldings, the other for fillies - so I’m looking forward to heading to the course to witness the action.

Earlier this week,  the weather for Saturday was predicted to be 39°C, so Racing Victoria has brought forward the race times, starting late morning and finishing mid afternoon.  Although the predicted temperature has been reduced to 33°C,  the prior arrangements still stand, so I’ll have to get to Caulfield early to see the Previews.

The colts Preview is first and has a small field of 7 runners, the top picks appear to be Run Naan and Long Leaf who both have two wins to their credit.

Most of the 10  strong fillies Blue Diamond Preview field are having their first start, so it’s anyone’s guess who the winner will be, though Lady Horseowner has a bit of form, beating the highly regarded Al Naifa at her only start.  Oohood and Crossing the Abbey also have a run or two under their belts. Downloads appeals as an ideal Aquarian bet. She’s cleverly named (Fastnet Rock / Dance Mix).

I doubt if I will stay for many races tomorrow, but it is a good opportunity to test the new lens I purchased recently for the Nikon D5300. I’ve been meaning to try it out at a racetrack over the past two weekends, but couldn’t be bothered making the journey to Flemington.

I’ve tested the lens at home on the cats and it passed with flying colours. 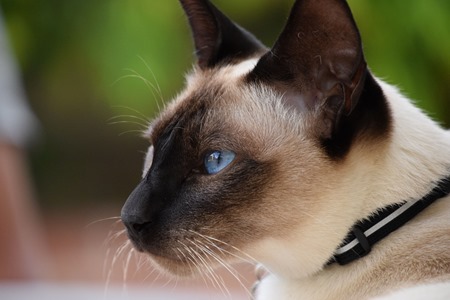 Bingo snapped with the new lens – love the blur

Here’s another photo captured indoors of one of my most loved possessions, the wicker cat sewing basket, draped in a variety of necklaces. 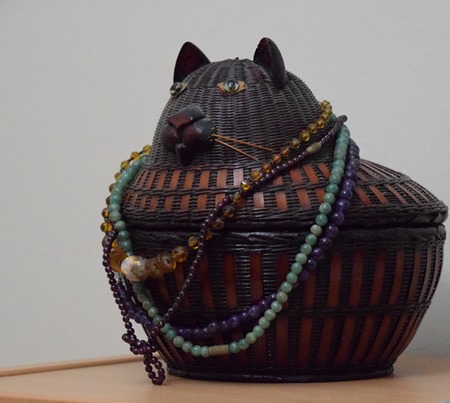 Of course all racing fans are hanging out for Winx first start for autumn which will be the Group 2 Apollo Stakes on 17 February that she has won twice before.  I was contemplating going to Sydney for Golden Slipper Day at Rosehill, where Winx will most likely be contesting the George Ryder Stakes (won twice before as well), but remembered I have a concert to attend in Melbourne that particular Saturday.

It may well be the last chance to see her live in Australia, as there is a likelihood she’ll head to Royal Ascot if she maintains her winning ways this autumn.

She is odds on to equal Black Caviar’s 25 consecutive wins this autumn whether or not she takes on the world. 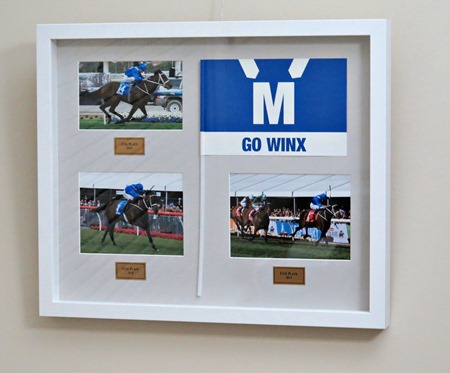