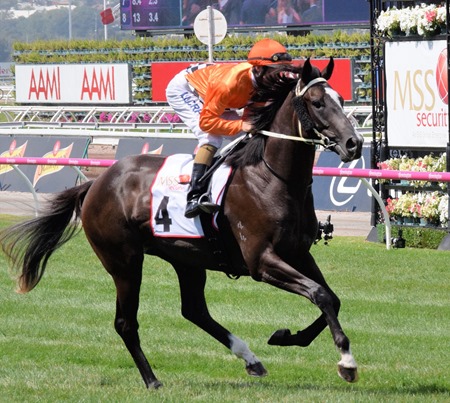 A super line up of races is programmed at Flemington this coming Saturday and features four Group 1 events and several other black type races.

The main race is the Victoria Derby and  the top chances are  Ace High who won the Group 1 Spring Champion Stakes at his last start,  Tangled and Sully  who ran second and third in that race, and the James Cummings trained Astoria, along with Main Stage and the New Zealander Weather With Me.

It will be interesting to see how favourites fare on Saturday with plenty of long shot winners saluting in the recent Group 1 events, which makes it hard to trust the form.

Possibly the pick of the day in terms of class is the first of the Group 1 races, the Coolmore Stud Stakes, a race for three year olds over 1200 metres. A sensationally good field of twenty youngsters will be competing. They include Golden Rose winner Trapeze Artist and Blue Diamond Stakes winner Catchy, along with the talented Houtzen, Invincible Star, Viridine, Formality, Jukebox and Eptimum to name a few.

What used to be the Mackinnon Stakes run over 2000 metres, is now the Kennedy Mile (called Cantala Stakes last year) and is the fourth Group 1 race of the day.  Almost half the field is made up of Chris Waller trained horses, with a few others from the Darren Weir and David Hayes stables. Former Japanese horse Tosen Stardom who finally won his first race in Australia  - a Group 1 at that -  at his last start on Caulfield Guineas Day, will probably start as favourite. Others with a chance are Lucky Hussler who won the Crystal Mile at Moonee Valley last week, Sovereign Nation and Tom Melbourne, though I’ll be barracking for Egg Tart who was quite brilliant in the Autumn, winning both the South Australian and Queensland Oaks, and has won at Flemington over the distance in the past, albeit on a heavy track.

The Myer Classic is the second of the Group 1 events of the day and is a race for fillies and mares over 1600 metres. Last year the then three year old I Am A Star beat the mares, but this year the quality of the field is much stronger and sole filly Shoals will have to beat the likes of Global Glamour, the natural top pick, after her solid win in the Tristarc Stakes recently. I Am A Star is also in the field along with Group 1 winning mares Foxplay, Silent Sedition and Heavens Above.

Tomorrow the weather is forecast to be overcast – again! – and on the cool side. The track however is rated Good 4 as I write, and the rail will be true, praise the Lord.

Just about all the races on the card are worth watching, but I’ll give the first few a miss and aim to arrive at Flemington around 1.00pm in time for the Lexus Stakes, Race 4.

The four Group 1 races are scheduled consecutively after that is run.

I doubt Derby Day will have the same powderkeg atmosphere as Cox Plate Day, but it is roomier at Flemington and less trouble to claim a good position for photos. Another positive is that it will hopefully be easier to get Chris Waller’s signature on my Cox Plate race book, which I didn’t even try to acquire last week.