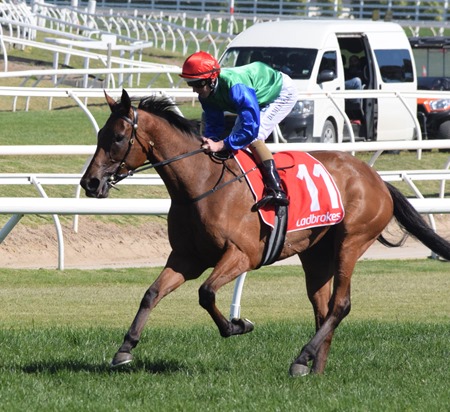 A field of 17 runners have accepted for the Caulfield Cup, and as is usually the case, it’s not that easy to pick the winner.

My personal choice is of course Bonneval, who disappointed last start. Not her fault,  but the way the race was run and the unwise choices made by her jockey during the race. There have been some queries over her fitness to race in the Caulfield Cup, as she was reported to be lame after the Caulfield Stakes, and indeed had a few lacerations on her legs.  She has she been passed as fit to run, and this week will have the in form Kerrin McEvoy on her back -  a positive in my book.

The current favourite is the Aidan O’Brien trained Johannes Vermeer, understandably, after his impressive second placing to Gailo Chop in the Caulfield Stakes.

Also in the picture with a good chance of winning are Bonneval’s stablemate Jon Snow who finished third in the Caulfield Stakes, Ventura Storm and Humidor, second and third to Winx in the Turnbull Stakes at their last start, Amelie’s Star who won the Bart Cummings and Lord Fandango whom I witnessed winning the Group 3 Herbert Power Stakes last Saturday. And I suppose I shouldn’t overlook the other International runner Marmelo who has the services of Hugh Bowman as his rider.

The weather tomorrow is forecast to be overcast with a chance of rain and a top of 17°C . The track should be on the good side, though the rail will be out 6m, more’s the pity.

The trains are back to normal so it shouldn’t take as long to get to Caulfield this week, so I anticipate arriving around 1.30pm to 2.00pm.