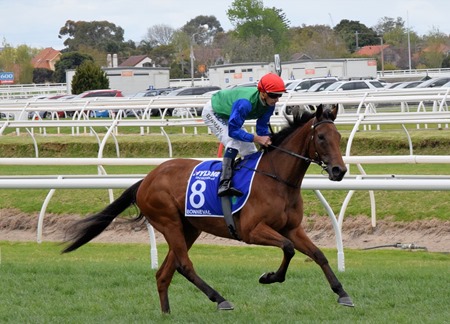 Last Saturday, with all the hoopla regarding the AFL Grand Final, unless you were a keen follower of the turf, you wouldn’t have known about the super weekend of racing that was happening at various racecourses.

It started on Friday night at Moonee Valley, with the feature race being the Group 1 Moir Stakes. I didn’t attend this meeting, much as I would have liked to, the problem of getting home to Ivanhoe discouraging me from going.

There were several interesting races before the main event, where the outcome was gratifying in terms of horses I am following this spring.

Houtzen won the Group 3 Scarborough Stakes, proving she is still a force to be reckoned with,  Jon Snow showed he is on track for the Caulfield Cup  comfortably winning the Group 3 JRA Cup over2040 metres, and I Am A Star scored her first win for the season in the Group 2 Stock Stakes.

The star of the show however was Golden Slipper winner She Will Reign adding the Group 1 Moir Stakes to her CV, beating a pretty good field of older sprinters and up and comers.

On Saturday, while the AFL Grand Final was happening in Melbourne, Randwick Racecourse hosted a fabulous day of racing featuring three Group 1 events – the Flight Stakes, Epsom Handicap and The Metropolitan. Not that I got to watch them as I was at a Grand Final Barbecue with old friends at their place.

But I’m jumping ahead of myself…

I reached Caulfield Racecourse at around 2.00 pm just in time for the first of the Guineas Preludes.

It wasn’t a day for favourites, with the Thousand Guineas Prelude favourite Catchy being relegated to third by Booker and Shoals, giving them too much of a lead to catch in time.

Just past the post in the Thousand Guineas Prelude 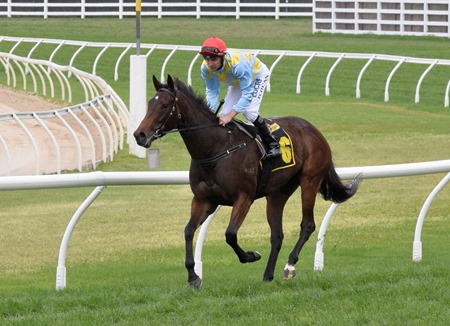 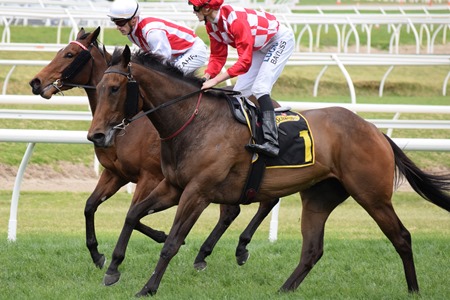 The hot favourite for the Caulfield Guineas Prelude was understandably Royal Symphony, an eye catching colt, who had yet to be beaten and wowed everyone with his gritty win at his last start. He failed to run a place, unable to overtake the three leaders Perast, Summer Passage and Kementari and finished fourth. 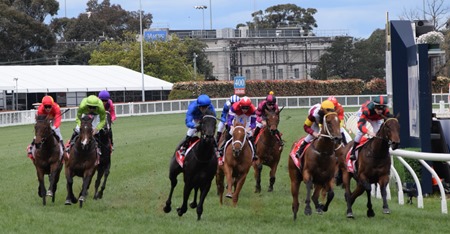 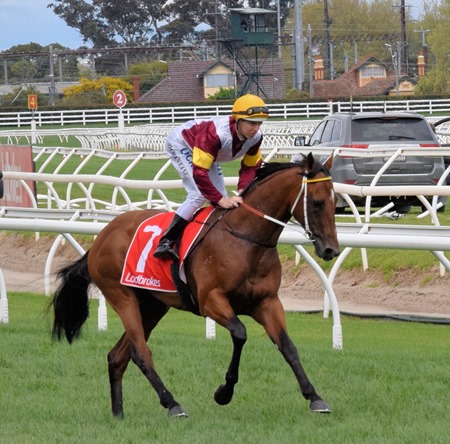 Perast on his way to the barriers 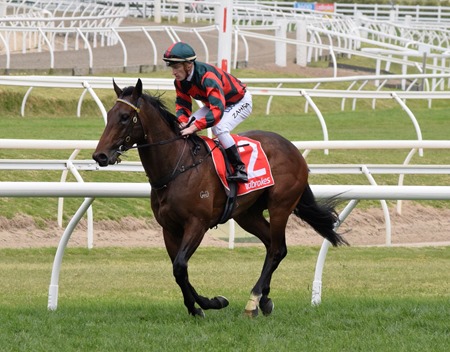 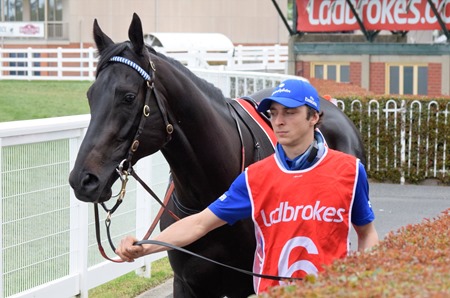 Kementari on his way to the mounting yard pre race 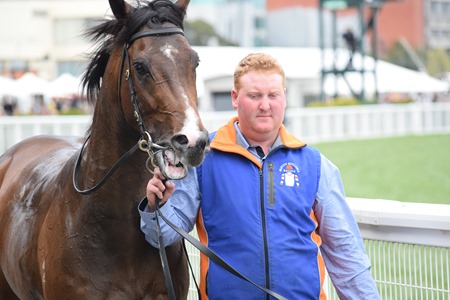 The races were being run at 30 minute intervals so it wasn’t long before the feature Underwood Stakes was ready to run. As previously mentioned New Zealand mare Bonneval, who recently won the Dato Tan Chin Nam Stakes, was the remarkable winner. 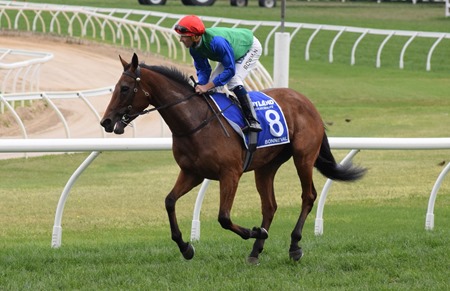 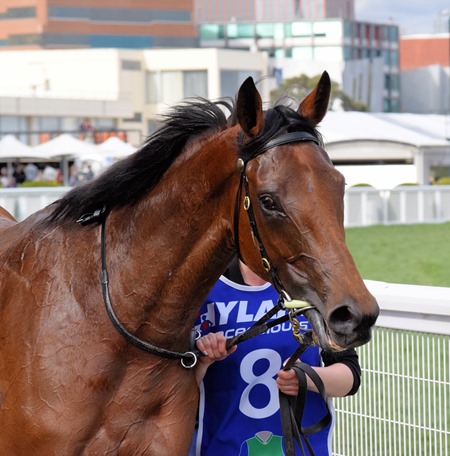 Bonneval returning to the stalls after the race 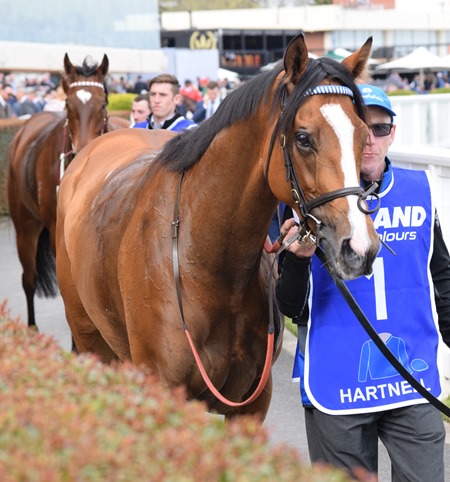 Hartnell returns to the stalls after the race 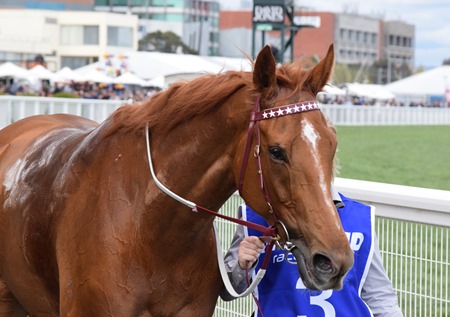 Gailo Chop returns to the stalls after the race.

Bonneval is now favourite for the Caulfield Cup and could well win it if she can beat fellow Kiwi gallopers Jon Snow and Gingernuts who are also aimed at the race.  Last year Jameka finished runner up to Hartnell in the Turnbull Stakes then went on to win the Caulfield Cup, so that bodes well for Bonneval.

I stayed at Caulfield for the other Group 1 race, the Sir Rupert Clarke Stakes, which ended up being won by 30/1 shot Santa Ana Lane from Mr Sneaky and So Si Bon.

Just past the post in the Sir Rupert Clarke Stakes 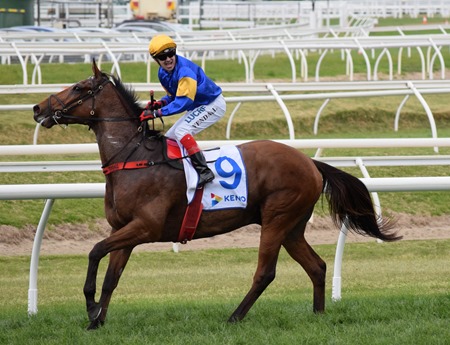 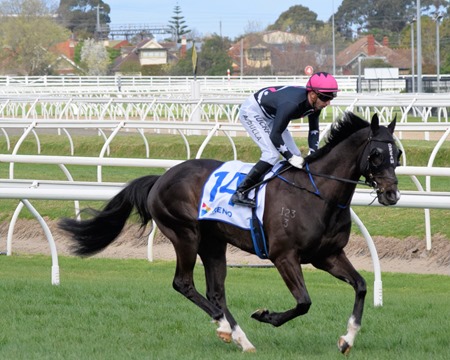 Mr Sneaky on his way to the barriers 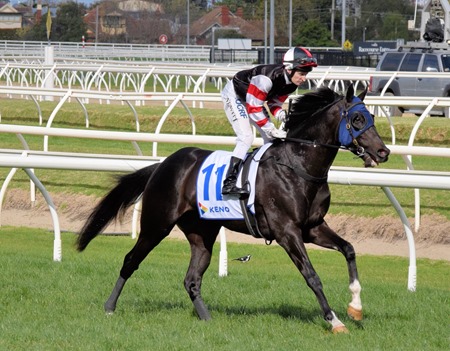 So Si Bon on his way to the barriers

Next Saturday the racing is at Flemington where Winx will be starring in the Group 1 Turnbull Stakes. I’m thrilled that we get to see her race in Melbourne for a change and at Flemington for the first time.  No doubt race attendances will be up, due to her appearance and the lack of football, but I hope to capture it all on camera from my favourite spot at the access gate just past the finishing post.

Winx will face six other rivals in the Turnbull Stakes, run over 2000 metres, but except for Humidor who has won twice at Flemington, most recently the Makybe Diva Stakes, the others will be not much threat to her chances of winning her 21st consecutive race.

It will be complicated getting to Flemington on Saturday with buses replacing trains between Ivanhoe and Clifton Hill, but I intend to set out early and it hopefully will take less than hour to travel to the course.