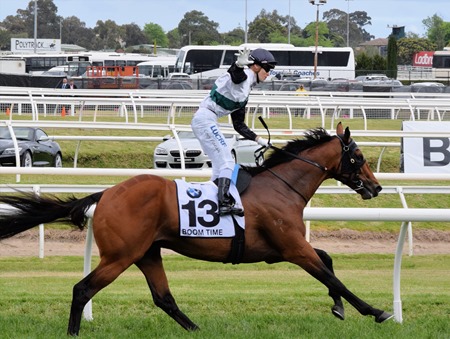 It certainly has been a most unusual Spring Racing Carnival with long shot winners taking the prize for half the Group 1 events and the win of 50/1 shot Boom Time in Saturday’s Caulfield Cup continued the trend.

My preview of the race was way off and only one of the horses mentioned ran a place, that being Johannes Vermeer. Amazingly locally bred horses filled first and second place and the Internationals, other than the aforementioned Johannes Vermeer, finished way back.

I got to Caulfield in time to watch Race 3, the Group 3 Ethereal Stakes, a race for Oaks bound fillies run over 2000 metres. Last year Ethereal’s granddaughter Eleonora won the race, but this year it was anyone’s guess who the winner would be.

Gai Waterhouse had three runners at Caulfield on Saturday and they all won. Pinot, the favourite for the Ethereal Stakes was her second win of the day after Our Crown Mistress won the first race.

It became obvious after watching a few races that horses racing on the speed were more successful, the inside rail out 6 metres being unfavourable for swoopers.

Such was the case in the Ethereal Stakes, Pinot was the leader for most of the race. She ended up winning by 1¾ lengths from Rimraam with Hiyaam running third. 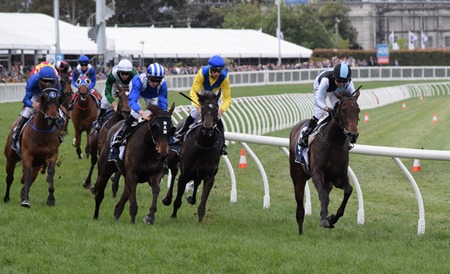 Just past the post Pinot on the fence still leads 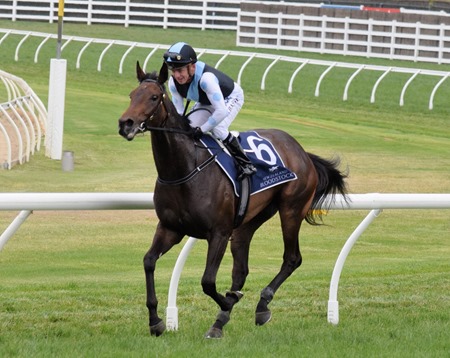 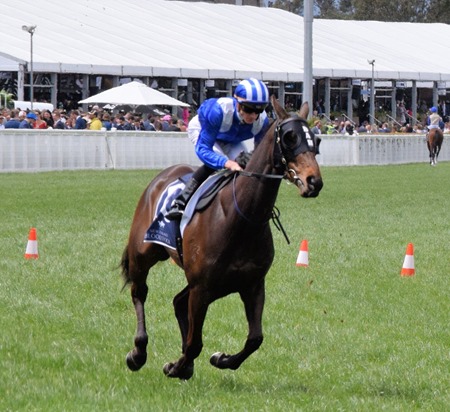 Rimraam on her way to the barriers 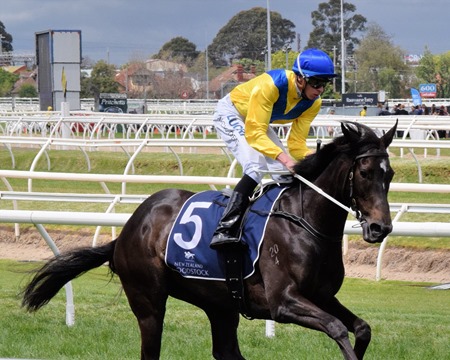 Hiyaam on her way to the barriers

The weather on Saturday was pretty dismal, somewhat chilly with occasional showers passing through, the sun peeping out later in the afternoon being a welcome flush of warmth.

I spent most of the afternoon at my usual spot on the hill above the stalls area, which was certainly less crowded than the front public lawn, and occasionally quite deserted.

Race 4 was the colts version of the Ethereal Stakes, the Ladbroke’s Classic, another race over 2000 metres. 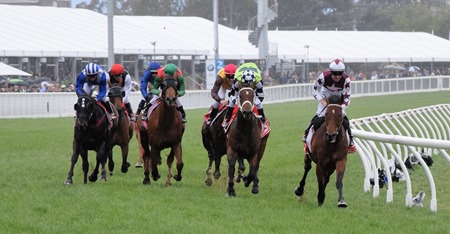 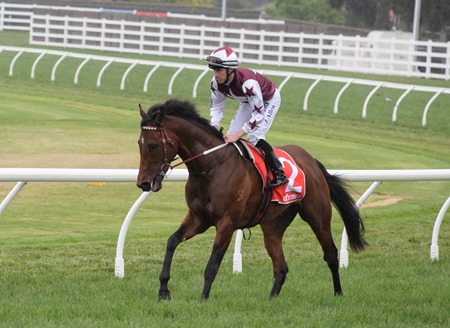 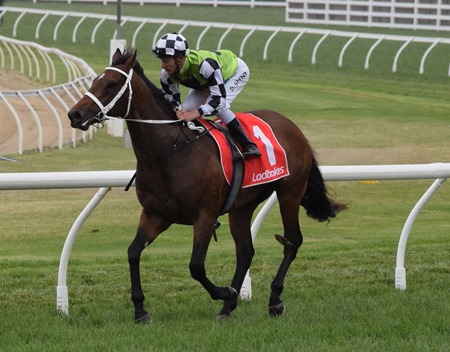 Another 2000 metre race, the Coongy Cup was next to go.  Samovare started favourite, but was outgunned by Kiwia, trained by Darren Weir, whose horses won four of the ten on the program. Long shot Maurus ran third. 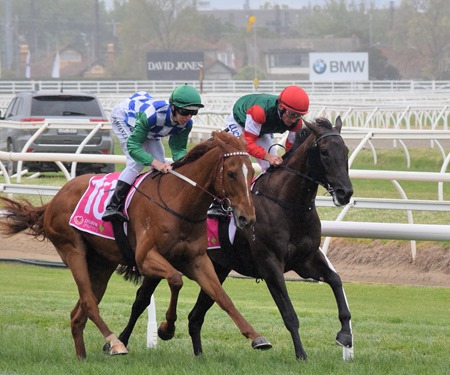 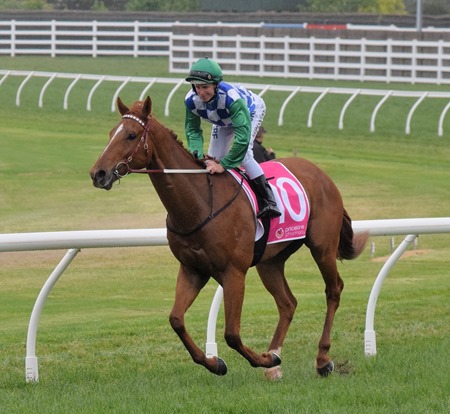 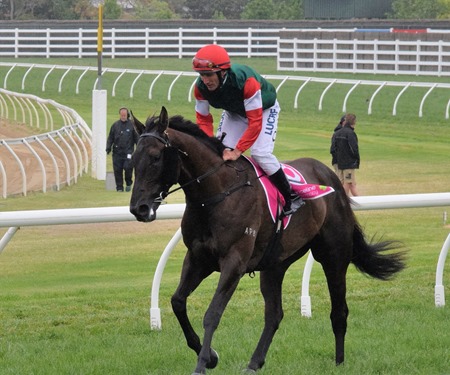 As the Caulfield Cup was scheduled as Race 8, there were still two races to run before the main event.

The first of these was the Moonga Stakes, a Group 3 race over 1400 metres. 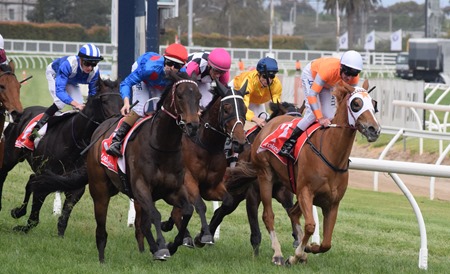 Race 7, for a change was the 1000 metres  Group 2 Caulfield Sprint and the amusingly named Snitty Kitty fought out the finish with fellow mare Super Too, going on to win by 2¼ lengths. Faatinah ran third. 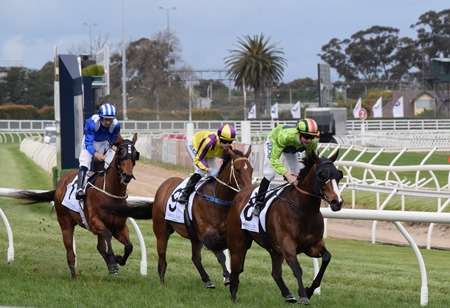 The first three home in the Caulfield Sprint – Snitty Kitty, Super Too & Faatinah

I stuck to my position up on the hill to await the Caulfield Cup and watched the cup being driven up the track to the mounting yard, and also spotted Gai Waterhouse (in a fur coat!) walking thence as well. She would have been much warmer than me, who had dressed inadequately in a T-Shirt and cardigan and was somewhat chilled most of the afternoon, though photographing the action took my mind off it. 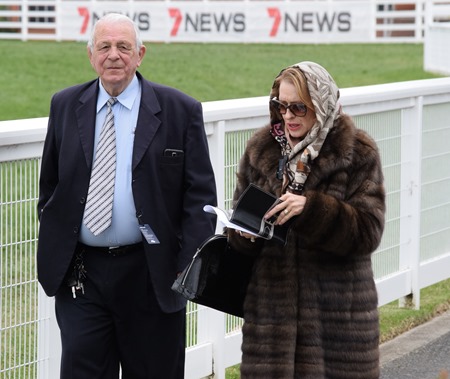 At last the Caulfield Cup was set to go from the barriers set up half way up the straight. 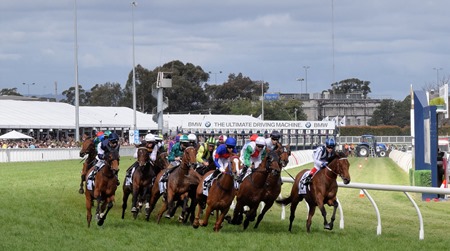 Around the turn for the first time – Amelie’s Star leads, Boom Time is just behind her on the fence 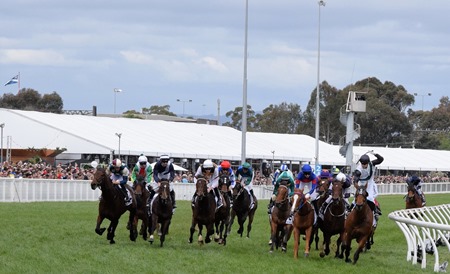 Boom Time drew Barrier 3 and took advantage of that starting position to race close to the speed. Single Gaze was the leader until a runaway Sir Isaac Newton bolted down the outside and put lengths on the rest of the field. He eventually tired and rest caught up. Single Gaze stuck to her guns, but was overtaken by Boom Time near the finishing post, who won by 1¼ lengths. Johannes Vermeer finished third. Bonneval having drawn Barrier 14, was way back in the field and didn’t have a chance of catching the leaders. She was also found to be lame after the race.

Boom Time’s win surprised everyone, even his trainer David Hayes, who thought his other two runners, Ventura Storm and He’s Our Rokkii had a better winning chance. As David Hayes also owns Boom Time he benefitted from his win in more ways than one. 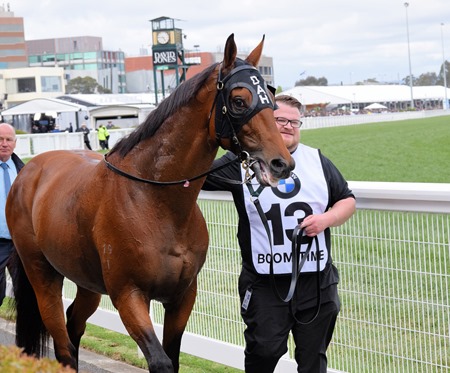 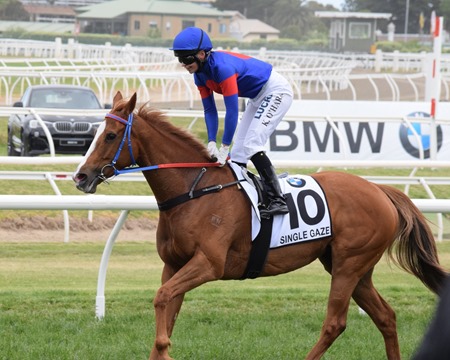 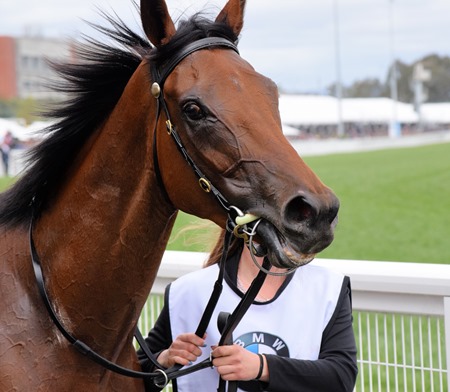 Bonneval – headshot – returning to the stalls after the race

Despite the afternoon drawing in and the chill factor increasing, I stayed for Race 9, the Group 2 Tristarc Stakes, which had attracted a classy field of mares that included  the Group 1 2016 Thousand Guineas winner Global Glamour, 2017 Queen of the Turf winner Foxplay, and 2017 William Reid Stakes winner Silent Sedition.

Global Glamour was having her first start for the Spring and obviously is at her best fresh. She raced on the speed and led for most of the race, holding off challenger Cool Passion to win narrowly. Shillelagh finished third. 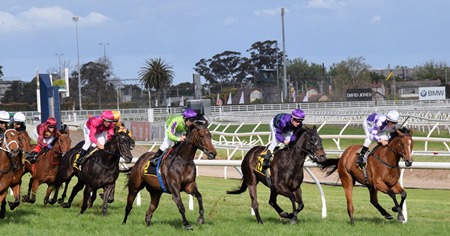 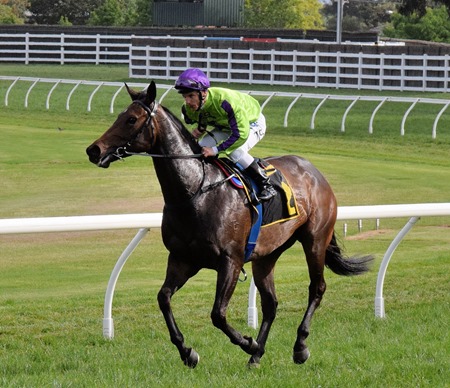 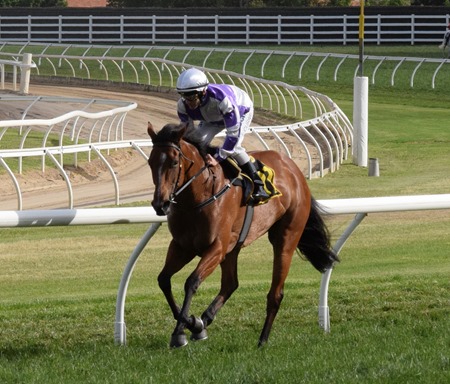 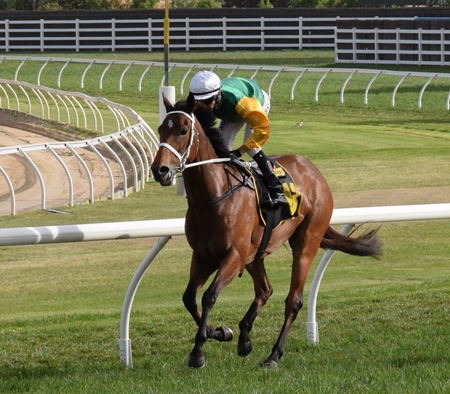 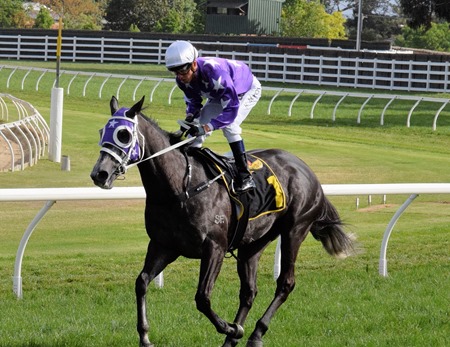 As I write there are only four more sleeps to the Cox Plate next Saturday, where the amazing Winx will be aiming to win the illustrious race for the third time.

I’ve read some good stuff here. Definitely worth bookmarking for revisiting. I surprise how much effort you put to create such a great informative website. caulfield krivanek