Scrambling Up From The Rubble

Almost a week has passed since moving day, and it’s only today that I managed to get my regular Internet up and running. In the meantime I have been using a dongle that I had forethought to purchase on Ebay, which came with a free prepaid Optus SIM.  It worked a treat most of the time, but it’s a relief to have my old ADSL 2 connection back all the same.

The delay in connecting was not due to slackness on IINET’s part, but rather the lack of a viable telephone point near the computer. This was fixed today by an electrician who also attended to various other electronic irritations such as a television connection point in the living room. It’s not as if the house was devoid of television connections, they were in practically every room, but not where one wanted them to connect to a TV.

It has been stressful and exhausting this move and I certainly don’t recommend it to anyone. Unpacking is definitely more tiresome than packing.

I wouldn’t say I’ve settled in, but the cats have, and have shown no inclination to run away back to Northcote.

Unlike them I’d love to run away back to the old house, but I know that is impossible. I’m home sick for the old street.

My 37 boxes of books still remain unpacked, while we consider where to put them. This house lacks wall space on which to place bookshelves. I had to leave my biggest bookshelf behind as it was virtually built in and dismantling it was too hard. 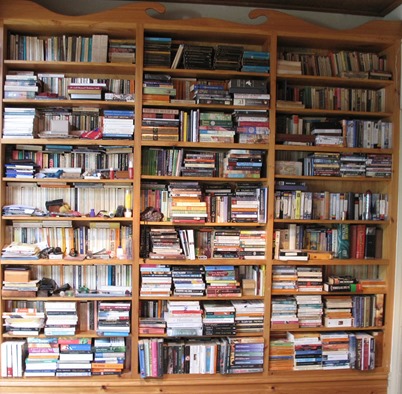 The large bookshelf in Northcote

So all the books that lived there will have to be accommodated somehow with new shelving.

Public transport, as anticipated is not anywhere near as convenient as it was in Northcote. The station is a 15 minute walk away, but I ventured out last Saturday to the races at Moonee Valley and caught the train to Alphington Station, from where I could take a bus to Moonee Ponds.

It was a pleasant day for the races and the events themselves were of great interest - the four I witnessed anyway.

The McEwen Stakes, field wise, made for an exciting competition with Russian Revolution, Houtzen and Heatherly pitted against each other. Russian Revolution was the outstanding winner, overtaking Heatherly near the finish line to win by 1¼ lengths with Houtzen a couple of lengths back making third place. 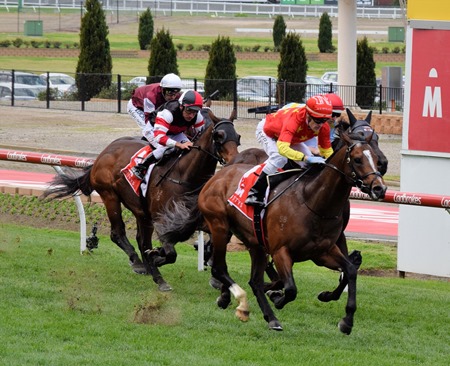 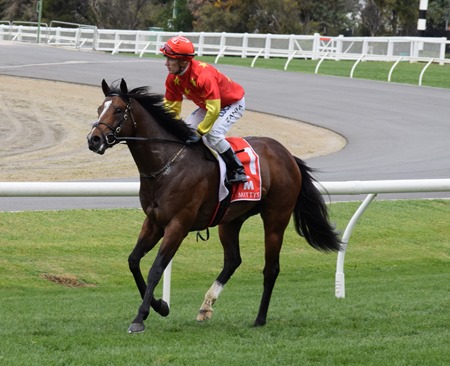 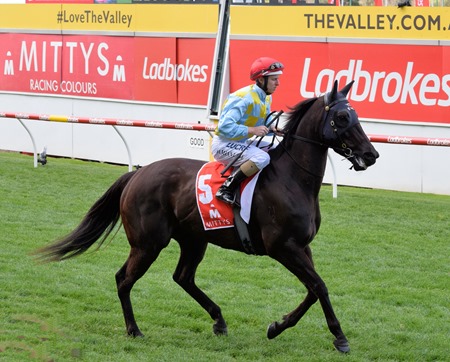 Heatherly on her way to the barriers 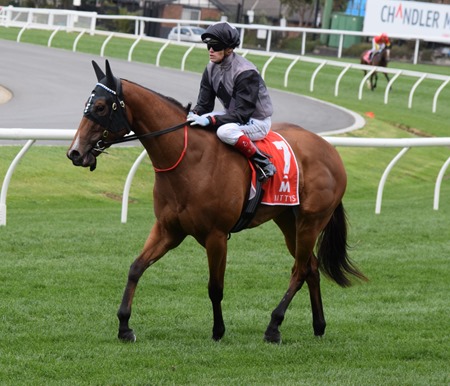 Houtzen strolls back to scale

The feature race was the so called “Cox Plate Qualifier”, the Group 2 Dato Tan Chin Nam Stakes, a race over 1600 metres. The winner of the race gains exemption from the Cox Plate Ballot.

It was full of drama, with race favourite Star Exhibit rearing at the start and losing his rider. He joined in the race riderless and actually finished first. It must have been quite unnerving for the others in the race, but there were no mishaps, thank goodness.

Star Exhibit crosses the line ahead of the rest

The real winner was New Zealand mare Bonneval who beat fellow mare Abbey Marie to the prize with Rhythm To Spare running a distant third.

Bonneval is the first mare since Sunline in 2000 to win the Dato Tan. 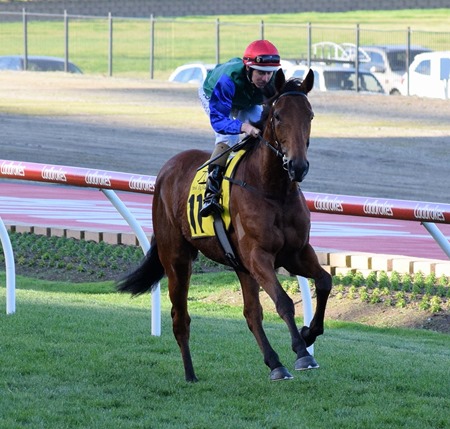 I was delighted to witness Bonneval win, and look forward to her next start. Perhaps she will win the Caulfield Cup - she has the class.

Next Saturday the racing is at Flemington, the feature race being the Group 1 Makybe Diva Stakes. In Sydney Winx will be gunning for her 20th win in succession, and we all fervently hope that she will succeed.

Lovely to hear from you Anne. I must say that when we bought our current house, two years ago next month, one of the issues for me was wall-space for books. It was amazing how many open plan houses there are that just don't provide that sort of space. Anyhow, I'm sure you'll solve it and will soon be feeling as at home as the cats. And, I suppose a 15 minute walk is good for one!

Take care ... and do send us more photos as you find time.

I looked up Ivanhoe on the map. It's not THAT far away from your old suburb but I can understand that it probably feels that way. (Did I tell you our daughter has bought in Thornbury - but up near the Preston border. She's currently renting in north Richmond so is confronting a longer commute. BUT she likes the greener environment rather than the apartment jungle she's in at present.)

I used to live in Thornbury back in the 1970s. It's the next suburb along from Northcote heading north.

And yes, walking to the station is good exercise as I keep telling myself. God knows I need to keep active.

Happy housewarming from one who has moved a LOT and is now too old to pack books in boxes.
I hope the kitties like the new environs.

Thanks Ms ODyne. Much as I hate being in Ivanhoe, the cats have settled in well, particularly Bingo, though Talya the Russian Princess is still put out.

Thank yyou for sharing this