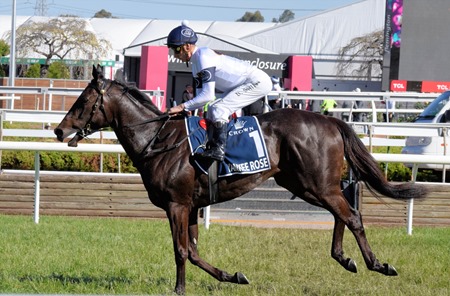 There’s only a week to go before the big house move, but I’m distracting myself with the start of the Spring Racing Carnival this Saturday at Caulfield Racecourse.

Finally it’s here – the first Group 1 race of Spring, which since 2013 is the Memsie Stakes.

A splendid field has been assembled for the 1400 metre race that includes nine Group 1 winners in a field of twelve.

I’m particularly pleased to see Yankee Rose in the field. She has not raced since finishing second last in the Crown Oaks last spring, but prior to that ran third to Winx in the Cox Plate and  won the Group 1 Spring Champion Stakes and Group 1 Sires Produce Stakes against the boys, and ran second in the 2016 Golden Slipper Stakes.

So she is a class mare and could possibly take home the prize in the Memsie Stakes.

However she faces stiff competition from the likes of Black Heart Bart who won the race last year, Vega Magic, Humidor, Le Romain and Hey Doc, not to mention fellow mares I Am A Star and Single Gaze. The interesting runner is the New Zealander Jon Snow, having his first start in Melbourne. He won the ATC Derby back in autumn, so the Memsie may be too short for him, but I’m looking forward to seeing him in the flesh.

In Sydney, the marvellous Winx will be aiming for her 19th consecutive win in the Group 2 Chelmsford Stakes run over 1600 metres.  She has 11 rivals, quite a few of them being her stablemates. Crown Oaks winner Lasqueti Spirit is also in the field, but Winx should win easily if she doesn’t blow the start.  She will race in ear muffs for a change - a ploy to prevent her getting over excited in the barriers. She normally wears the ear muffs in her stall and for parading in the mounting yard.

The weather in Sydney will be fine and the track on the fast side, whereas in Melbourne showers are predicted for the afternoon, though the track will be on the good side.