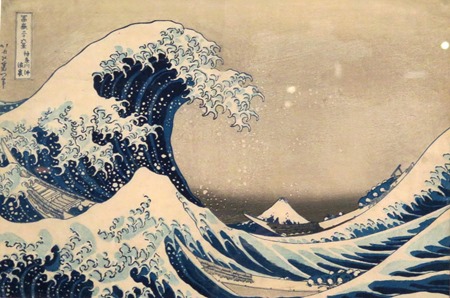 Hokusai’s signature picture is of course The Great Wave off Kanagawa – every man and his dog recognises it as his work straight off. I admit that I class myself in the aforementioned category, so it was illuminating to discover that Hokusai was not a one trick pony, but a major Japanese artist who had many strings to his bow.

The exhibition at the National Gallery of Victoria features 176 works from  Japan Ukiyo-e Museum, Matsumoto, plus those in the NGV collection and was surprisingly extensive. Just when you thought you had seen everything,  you’d find another room featuring a different aspect of Hokusai’s art.

You start off with a selection of prints from Hokusai’s early period, such as this image of Shishi – Mystic Lion Dogs. 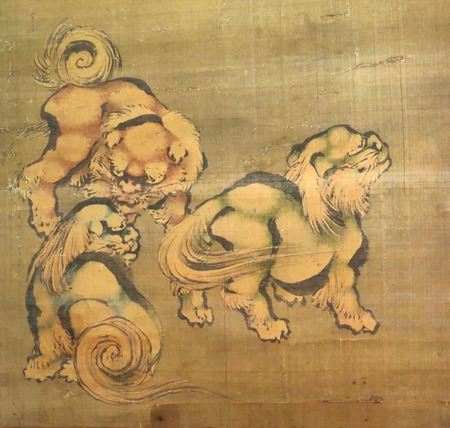 Also included in this section were pictures of Kabuki actors in various roles.

The biggest section featured 36 Views of Mount Fuji, which were wonderful to see all displayed together, causing the viewer to marvel at the various perspectives – no two alike – of the iconic mountain. I was really struck by the perfect composition of Hokusai’s images – they were quirky but nothing jarred as being out of place 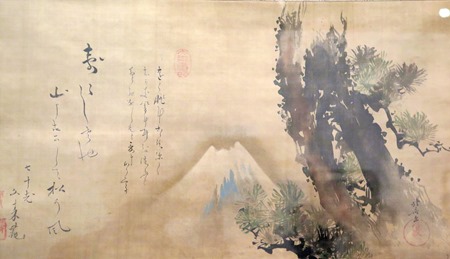 Mt Fuji and the old pine 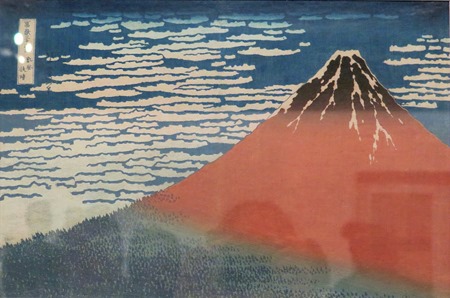 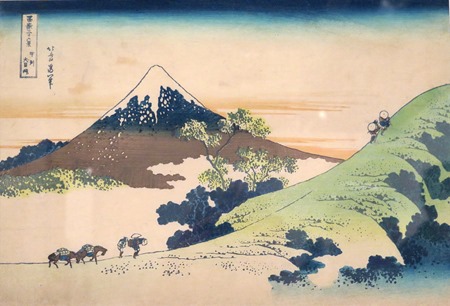 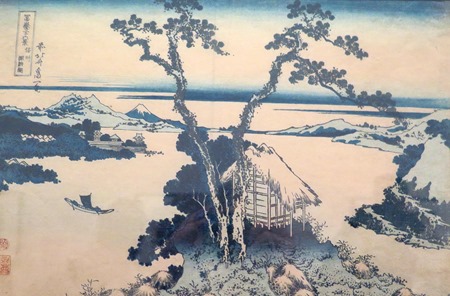 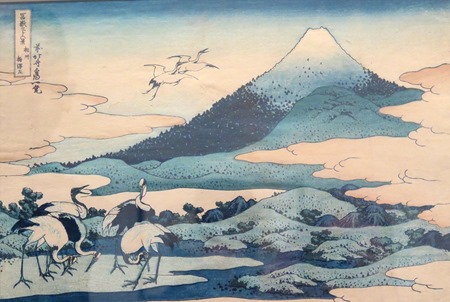 From the views of Mt Fuji one moved on to The Great Wave where two almost identical prints were displayed side by side, one owned by NGV the other by Ukiyo-e Museum. 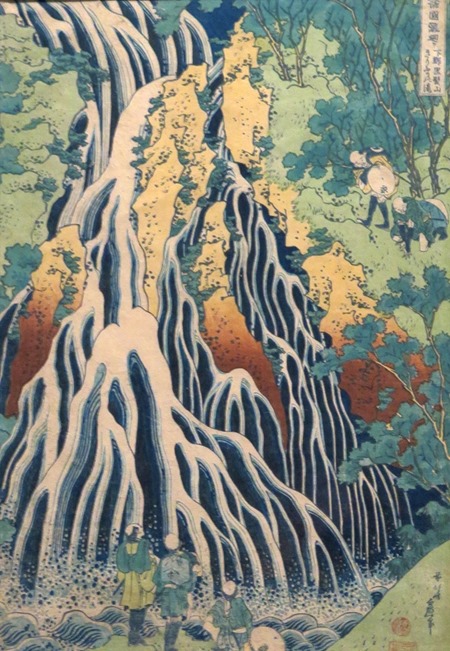 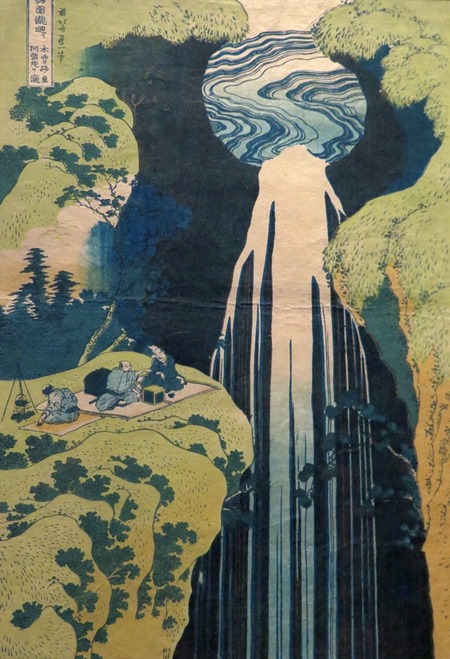 The Amida Falls in the far reaches of the Kisokaidō Road 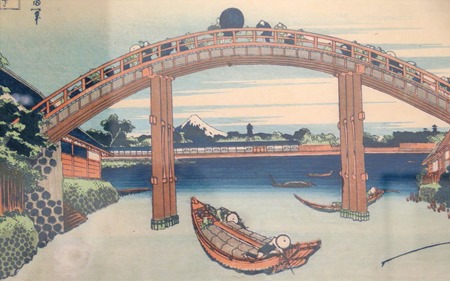 But there was more to come – One Hundred Poems Explained by the Nurse, Hokusai interpreting visually the meaning of various poems, Eight Views of the Ryūkyū Islands, Ghosts, Birds and Flowers, Snow, Moon and Flowers, and finally a series of notebooks, known as Hokusai Manga, a voluminous collection of sketches covering a wide range of subjects. 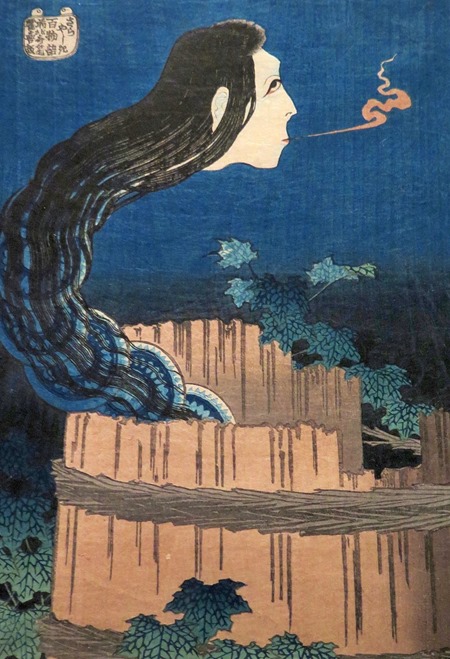 The mansion of the plates – Ghost 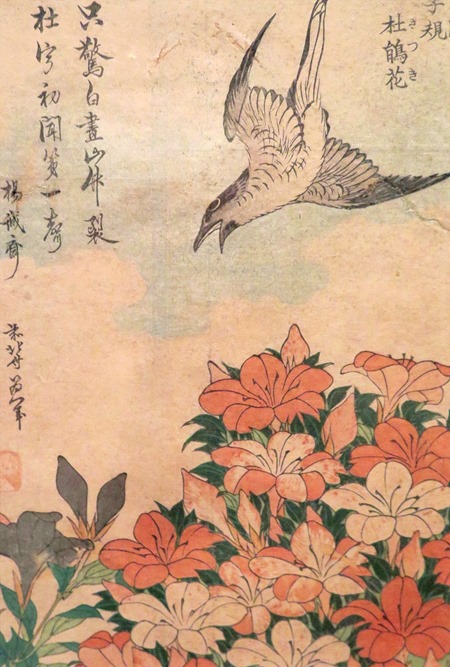 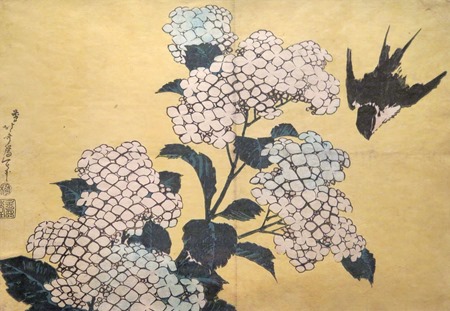 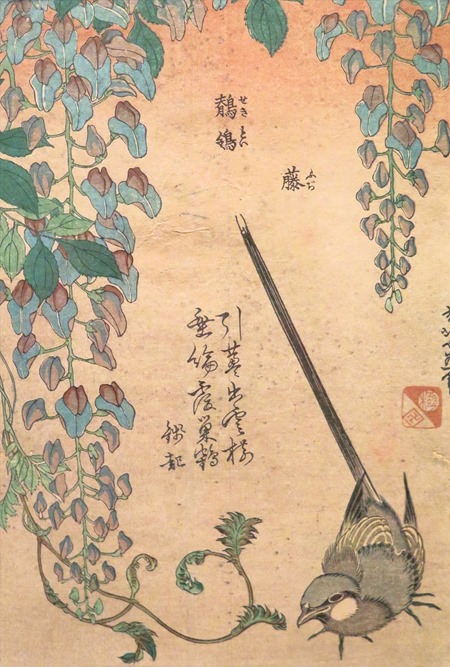 Photography was permitted, so I snapped a great many shots at the exhibition, most of them wood block prints. It is certainly a truly great exhibition well worth the cost of entry – a modest $13.00 with Senior’s Card discount on Wednesdays.

It's still on until October if you ever chance to be in Melbourne again. Highly recommend it.