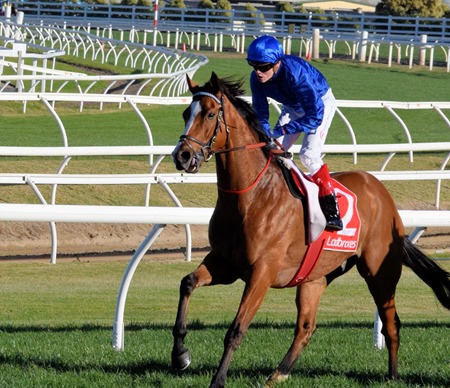 Hartnell returns to scale after winning the PB Lawrence Stakes

Saturday dawned cold, gloomy and wet and definitely didn’t look promising for an afternoon at the races. However, the weather cleared after midday and when I arrived at Caulfield at around 2.00pm it was bright and sunny.

And sunny it stayed for the remainder of the afternoon, which turned out to be a very interesting race meeting.

I just missed Race 4, so I had plenty of time to wander around the stalls area before the Quezette Stakes, so got a few photos of the horsey stars in their stalls or walking in the parade ring. 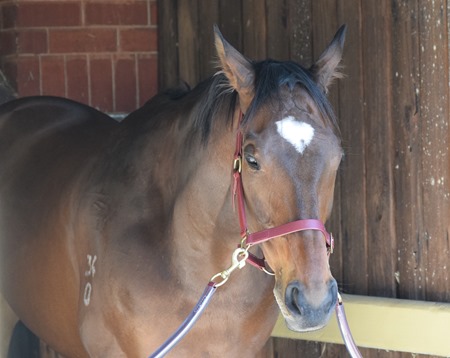 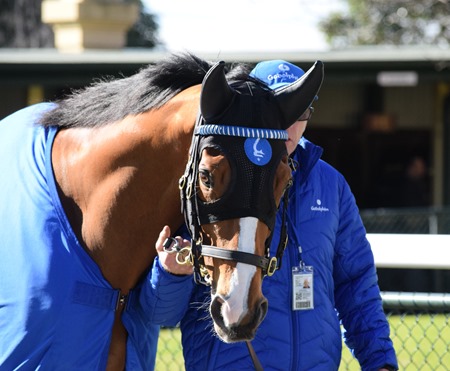 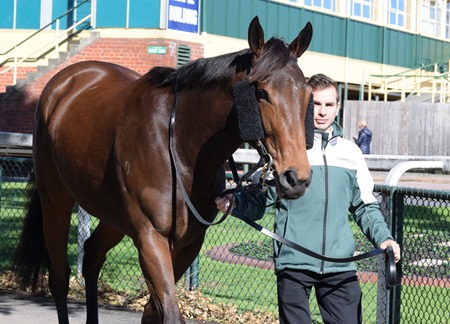 Catchy naturally started as hot favourite for the Quezette Stakes, but the super fit Crown Witness stole the show, beating Catchy by a head. 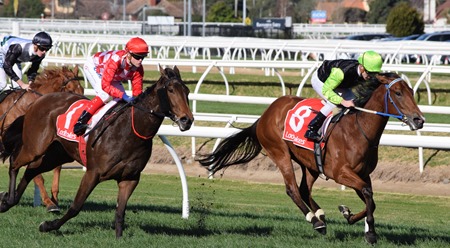 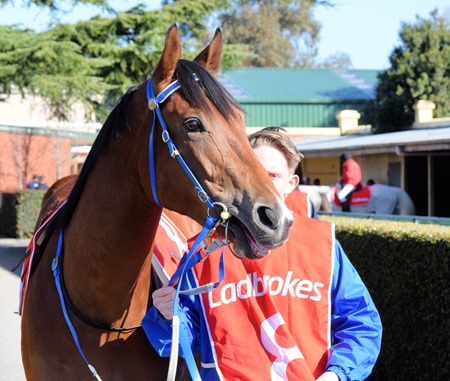 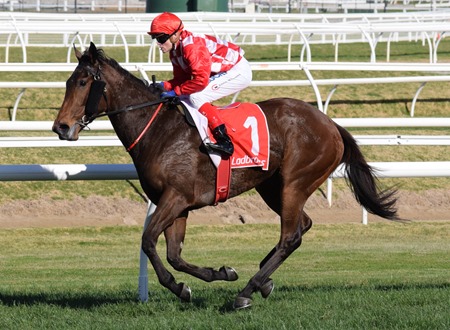 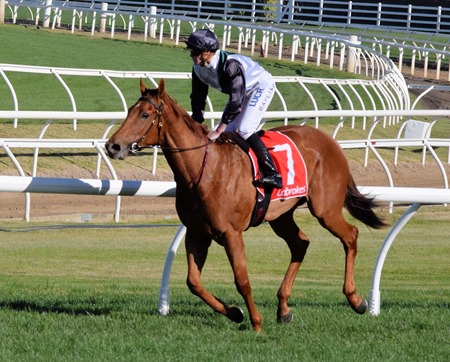 Next up was the Vain Stakes, but before that was run, the Warwick Stakes was due at 3.00pm, where Winx was aiming for her 18th win in succession.  We found a screen to watch the race, and what a race it was, with Winx blowing the start and ending up 4 lengths behind the rest of the field. You could hear an audible gasp when it happened, then silence as everyone watched Winx slowly catch up.

Will she make it?

That was the question in everyone’s minds, as her position looked impossible as they turned the corner into the straight. Foxplay had grabbed the lead from Ecuador and looked the winner until the very last moment, when Winx flew down the extreme outside to win on the line. An extraordinary performance by the great mare assisted by a cool headed ride, coupled with perfect timing, on the part of her jockey Hugh Bowman.

The Vain Stakes was almost an anti climax after the Warwick Stakes, and resulted in a win for Jukebox, who prevailed over Plutocracy to score by a neck. Poseidon’s Pool finished third. 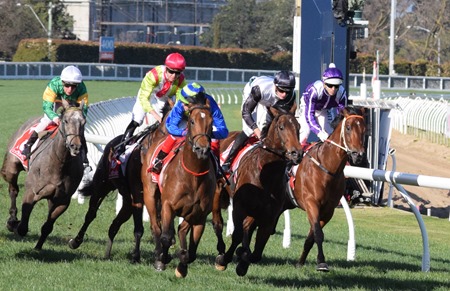 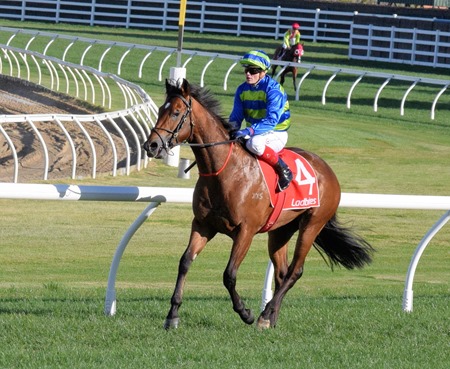 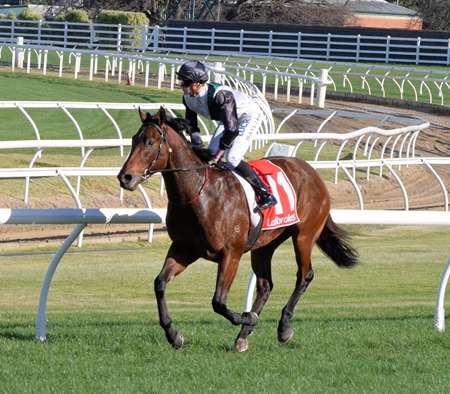 Shadows were lengthening over the track by the time the feature race, PB Lawrence Stakes, was run.

It was no great surprise that Hartnell won despite having his first run at Caulfield. He didn’t mind the soft track and won easily by 2.25 lengths from on the pace leader Charmed Harmony. Black Heart Bart scrambled into third place a further length back.  Without Winx to spoil his party, Hartnell is a force to be reckoned with and could well go on to greater glory this spring.

Just past the post in the PB Lawrence Stakes 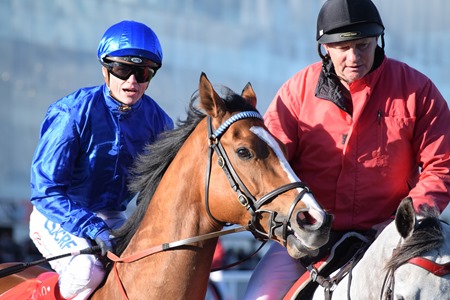 Hartnell on his way to the barriers 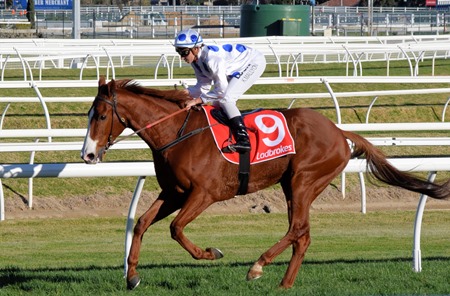 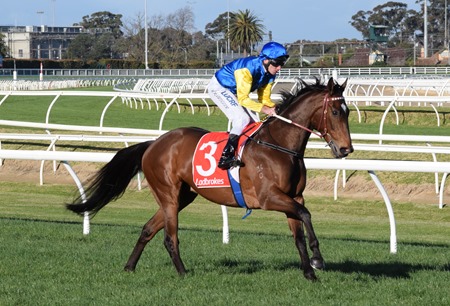 Black Heart Bart on his way to the barriers

I decided to tarry at the course for the  Listed Regal Roller Stakes to see the hyped Brave Smash, a former Japanese horse now with the Darren Weir stable. This was his first start in Australia and  he acquitted himself well,  running a close second to favourite Vega Magic and with better luck in the running would have won. 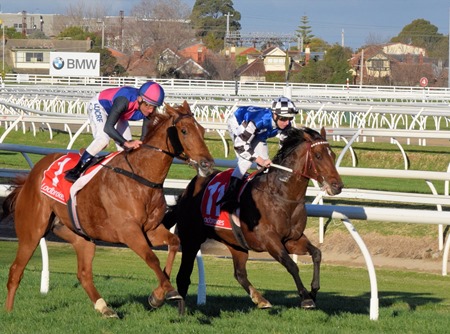 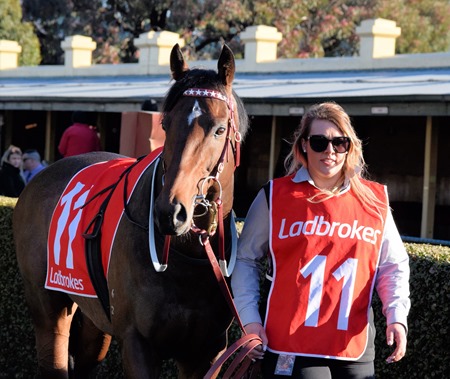 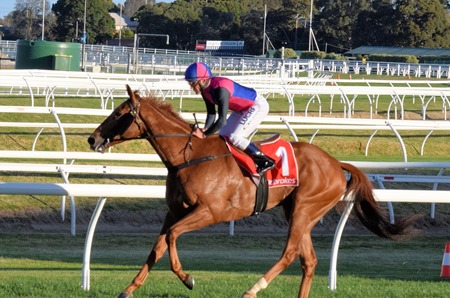 With the shadows encroaching on the remnants of the sunny afternoon, I headed home.

It had been an enjoyable afternoon at the races and I was pleased that my hunches regarding the winners of the Quezette, Vain and PB Lawrence were spot on, though I didn’t bet on any of them.

The first Group 1 of the Spring racing season is only a fortnight away, but in the meantime there is a reasonably interesting meeting at Moonee Valley next Saturday.