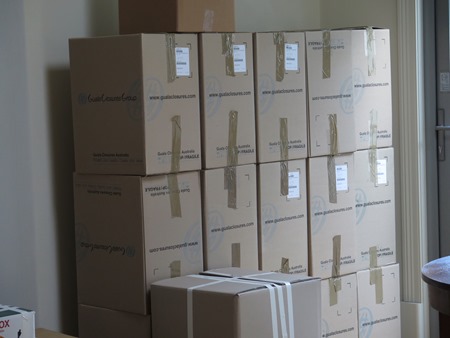 Over the past few weeks, we’ve been busy packing belongings into boxes. The most mammoth task for me was boxing my private library which ended up using 37 boxes. Books were shelved everywhere in the house and in the studio as well, so I made sure to number and keep note of the contents of each box.

The last time we moved – 31 years ago – one box of books went missing, and I still wonder what books were contained within it. Perhaps there were some books I could have sworn I owned but failed to locate, in that lost box. 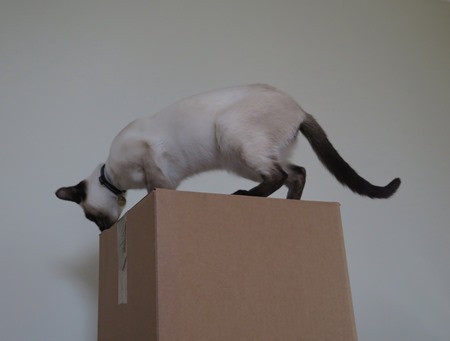 The obligatory cat photo – Bingo on top of a box.

Today, as a break from packing, I crawled out from the rubble and went to the current feature exhibition at the National Gallery of Victoria in Federation Square titled Brave New World: Australia 1930s. 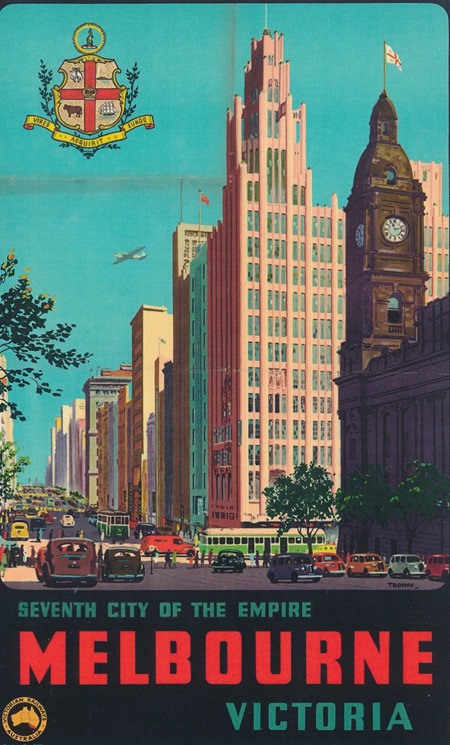 If you haven’t been to this exhibition I highly recommend that you take time to visit as it is simply splendid, covering as it does a very interesting (and stylish) period of Australian history.

Brave New World: Australia 1930s encompasses the multitude of artistic styles, both advanced and conservative, which were practised during the 1930s. Included are commercial art, architecture, fashion, industrial design, film and dance to present a complete picture of this dynamic time

I must admit many of the works on display were by artists I have never heard of, but images by  the famous photographer Max Dupain were prominent including the iconic image below... 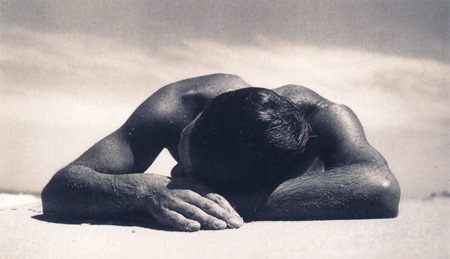 The Sun Bather by Max Dupain

…and the provocative Brave New World, originally banned in the 1930s, which reminded me of Fritz Lang’s wonderful film Metropolis, released in 1927. 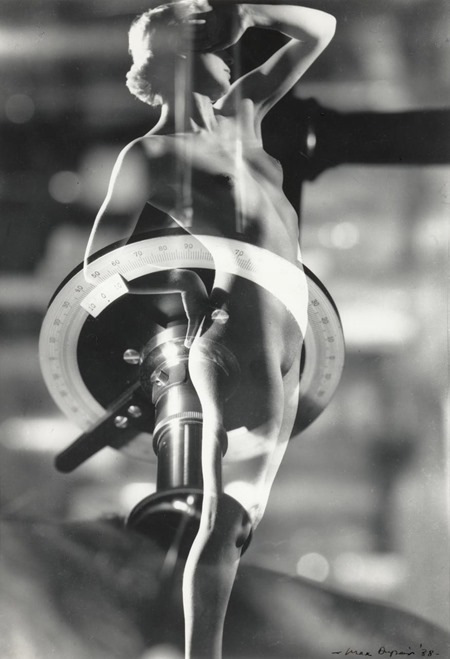 I regretted not taking my camera to the exhibition as there were several paintings and sculptures that I would like to have a photographed, one of which I found online. It’s a portrait by Sybil Craig of fellow artist Peggy Crombie. 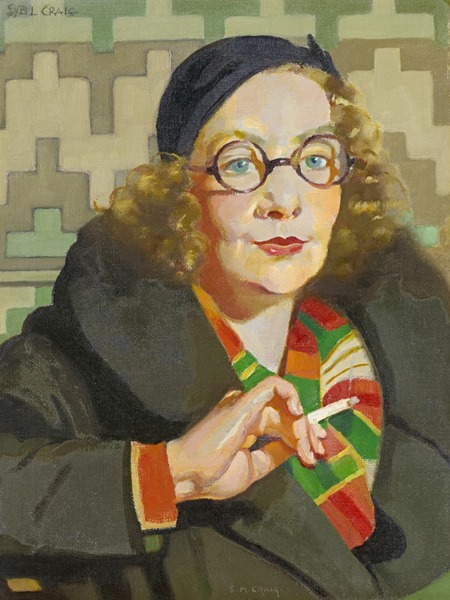 I could go on, but don’t want to spoil the surprise of seeing this wonderful exhibition for anyone else.

The other major exhibition at NGV is of Hokusai which I plan to visit next week.

Finally, my efforts to escape the humdrum last Saturday at the races at Caulfield were cut short, when they were  cancelled shortly after I arrived at the course, due to the severe winds. So the Bletchingly Stakes will  now be run at Sandown next Sunday.

I went to this exhibition in Melbourne a couple of weeks ago. It was a toss-up between it and Hokusai and we only had time for one, so we went to this one. I agree that it was excellent, and that I only knew some of the artists. The themes it explored were excellent. I really hadn't thought about the relationship between all those body-beautiful photographs and the eugenics movement, for example. And of course, the radical politics was interesting.