At Moonee Valley With The Stars 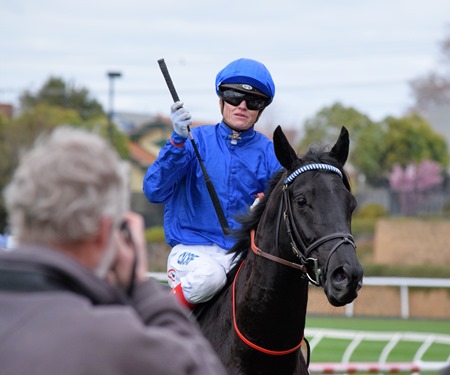 Fragonard – the winner of race 2 returns to scale

Last week I came down with a cold – no doubt caught on public transport - which after a few days appeared to get better, then returned with a vengeance on the weekend. To distract myself from the sniffles and sneezes, not to mention the cough, I headed off to Moonee Valley on Saturday for an afternoon of racing action in the outdoors. The weather wasn’t all that bad, overcast for the main but with little wind and the occasional burst of sunshine.

There were several horses I wanted to see, Golden Slipper placegetter Tulip for one, and Almandin, 2016 Melbourne Cup winner for another.

As I wanted to arrive before Tulip’s race, the Johnny Walker Plate, I headed off early and reached Moonee Valley in time to watch race 2 , the Dr Sheahan Plate, a race for mares over 1200 metres. Race favourite Fragonard fought out the finish with Hear The Chant and went onto win by 1¼ lengths. 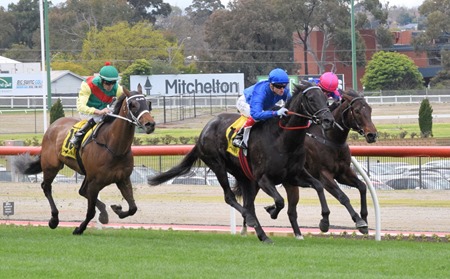 Fragonard overtakes Hear The Chant in the straight

Tulip was being saddled up as I wandered around the stalls area out the back, and Almandin was returning to his stall after a walk. 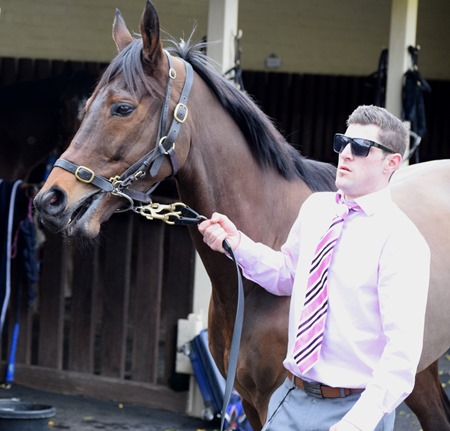 Only six fillies were competing in the Johnny Walker Plate and included Limestone who hasn’t raced since early February.

Tulip was rolled by 7/1 shot Roomooz who won by a nose. 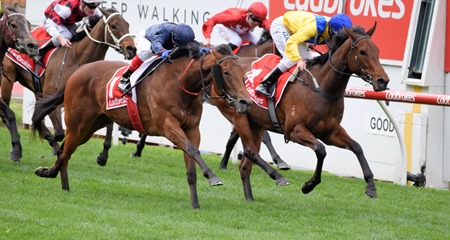 Roomooz & Tulip fight out the finish of race 3 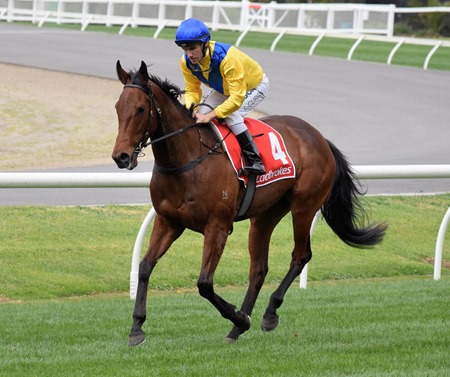 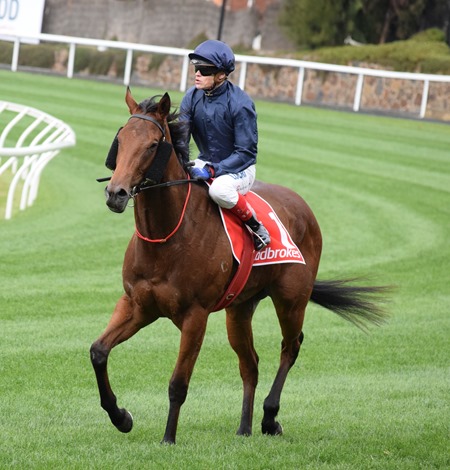 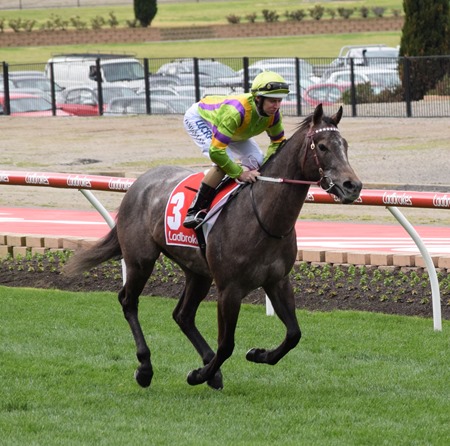 Limestone on her way to the barriers

As the races were 35 minutes apart, it didn’t take long until Race 4, the Ranvet Handicap was off and running. The winner was the unfancied Spunlago, getting the head bob in a wall of horses from Sin To Win and Cosmic Lights. 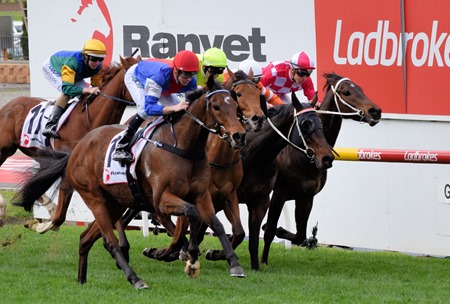 Race 5 was the MSC Signs Handicap, run over 2040 metres, where the focus of interest was 2016 Melbourne Cup winner Almandin having his first start for the spring.  He wasn’t expected to win, but he ran a really good  race, finishing a close second to the favourite Pacodali.  Foundation, an Irish import finished third. 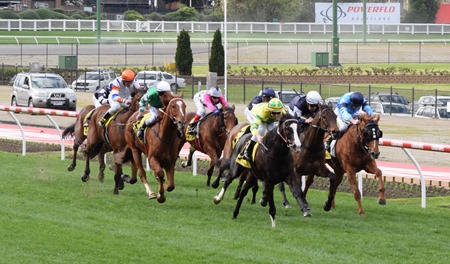 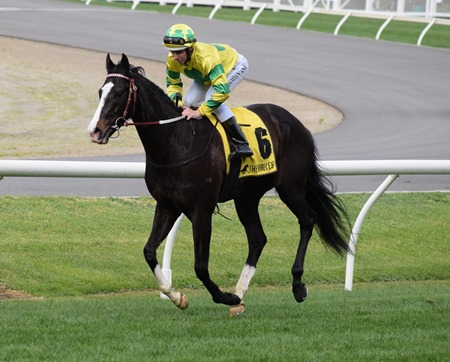 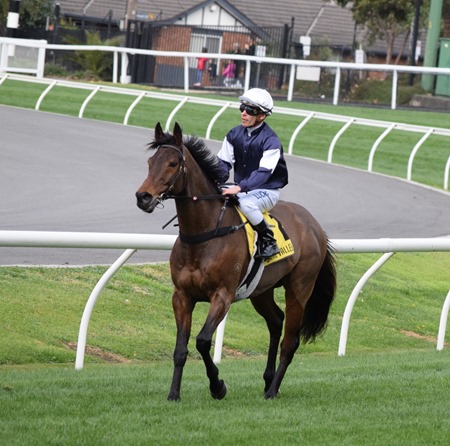 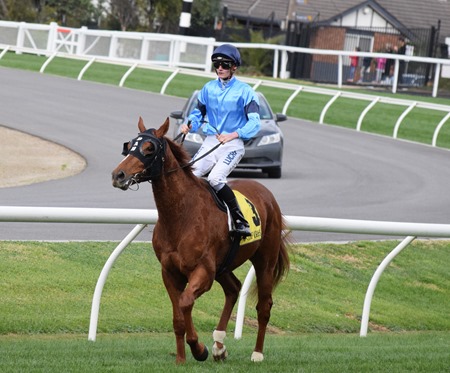 Another 35 minutes passed before the feature event of the day was run. This was the Listed Essendon Nissan McKenzie Stakes, a race for three year old colts and geldings over 1200 metres. It was pretty evenly matched field and Bandipur was the starting favourite. He was outclassed by outsider Overshare who won by a length. Sunquest ran third. 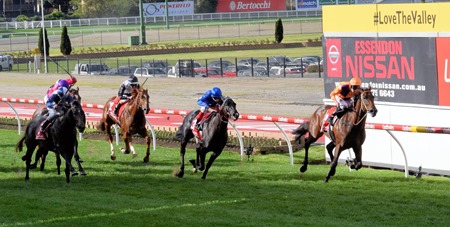 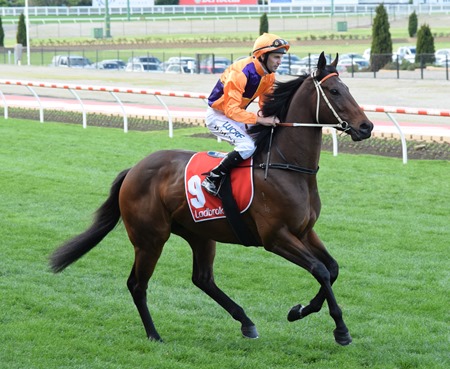 Overshare on his way to the barriers 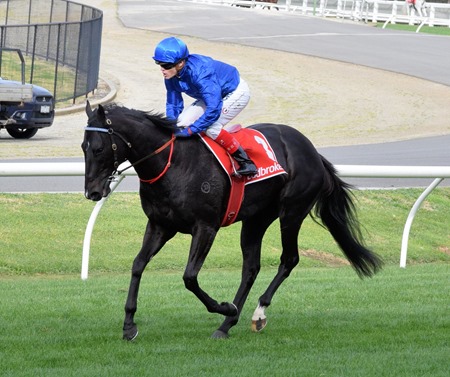 With the races spaced so briefly apart, the afternoon flitted by remarkably fast.

However, the late afternoon shadows were encroaching on the track when Race 7, the Carlyon Stakes was run. It had a pretty interesting field so I decided to stay for it before heading home.

Heatherly had won this race last year so was aiming to make it back to back this year. However, she was pipped by Missrock at the finish with Lady Esprit filling third spot, several lengths ahead of the rest of the field. 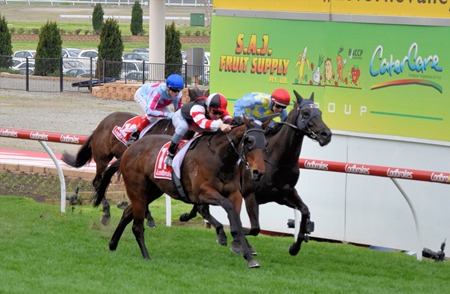 Missrock & Heatherly fight it out in the Carlyon Stakes 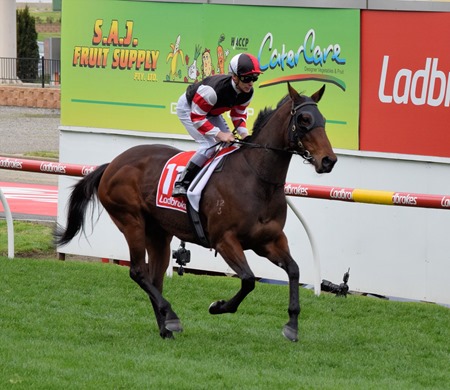 Missrock on her way to the barriers 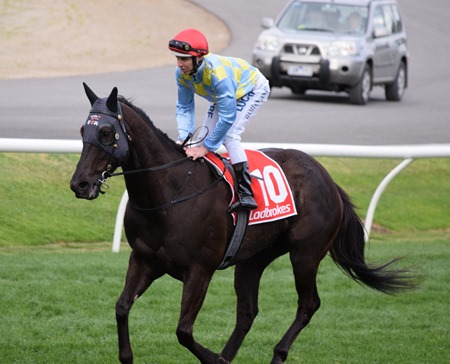 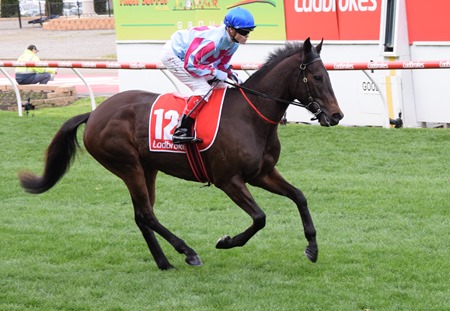 Lady Esprit on her way to the barriers

It was pleasant being back at Moonee Valley as I like the course and it’s good for taking photos at day meetings. It’s a pity really that most of their interesting races are at night, which I am not inclined to attend with getting home being a problem.  However, before the night racing kicks off, there is the Dato Tan Chin Nam Stakes meeting on Saturday week, which is always a fascinating race.

Hopefully I will have recovered from my cold by next Saturday when Caulfield hosts the first Group 1 race of the Spring, the Memsie Stakes.

Winx will also be racing at Randwick in the Group 2 Chelmsford Stakes. Let’s hope she doesn’t miss the start this time.