The Internet - Twenty Years On

As well as turning a significant age this year, 2017 marks for me my 20th Anniversary on the Internet.

I can’t remember which month it was when I signed up for Internet access with my first ISP,  Rod Irving Electronics, but it was early to mid 1997. 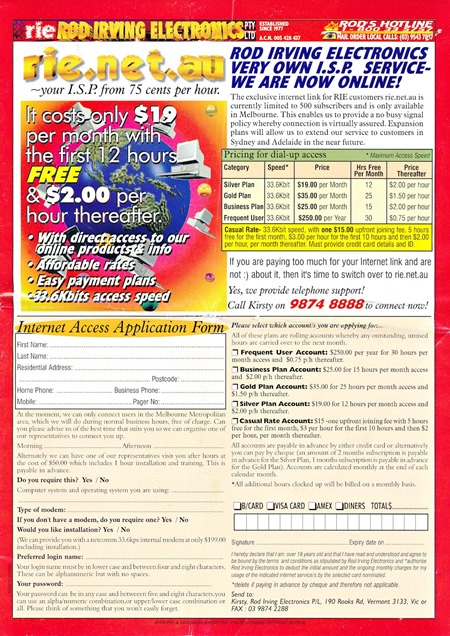 Back in those days Internet access was via dial up modem through the telephone network for most users.

I remember the ghastly screech of a modem, at first alarming, but reassuring thereafter as a connection was made. Dial up modems tended to be unreliable, unless you had a good quality machine. For many years I used US Robotics modems, which were steady as a rock and rarely lost the connection to the ISP server.

Initially, speed was a mere 33.6 kilobits per second, though a few years later you could get modems that ran at 56 kilobits per second. It took hours for a video to download, so it’s fortunate that You Tube wasn’t around then, or you would use up your free 30 hours per month access in a day. There was was no such thing as a data allowance as you couldn’t download huge files anyway.

The main internet browsers  in 1997 were Internet Explorer (Versions 1 and 2) and Netscape Navigator Version 3, and major search engines of the time were AltaVista and Yahoo. AltaVista lost out when Google became the most popular search engine, though Yahoo is still going strong.

When I first connected to the Internet, my computer system was Windows 3.11, so a tech guy from Rod Irving had to come around and set up the connection and show us how it worked.

I’d purchased my first PC from Rod Irving in 1994 and also bought my second computer - a Pentium MMX 166 running Windows 95 – from them sometime in 1997. They went out of operation a few years later and their ISP business was taken over by a small independent company who registered their business as Relax Internet Enterprises, so that Rod Irving customers wouldn’t have to change their email addresses at rie.net.au. 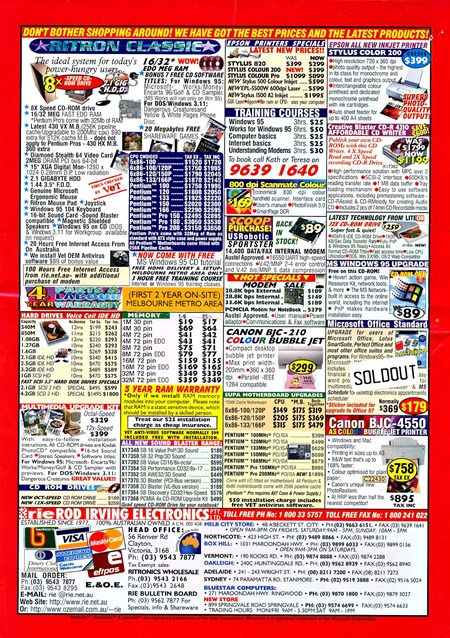 I stuck with dial up internet until 2005, when I switched to ADSL 1 with Relax who were offering broadband at that time at a higher cost than dial up, but it was faster. Their service went downhill so I switched to iinet and ADSL2+ ten years ago. Amazingly my original ADSL 2 Netgear Modem is still going strong and in use to this day. Coupled to a wireless Router it allows all the wireless enabled devices in the house to connect to the internet.

Apparently the NBN will be coming to my street sometime in July this year, but I’m dithering as to whether I’ll switch from  ADSL2+ to NBN as my current connection speeds on ADSL are quite good (up to 25mbps on a good day) and a basic NBN service offers only 12mbps, which isn’t as fast, though it might be more constant.

As I don’t care about streaming movies and have no buffering problems when watching You Tube clips or live streamed services, I can’t see the point of going to NBN and paying extra to get 25mbps, when I already have it on ADSL.

Of course I fell in love with the Internet from the beginning and twenty years on couldn’t imagine living without it. You could say I’ve become addicted; to the detriment of whatever I did before I signed up for a lifetime of connectivity.

Us baby boomers have certainly witnessed many technical advances; from Television in the 1950s to video players and CDs (1970s), DVDs (1990s), to media streaming via smart phones and TVs today via the Internet. 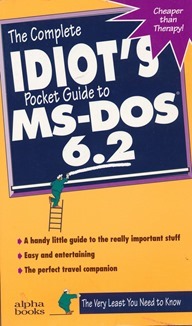 That’s not to mention a stack of old software such as old versions of MS Office, various Graphics and Web Page editors and ancient DOS games.

I also have many floppy disks and forethought to purchase a USB floppy disk drive some years ago so I can still access them if I need to.

I’ve given up trying to keep ahead of the latest technological marvels such as VR, though I hear VR is now regarded as passé.

My phone, though smart, is not the latest Apple or Galaxy and I would not consider using it as a computer substitute.

I like my computers to be big machines with decent sized monitors, and I love my excellent Logitech illuminated keyboard that is comfortable to use in both good and bad light.

Apropos the new wide screen monitor I was obliged to buy recently, I’ve grown used to it and appreciate its higher resolution. Windows 7 handles monitor customisation very well, so I don’t have to squint to read a screen, now that I’ve set it up to my taste.

Enjoyed this Anne. I actually did my first internet hotel booking in 1991 or 1992. We were living in the USA and did it through AOL. You might think that our early entry was because we were in the US, but no, when we returned to Australia in late 1993 ready and raring to go to keep in touch with our American friends we realised what early adopters we were. It took a long time before they caught up. What exciting days they were though.

However, my memory of what software and hardware we used is very patchy. It was dial-up of course, and I think Netscape Navigator was our first browser when we returned to Australia. I bought my first Mac laptop in the US and that's what I've used ever since, that and since 2011, my iPad. I'm with you, I have a smart phone but I rarely use its computing facilities because it's all so small. I find it quite bizarre how we are going for HUGE TV screens and tiny phone screens to watch stuff! I can't bear the idea of watching a show or reading a book on a smart phone.

May I convey that I am impressed by your 20 years and obvious understanding of the WWW of the ethernet. I have watched TV and driven cars for decades without the slightest comprehension of how they work, and despite employment with a software developer in 1993, where I backed up systems on 5 huge towers in a very hot glass enclosed room, I am still not sure where everything on 'the Cloud' goes.
In melbourne in 1993 there was 'an internet cafe' in Glenferrie Rd Hawthorn and we went there a few times, paid to logon and visited The White House where we clicked "hear Sox the cat say Miaow". We downloaded Killer Bees from the Uni Of Utah website, but could not think of what else to do.
Now, of course, the ethernet is my air.
Happy Anniversary Catwoman.

Thanks for your comments Mrs Gums & Ms O'Dyne.

Having created several websites, indeed I still maintain two antique websites, I sort of understand the internet or Ethernet as you refer to it, and have a working knowledge of html.

I find old computer shop catalogues amusing when contemplating the prices of such things as CD Burners back in the early 90s. Nowadays even DVD burners don't always come with computers and are dirt cheap.

As for the cloud, I have quite a few files lodged on it at various sites. Blogger content is saved on Google and Kindle eBooks are saved on Amazon. I assume cloud storage is a series giant servers held by the companies who host the content.

Thank You For Sharing this Containt with us . It will be very useful in Future , One More thing is that , if you are using Dodo , & having problem related to this , You can go on
Dodo Contact Number , Our Team of Experts available here for help you 24*7