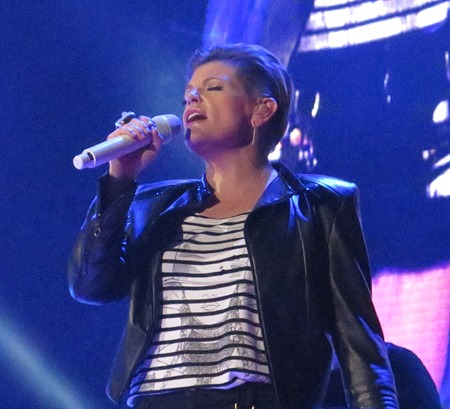 It was a chilly night in Melbourne town as my friend B and I set out for the Rod Laver Arena to catch the Dixie Chicks second Melbourne show on Sunday night.

Having last seen the Chicks eleven years ago I was keenly looking forward to the event, despite being somewhat fatigued by the experience of breaking in a new kitten to the house and the change to daylight saving that morning.

All my weariness dissipated as soon as I stepped into the venue and joined the sell out crowd streaming towards their seats.

We had excellent seats, second row from the front on the floor, though a bit to the side. Fortunately photos were permitted, so I managed to get heaps of good snaps from my vantage point of the Dixie Chicks in action. 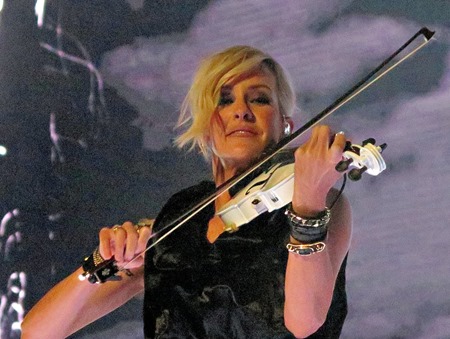 The opening act Avalanche City, New Zealand folk singer Dave Baxter was in progress as we took our seats. As support acts go, he was pretty good, playing a pleasant set of his own songs, that included the really catchy Love, Love, Love and Inside Out, among other tunes.

As a large crew of stage hands cleared the stage , then set it up again, the big screens showed a variety of Dixie Chicks slides – trivia notes and trivia questions along with twitter quotes regarding the new POTUS, so it was around 9.00pm when The Chicks finally made it on stage to uproarious cheers from the large audience.

The set lists for all the Dixie Chicks Australian shows are similar, with a few variations for each concert. Along with all the old Chick favourites, such as Goodbye Earl, Wide Open Spaces, Lubbock or Leave It, Travellin’ Soldier etc, they performed several excellent covers.

Dixie Chicks have been avowed fans of Patty Griffin and on Sunday night they performed a total of four of her songs – Truth#2, Let Him Fly, Top Of The World and Don’t Let Me Die in Florida.

Natalie Maines also declared that she was obsessed with Beyoncé, with whom they recently played at the 2016 Country Music Awards. The song they played on that occasion was Beyoncé’s Daddy Lessons, which they have added to their current set list. It’s not a song I am familiar with having never followed, nor even listened to Beyoncé. The Chicks version of Daddy Lessons was so stunning it makes me want to check Beyoncé out. 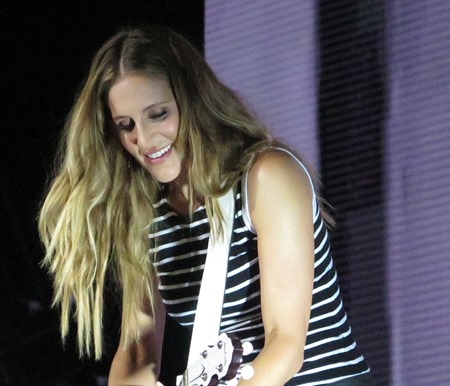 All the Chicks play multiple instruments – Natalie on guitar and percussion, Emily on banjo, mandolin and dobro, Martie on fiddle. They are all fine musicians.

They had a large supporting band that comprised a drummer, keyboard player, bass guitar and lead guitar. Several of them were Australian session players, but I failed to catch their names.

Throughout the concert a large screen at the back of the stage displayed various scenes relevant to the particular song being performed, hence the different backgrounds in the photos above.

A Dixie Chicks concert is really something to experience before you die. They are a dynamic group – smart and sassy with a rebellious attitude and superb musicianship. The music ranges from sweet ballads like Easy Silence to foot stompers such as White Trash Wedding and Sin Wagon.

The concert lasted for approximately two hours and encompassed about 23 songs.

They closed the night with a two song encore, singing everyone’s favourite Karaoke, the defiant Not Ready To Make Nice before ending with the hopeful Better Way, a cover of a Ben Harper song.

It was a throughly enjoyable evening out and sheer, unadulterated pleasure to see the Dixie Chicks live in concert again after such a long hiatus. 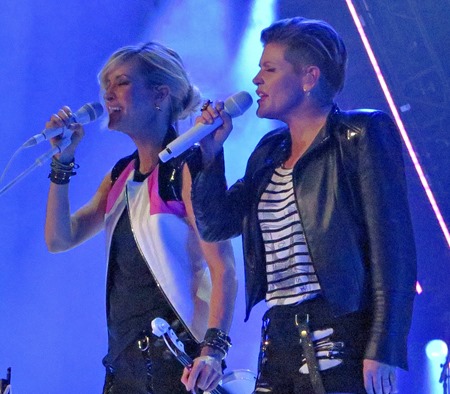 Set List
(not up on Setlist.com yet, so song sequence may be different)

1. The Long Way Around

2. Lubbock or Leave It

6. Some Days You Gotta Dance

8. Something In The Air (Thunderclap Newman cover)