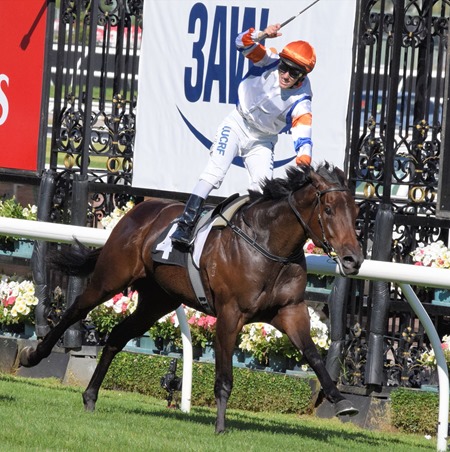 Compared to Sydney, where the weather was miserable and wet with the races run on a heavy 10 track, Flemington last Saturday, gloried in a hot sunny day and an afternoon of  fast racing on a good 3 track.

Owing to the train timetable I was obliged to arrive at Flemington fairly early, so I made it in time to watch Race 3, the 3AW is Football Stakes, a race for two year olds over 1000 metres. The highly regarded Madeenaty was the firm favourite, but she was pipped at the post by her stablemate, Ploverset, having her first start. 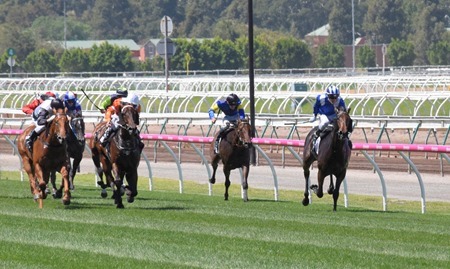 Down the straight in race 3 – Madeenaty leads on the rail with Ploverset storming down the outside. 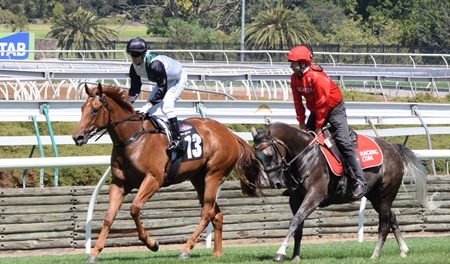 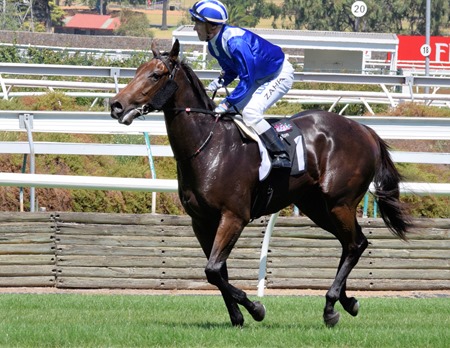 The Australian Guineas was scheduled as Race 7 to run at 4.30 pm, so it was longish afternoon to fill and too hot to be out in the sun for extended periods.

I killed a bit of time in the stalls area getting photos of the Guineas field in their stalls in between watching the races.

Happily the Flemington stalls area is more photo friendly and better lit than at Caulfield.

Here are few of the Guineas field… 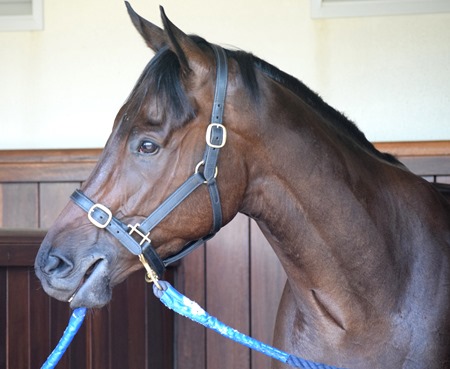 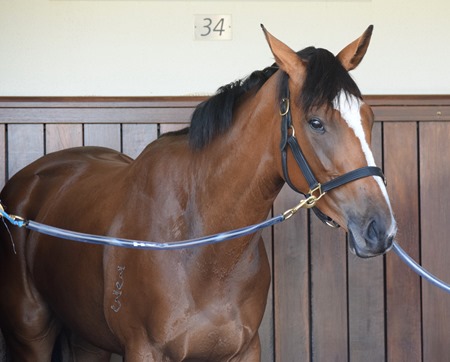 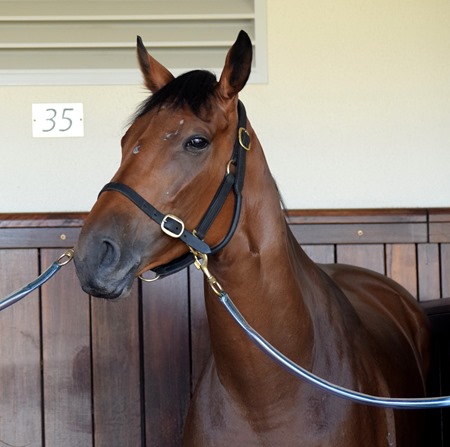 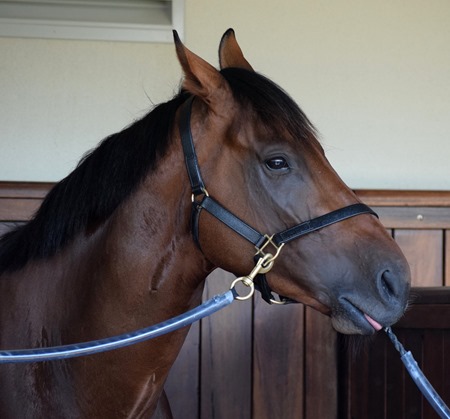 Back trackside, race 4, the Mitty’s Handicap was due to start. It’s an open class race over 1600 metres.

It resulted in Show A Star, leading all the way,  defeating favourite Portman with Divine Mr Artie running third. 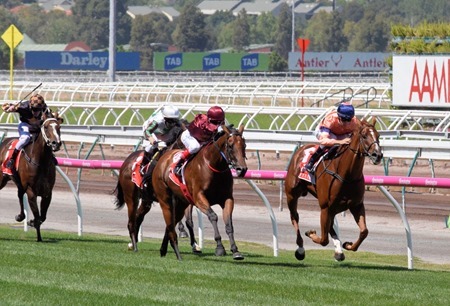 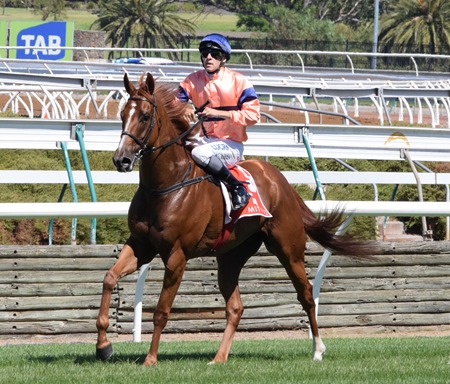 Show A Star returns to scale 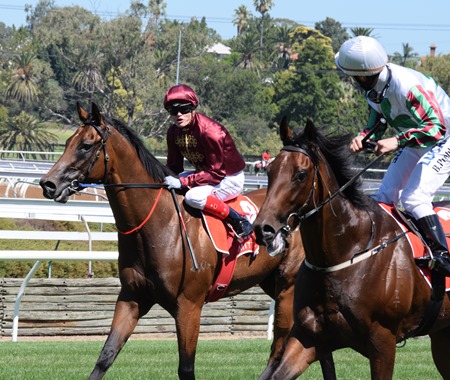 Race 5 was the Group 3 Frances Tressady Stakes, a race for fillies and mares over 1400 metres. 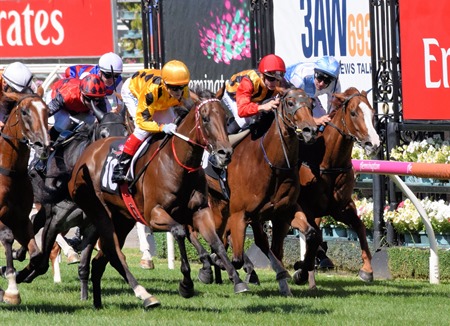 A wall of horses approach the finish line – Turbo Miss (gold cap) is about to overtake Jalan Jalan (red cap) & Diamond Baroness (fence) Rising Romance is just in the picture on the left. 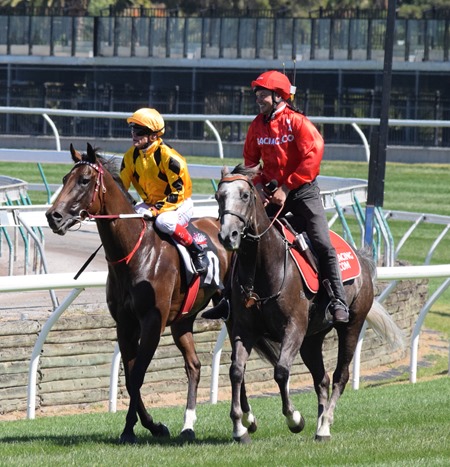 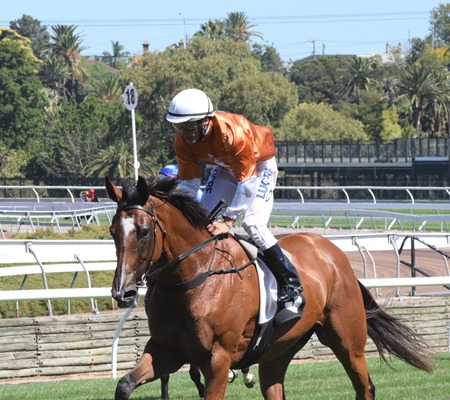 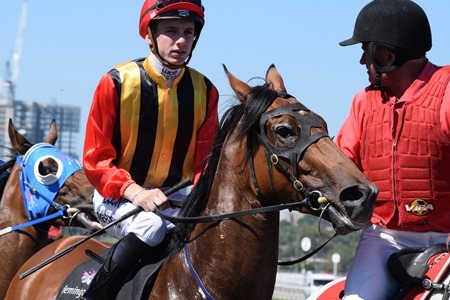 Jalan Jalan on her way to the barriers

He or She who was in the three horse race Caulfield Stakes last spring won by Winx, scored his first win for a year in Race 6, the Group 3 TAB Rewards  Stakes.

He was one of the few favourites to win on the day, beating home Hooked and Zebrinz in the 1400 metre race. 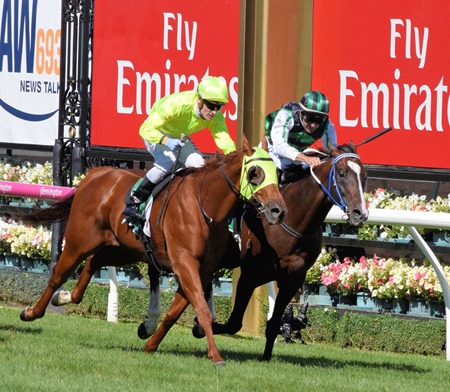 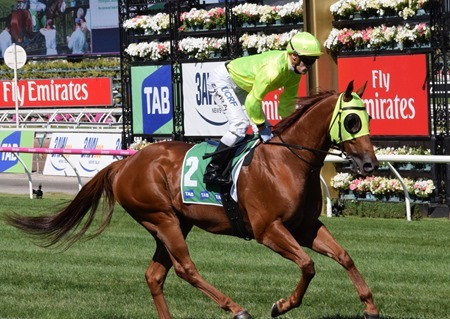 He or She on his way to the barriers 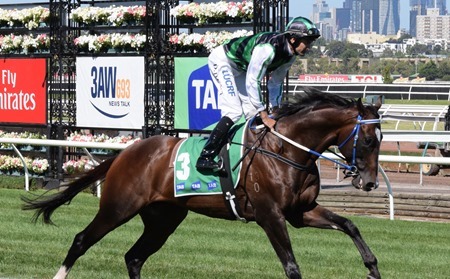 Hooked on his way to the barriers 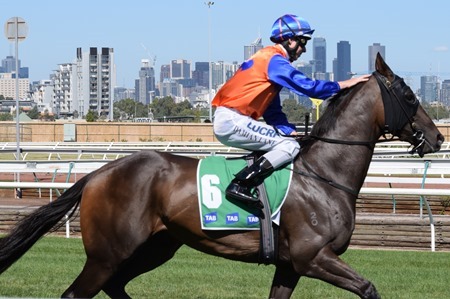 Zebrinz on his way to the barriers

In between the Flemington races I managed to watch the Group 1 races in Sydney on the drenched track.

In the Canterbury Stakes, Chautauqua showed his old spirit, fighting out the finish with Le Romain, to lose by a nose.  And Inference, a son of So You Think, won his sire his first Group 1 in the Randwick Guineas.  Invincible Gem, the sole filly in the race, ran second with Comin’ Through filling third place.

Back at Flemington the feature race was next up and soon the field was filing onto the track.

Hey Doc started from Barrier 1 and his jocky Luke Currie took full advantage of it, keeping Hey Doc close to the inside rail in fourth spot for most of the race as fillies Fuhryk, Legless Veuve and colt Attention set the pace. When a gap appeared near the 400 metre mark Currie eased Hey Doc through and he sped to the lead and maintained it to the line, winning from a fast finishing Prized Icon by ¾ length with Snitzon a further length back in third. 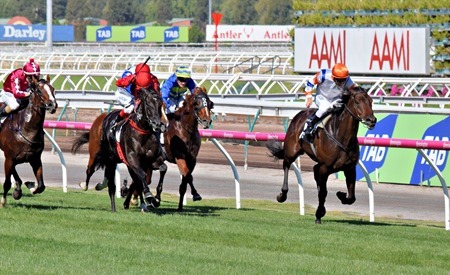 Australian Guineas down the straight approaching the finish line 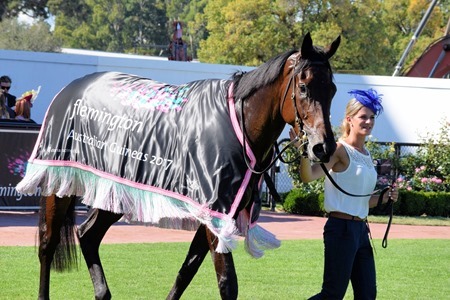 Prized Icon on his way to the starting gates 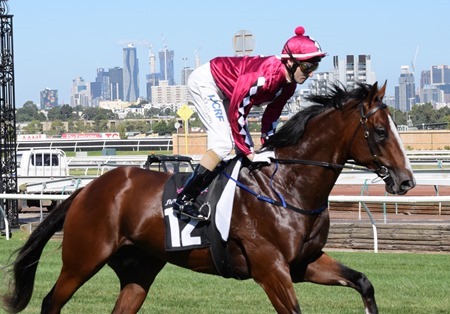 Snitzon on his way to the starting gates

I have been following Hey Doc since last Spring, first seeing him in action on Dato Tan Chin Nam Stakes day at Moonee Valley in early September, so I’m delighted he finally won a Group 1 race.

Prized Icon was the good looker of the day, a splendid black colt worth following in future.

Speaking of good lookers, pretty boy Turn Me Loose has been retired to stud, so we won’t have the pleasure of seeing him race again. He injured his knee in the Futurity Stakes which accounts for his poor performance in the race.

The Melbourne autumn racing carnival basically winds up next Saturday at Flemington where the Group 1 Australian Cup is the feature race, along with the Group 1 Newmarket Handicap.

The roses will be in full bloom for the day, though they were already looking fabulous last Saturday. 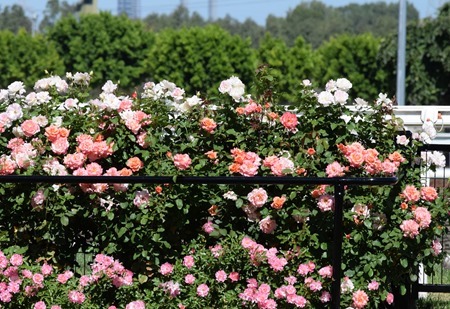 Rose hedge near where I stand to photograph the races

It will be my last Saturday of attending the races for a while, but the Sydney Championships will be in full swing from then on to keep my interest up.