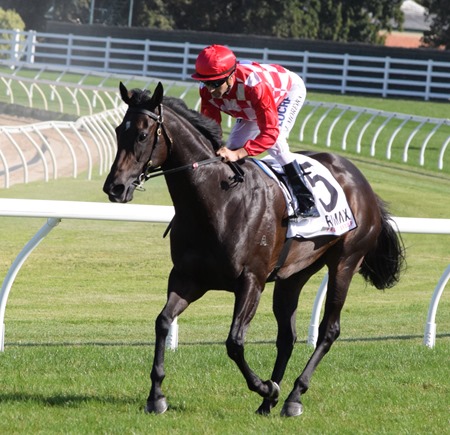 Melbourne’s Autumn Group 1 racing season comes to a close this Friday night at Moonee Valley which features the Group 1 William Reid Stakes at its final night meeting of the autumn.

The race was won last year by Flamberge when he was trained by Peter Moody, who bowed out of racing on the same night.

Flamberge is now with the Darren Weir stable and is back in an attempt to win the race a second time in succession. He goes well fresh and with luck could succeed.

A rather good field of sprinters will be trying to deny him that victory, chief among them Rebel Dane, Sheidel, Hooked, Silent Sedition and three year old colt Star Turn.

Also of interest at Moonee Valley are races 4 and 6, the former being the the final heat of the Inglis 55 Second Challenge where Petits Filous is making a return to the track, after almost a year missing in action due to injury.

Race 6 is the Group 2 Sunline Stakes, a race for fillies and mares over 1600 metres.  Class acts among the acceptances are First Seal, Rising Romance and star filly I Am A Star who will probably start as favourite.

Rosehill on Saturday features two choice Group 1 races, the BMW a race for stayers over 2400 metres, and the Vinery Stud Stakes, one for three year old fillies, over 2000 metres.

The BMW has mustered a really interesting field of stayers, all with a good chance of winning. The leading contenders include the 2017 Australian Cup trifecta, Humidor, Jameka and Exospheric, along with  2016 Australian Derby winner Tavago who won the Sky High Stakes at his last outing at big odds, Ranvet Stakes winner Our Ivanhowe who loves heavy tracks, and tough staying filly Lasqueti Spirit who may run the rest of the field ragged with her ability to maintain top speed over a distance.

With a number of equally matched fillies in the field, the Vinery Stud Stakes also makes it hard to single out a winner. In contention are New Zealand filly La Bella Diosa who won the Surround Stakes on a heavy track, then finished last in the Coolmore Classic, Chris Waller trained Foxplay and Dawn Wall, both in winning form, and Melbourne based fillies Harlow Gold and Montoya’s Secret, each of them having good staying bloodlines.

The Rosehill track will be heavy again, but the Moonee Valley track will be good, despite a bit of rain falling this week in Melbourne.

Update Saturday Afternoon – The Girls Have It!

Interesting results all round after a night and a day of Group 1 racing.

I Am A Star won the Sunline Stakes by 3¼ lengths from French Emotion and First Seal. She’s a super filly who will surely go on to better things.

The BMW was won in spectacular fashion by the wonderful Jameka who beat Humidor by 6½ lengths with Exospheric running third – the same trifecta result (with first and second reversed) as the Australian Cup.

Next week the racing action is at Randwick for Doncaster/ Derby Day – a great race meeting every year, featuring four Group 1 races.