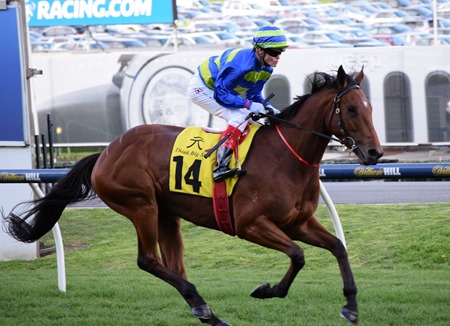 Jameka will kick off her autumn campaign in the Orr Stakes

Since the last Group 1 race – Kingston Town Classic in WA in early December 2016 – the world has undergone a tumultuous change with the rise to power of Donald Trump to US President, so it’s good to have some small pleasures to distract one from the global doom and gloom that dominates at the present time.

I’m speaking of course of the resumption of Group 1 racing this weekend, when Caulfield hosts the C F Orr Stakes and several other interesting races.

In Sydney, wonder mare Winx kicks off her autumn campaign in the Group 2 Apollo Stakes at Randwick, aiming for her 14th win in succession. 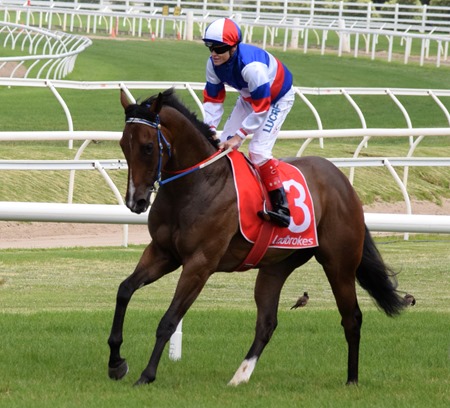 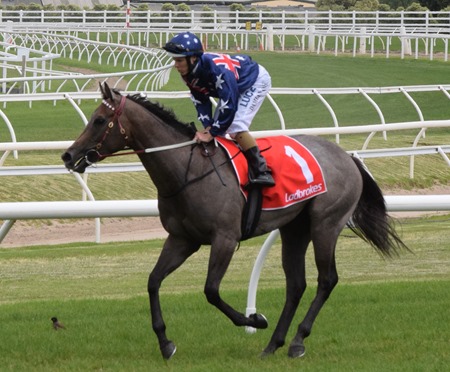 The fillies Blue Diamond Prelude, a Group 2 race over 1100 metres is on first and has a small field of class fillies contesting it that include the aforementioned Limestone, Catchy who has won her only two starts, defeating Property in the second by over two lengths, Blondie who sizzled in her only start at Moonee Valley, and Roomooz who won her only start by 5 lengths.  They appear the top picks.

Property is probably the top pick in the colts Prelude and is up against the likes of Azazel who ran second to Property in the Preview.  Others worth considering are the stunning looking Wait For No One, Cao Cao, and Sydney colt Pariah.

The mighty grey flash Chautauqua makes a welcome return to the track in the Group 2 Rubiton Stakes, a sprint over 1100 metres. He didn’t fire  in the two races he contested last spring so has had a long break.  It will be interesting to see if he’s back to his old winning self. He faces a small field that includes Winx younger half brother El Divino and Myer Classic winner I Am A Star. Also in the picture are Wild Rain and Hellbent.

The Group 1 CF Orr Stakes (1400 metres) is scheduled as race 7 and has attracted a cracking field, nine of the twelve runners being Group 1 winners. Last year it was won by Suavito and the year before by Dissident.

Black Heart Bart, Malaguerra, Turn Me Loose and Palentino all have a run under their belts, contesting  the Group 2 Australia Stakes at Moonee Valley a fortnight ago. Malaguerra was the winner,  beating Black Heart Bart by two lengths.

Back from a break are Caulfield Cup winner Jameka, Awesome Rock and He’s Our Rokkii.  Also in the field, thrown in at the deep end, is Caulfield Guineas winner Divine Prophet, a light weight chance.

Winx takes on a field of 11 rivals in the Apollo Stakes, also run over 1400 metres, that include Hartnell, Dibayani, stayers like Preferment and Leebaz and the runaway Victorian Oaks winner Lasqueti Spirit. As is usual during the Sydney autumn racing season the track will be on the slow side, but a hot day is forecast. Here’s hoping Winx will keep her winning run intact.

Melbourne has had a fairly mild summer so far with very few days getting above 35ºC and Saturday is expected to be a pleasant 27ºC, and mainly sunny.

I’m fond of the Melbourne autumn racing season it having a different vibe to the spring carnival. It is less crowded for a start and more laid back.

I’m looking forward to seeing quite a few of my current favourites racing in the flesh – Jameka, Turn Me Loose, Chautauqua, Black Heart Bart etc.

I love a grey horse anytime but betting on one is sure to mozz it completely. My father worked for all the big bookies and I don't know what he would think of the scene now. I do know he would love getting the scratchings on a mobile phone every morning. Nothing like driving with him and being handed the paper and told to get the scratchings, the responsibility was crushing up there with being handed the launch codes for missiles.

I'm not a big gambler, hardly have a bet on course or off it. I just love following the horses, having done so for years. Grey horses are always popular. Limestone, pictured above, is classed as grey, but her coloring is quite distinctive being light brownish grey, not often seen at the track, and she's easy to recognise, which you can't say about all the brown, chestnut and bay horses.