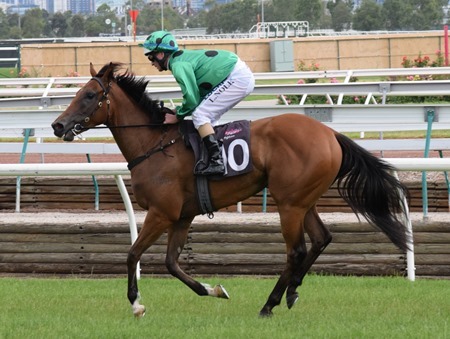 After the tragic end to 2016 with the death of our beloved cat, I needed cheering up, so headed out to Flemington to welcome the New Year and witness Black Caviar’s first foal, Oscietra, have her first start at the race track.

She was set to run in the first race on the program, so I caught the first train to Flemington, along with a good crowd of other racing enthusiasts. Many of course, like me, were only going to see Oscietra.

There was plenty of time to cruise out to the stalls area and a big crowd was gathered outside Oscietra’s stall to get a first look at the star mare’s daughter. 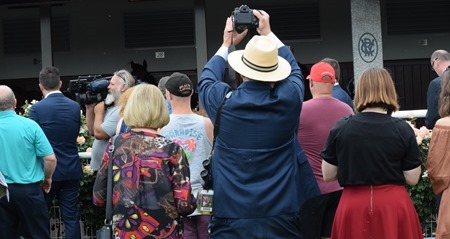 I managed to wriggle in and got several photos of the filly. The atmosphere was reminiscent of the days when Black Caviar was at the track. 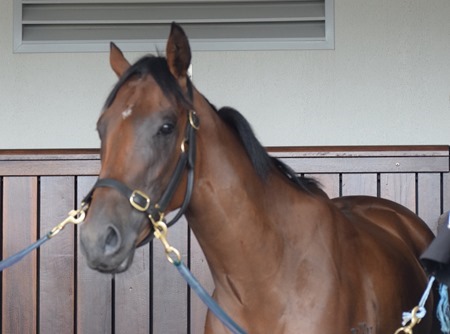 Oscietra standing calmly in her stall

Oscietra took the attention calmly as if she’d seen it all before, even though it was her first day at the races.

Alas she wasn’t able to emulate her mum with a win, being outgunned by the more experienced filly Limestone, but was far from disgraced running third. 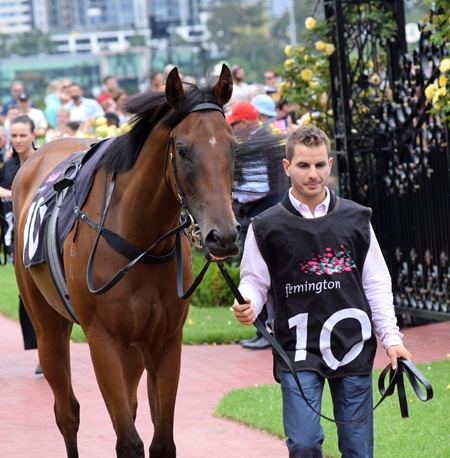 Oscietra in the mounting yard

Oscietra pinged out of the barriers and led for most of the race down the middle of the big Flemington straight, and was only overtaken by Limestone in the last 200 metres.  Miss Wahoo ran second. 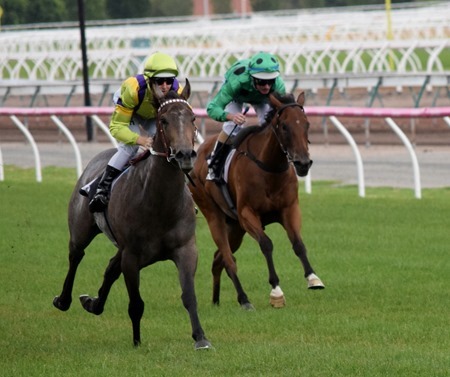 It is probably a blessing that Oscietra didn’t win her first race, as expectations will not be as high next time round, where she has the potential to be the star act. 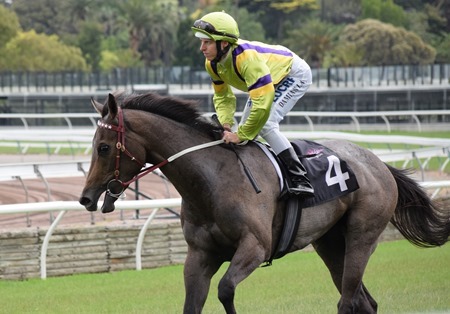 There was a larger than usual crowd in attendance for such a low key meeting, and Oscietra’s race was the feature race as far as most were concerned.

I stayed for two more races, the first of these being the  Straight Draw Handicap, run over 2000 metres. Flying Light was the starting favourite and he didn’t disappoint winning by ¾ length from Master Zephyr with Kourkam running third. 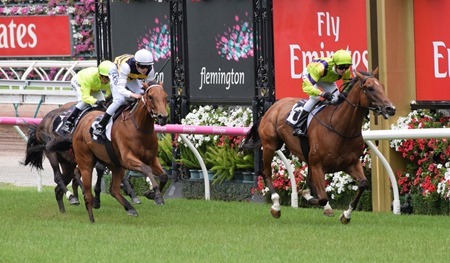 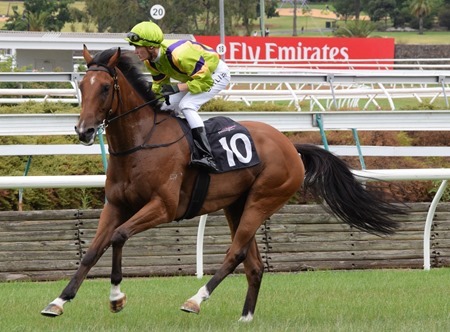 Race 3 was the Byron Moore Handicap, a race over 1600 metres.  The wonderfully named Crocodile Rock, a Lloyd Williams import from Ireland was the favourite, but he left it too late in his run to overtake eventual winner Gervaise who romped in at good odds.  Stone Warrior ran third. 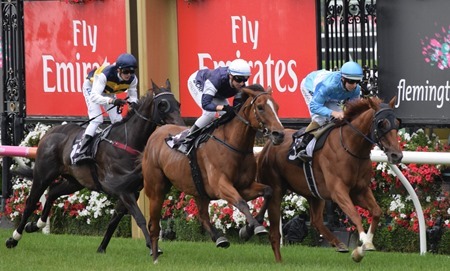 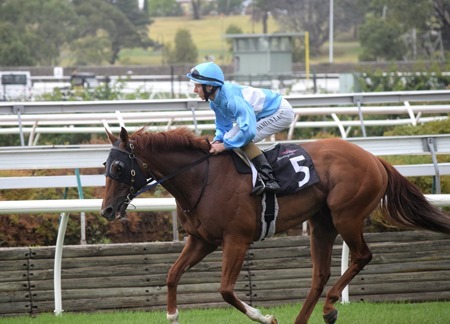 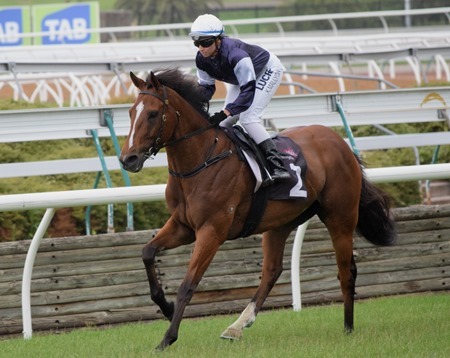 As trains were not scheduled to leave Flemington until 5.00pm, I was obliged to make the long tramp to Epsom Road to the tram stop. The journey home took about a hour, the 57 Tram being an old slow Z class vehicle that weaves its way through the north western suburbs to the city.

The autumn racing carnival kicks off in earnest in February, so there’s not long to wait for first class meetings, with various build up races occuring in January.

It is now a week since Willy’s death and we still miss him, and expect him to appear and demand attention at any moment.

Talya by contrast is a quiter, less demanding  cat, so it’s no wonder she’s now emerging from Willy’s shadow and taking over where he left off.

This morning she waited for me and occupied my lap as Willy used to do. She never got a look in when he was around. She’s asleep on my pillow as I write, another invasion of Willy’s former domain. 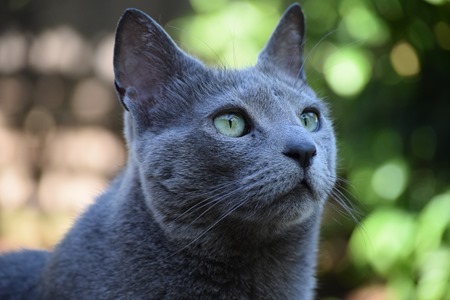 Talya – the Queen of the Universe

And I’m pleased to report that she has finally given up pulling her fur out, so is looking much prettier these days with her fur grown back.

As for the rest of 2017, I’m hoping for small pleasant distractions to offset the gloom of the new world order.

For a start, I have three concerts to attend in the near future, the first being Americana maestro Tim O’Brien at Caravan Music Club next week.

In February I’m going to a Bruce Springsteen concert. I have never had the pleasure of seeing him before and wouldn’t have gone had not Frontier Touring had a Boxing Day sale, where I acquired tickets at a discounted price.

And I’m keenly looking forward to seeing the Dixie Chicks in April, from second row seats at Rod Laver Arena.

As for books, there’s nothing much that has piqued my interest so far, but I believe that Hilary Mantel’s final book in her Thomas Cromwell trilogy will be out later this year.

Cross fingers,  John Crowley’s Little, Big (25th Anniversary Edition)  may be finally published this year.  I’ve expressed this same wish every year since this blog was started, and hope not to write it again in 2018.

John Crowley also has a new book in the offing which is rumoured to be published sometime in 2017 – always something to await with pleasurable anticipation.