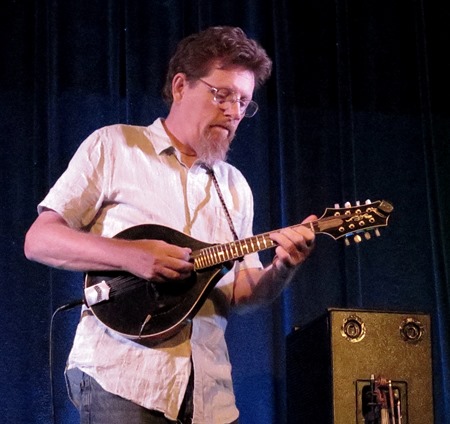 Caravan Music Club, out in the wilds of Oakleigh, on the other side of the Yarra, is a fair way from where I live. But it’s such a pleasant venue that the long trek getting there is generally worth the effort.

Such was the case last night, where we saw American master musician Tim O’Brien show off his expertise on guitar, violin and mandolin in a one man show.

Tim O’Brien last toured Australia in 2011, and I had the good fortune to see him perform at the Port Fairy Folk Festival and at the now extinct East Brunswick Club.

As well as being a whiz on various instruments, Tim also has a great singing voice, a warm tenor that suits the kind of music he favours – bluegrass, folk and gospel.

He started his show with one of his own compositions Workin’ a sort of Dylanish monologue detailing various work scenarios. Señor, a Dylan song he recorded on his wonderful Bob Dylan bluegrass tribute album Red On Blonde, followed, and provided an interesting and appropriate segue.

He changed the mood with a traditional English folk ballad Pretty Fair Lady In The Garden, then performed the comical title song from his latest record Pompadour.

Quite a few of the songs on the night were from the Pompadour album.

Tim O’Brien is touring Australia in the company of his partner, Jan Fabricious, whom he invited on stage to sing harmony in the next few songs – Wichita, I Gotta Move, What Happened To Me and Go Down To The Water. 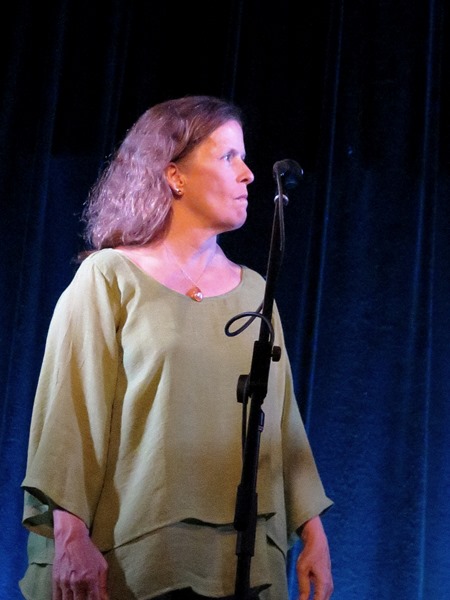 And so the night progressed, Tim switching from guitar to fiddle to mandolin, singing or playing 22 tunes in his main set.

I was a tad disappointed he didn’t play banjo, but you can’t have everything. 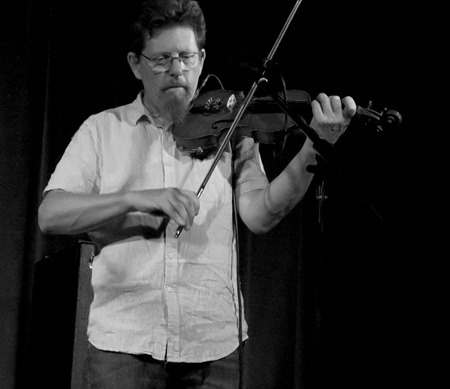 Several of the tunes were instrumental, such as traditional fiddle tunes like Ditty Boy Twang, Say Old Man and Kid On The Mountain, but the whole show was varied in terms of musical styles, making it a very enjoyable and engaging concert.

There was a good crowd in attendance, many of my vintage, who all appreciated the rare pleasure of watching Tim O”Brien play his instruments so effortlessly and with masterful skill. 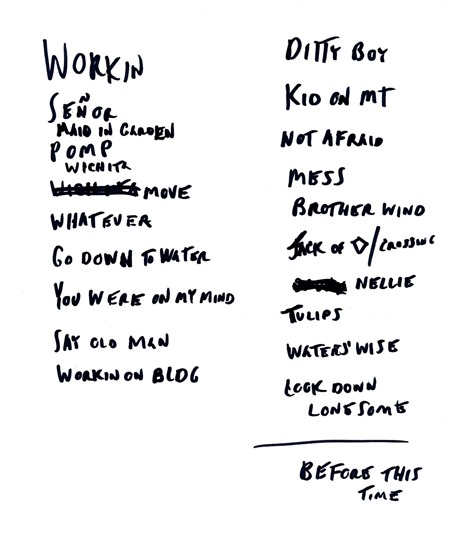 Set List Translated (to the best of my ability)

Before This Time Another Year