Last year the Oaks meeting was a wash out when a big storm hit the course in the early afternoon. By contrast the Oaks this year was run in brilliant sunshine and as you can imagine the crowds were out in force.

Everywhere there were girls dressed in flimsy dresses and high heels, not to mention with crazy fascinators on their heads.

So much over the top high fashion grew quite boring after a while, so I sought solace in the stalls area and the horses waiting for their events to begin.

I was intending to get photos of the Oaks field in the stalls, but failed to locate several, as the stalls they were allocated in the race book appeared to be occupied by a different horse.

Those I did manage to snap are below. 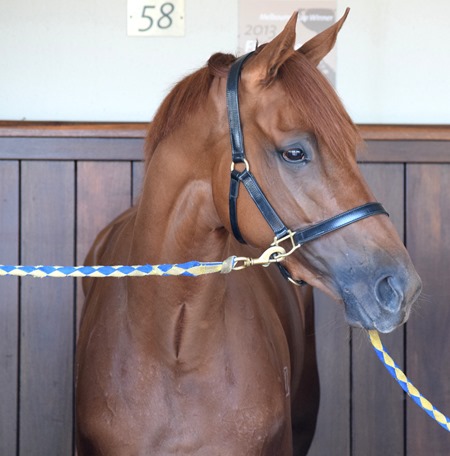 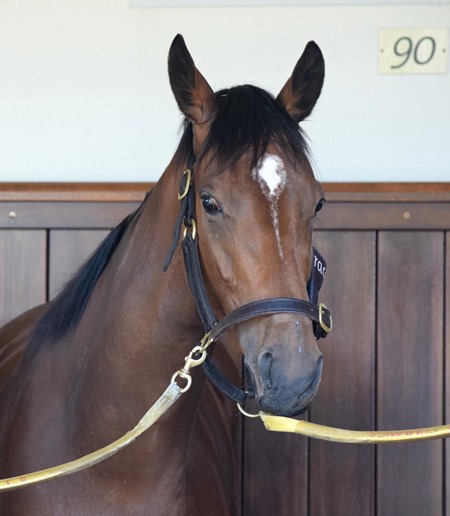 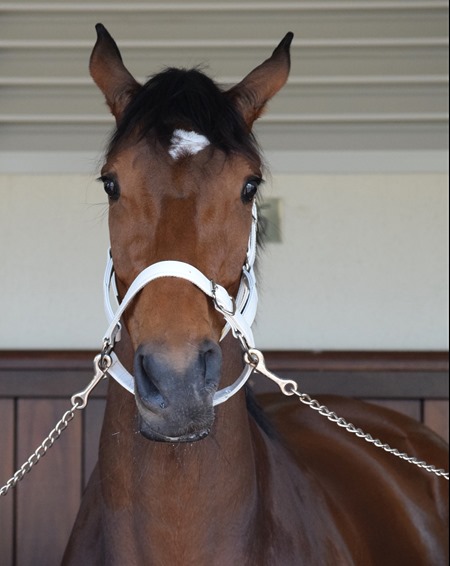 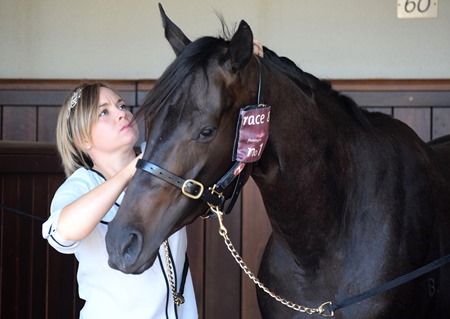 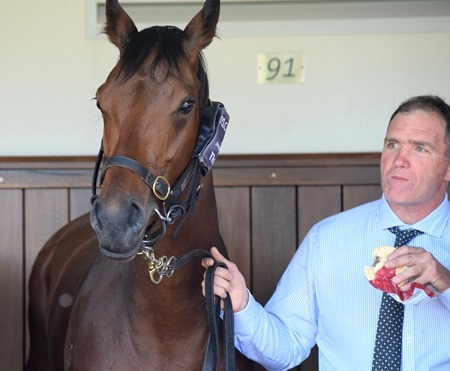 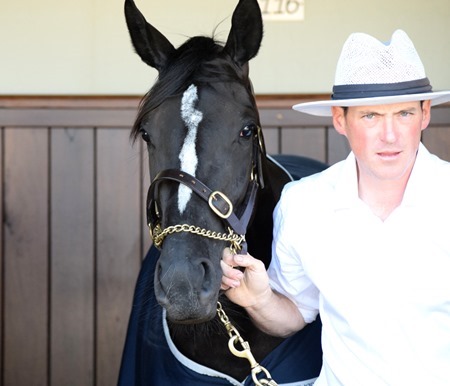 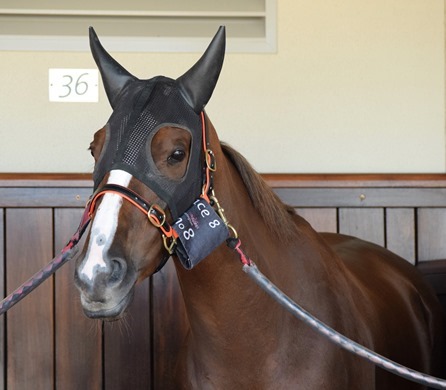 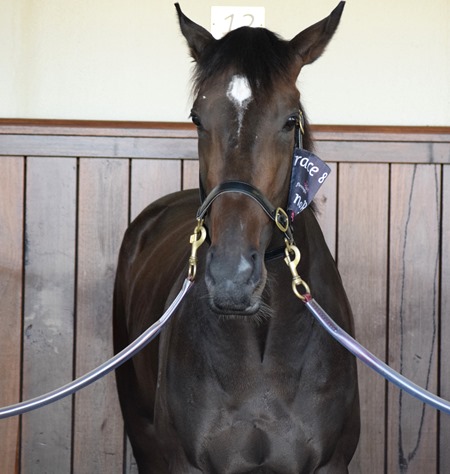 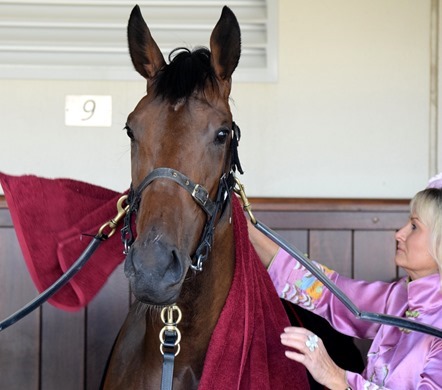 I reached Flemington at around 2.00 pm, but dilly dallied in the stalls area whilst race 4 was run, so missed it entirely.

For the rest of the afternoon I was in my regular spot at the access gate west of the finishing post, so I witnessed and photographed races 5 to 7 whilst waiting for the main event.

Anaheim won the bikkies from Righteous Mate and Rockstar Rebel by a length. 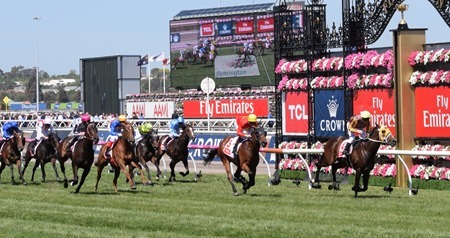 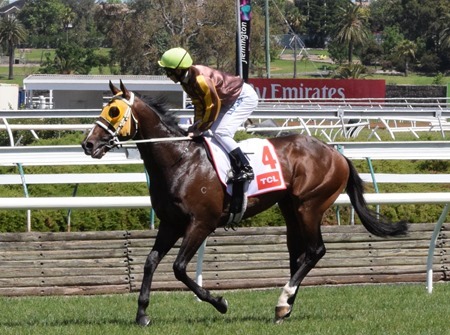 Race 6 was a slightly more interesting race, the L’Oreal Paris Stakes over 1400 metres.  Former Irish horse Arod, who is now with the Chris Waller stable was making his first appearance this spring. He was out here last year and competed in the Cox Plate and Emirates Stakes without success.

Arod ran a good second to Rageese in the L’Oreal Paris Stakes  with Federal running third. 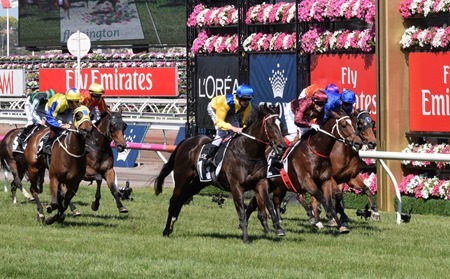 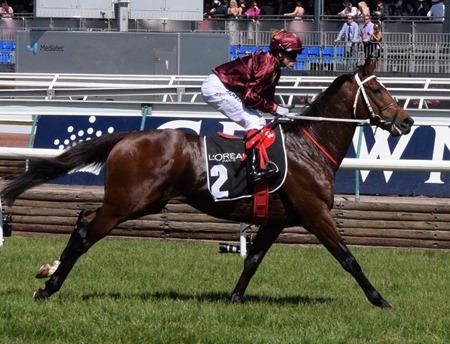 Arod on his way to the barriers 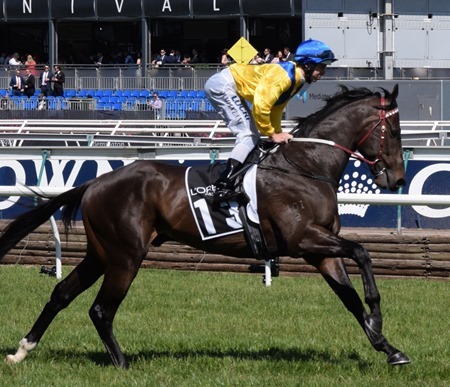 Rageese on his way to the barriers 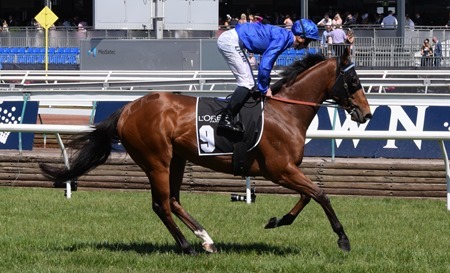 Federal on his way to the barriers

Even more interesting than the L’Oreal Paris Stakes was race 7, the Mumm Stakes, a sprint over 1000 metres. It was good to see Terravista back in action having his first race since autumn. He mixed it with the likes of Chautauqua and Lankan Rupee a few years back and was considered one of the best sprinters in Australia at the time.

He performed very well in the Mumm Stakes losing by a nose to Redzel on the line.  The race favourite Hellbent was two lengths back running third. 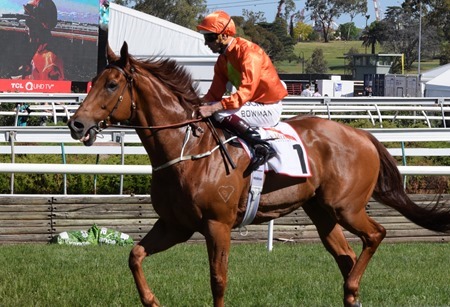 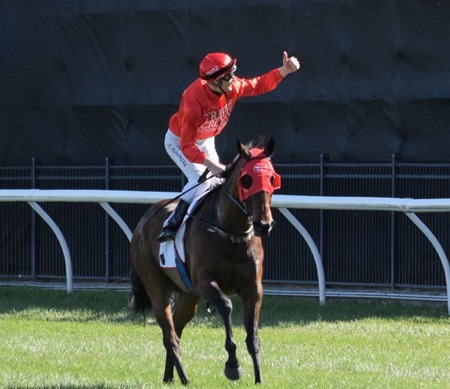 There was a 45 minute wait before the Crown Oaks was run, and the trophy was carried down the straight by champion athlete Usain Bolt in the interim.

When I snapped the following picture I was unaware that the black gentleman in the photo was Usain Bolt. I’m so uninterested in celebrities that I was unaware that he was at Flemington for the race and only found out when watching the news later that night. 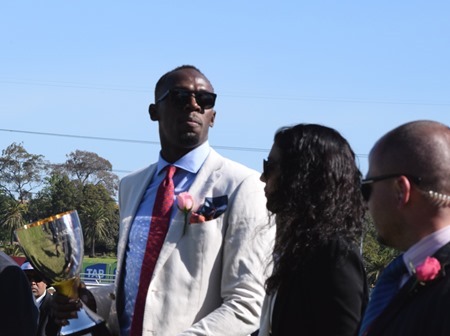 Usain Bolt carries the Oaks cup to the mounting yard

I was amused to read today that he was almost kicked by Eleonora in the mounting yard.  Story here.

So on to the Oaks…

Nobody, least of all her jockey, expected Lasqueti Spirit to win the Oaks, but win it she did in spectacular fashion, setting a rattling pace in the lead for most of the 2500 metre race. In the straight she showed no signs of slowing down and raced to a four length win unopposed.

Harlow Gold and Eleonora fought out the minor placings with the rest of the field several lengths behind them. Yankee Rose was never in the race, running at the tail of the field to finish well back. 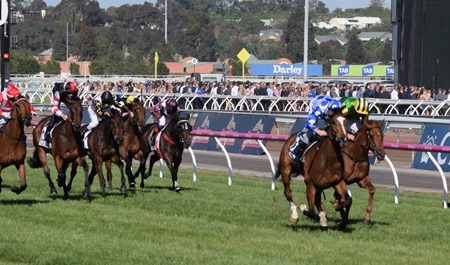 Eleonora (inside) & Harlow Gold fight out the finish.

Lasqueti Spirit payed over $100 for her win. Lucky if you were on her. 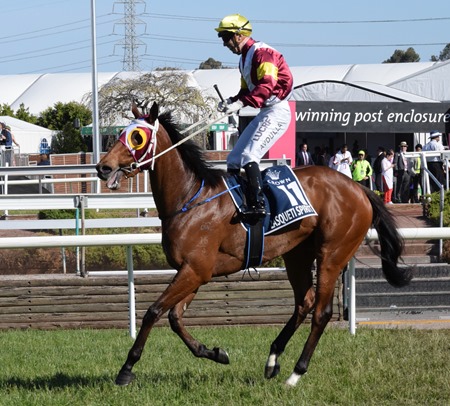 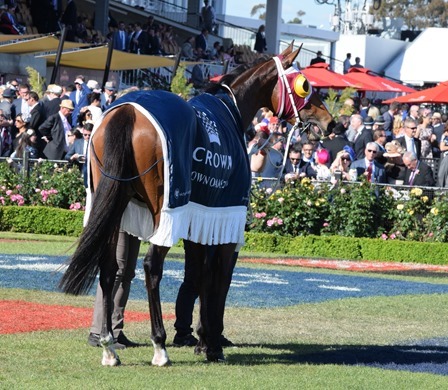 I headed home after the Oaks, I must admit feeling a tad spring carnival lagged after the past week of racing excitement.

I won’t be there to watch it live, but hopefully will find time to watch the replays later on if I can’t find a way to watch the live coverage.