Whose Cup Will Runneth Over This Year? 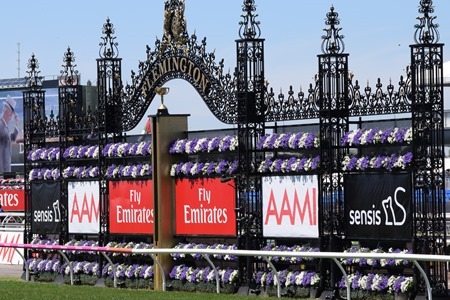 It’s that time of the year again when Melbourne gears up for the Melbourne Cup, still the most popular race in the country, being the best known no doubt. Most of the country wouldn’t be able to tell the difference between a sprint and distance race to tell the truth.

Every year it gets harder to suss out the Cup winner and this year is no different with the bulk of the 24 strong field being International raiders hoping to steal the $6 million on offer.

There is a sad lack of local talent, with only four in the field being bred in Australia or New Zealand. Still, with both the Caulfield Cup and Cox Plate being won by local breds, and mares at that, one can hope that one of the four locals – Jameka, Who Shot Thebarman, Pentathlon and Rose of Virginia -  will win the 2016 Melbourne Cup.

Of the four mentioned above, Jameka has the best chance and is my personal favourite in the race. She has drawn Gate 3 (inside) and has the excellent services of Nick Hall as her jockey. He’s an intelligent rider, his winning ride on Jameka in the Caulfield Cup being a masterpiece of strategy and timing. If he can do the same in the Melbourne Cup, she wins.

The only question mark over Jameka is her ability to run 3200 metres. Her breeding suggests she can’t, but I thought the same before she won the Oaks last year and was glad to be proved wrong.

Of the rest, imported stayers who have acclimatised, Hartnell and Almandin are the top picks. Both have been in winning form this spring and have been specifically set for the Melbourne Cup.

The best of the Internationals appear to be Irish stayers Wicklow Brave and Heartbreak City and Godolphin owned runners Oceanographer who won the Lexus Stakes last Saturday, and Qewy who won the Geelong Cup.  There is one Japanese stayer in the field, Curren Mirotic, who may be unwise to ignore, but he is 9 years old and his form looks uninspiring.

That’s my two bobs worth - take it with a grain of salt.

In reality any horse in the field can win given luck and the right ride.

I’m hoping that Jameka can become the first mare since Ethereal in 2001 to win the Caulfield Cup/Melbourne Cup double.

If she does succeed in doing this I shall regret that I was not there to see it in person, as I do not intend to go to the Melbourne Cup meeting, even though I was thinking about it.

I ended up with a strained calf  muscle after stumbling at Flemington last Saturday, and even though it is much improved today, I don’t fancy limping around an overcrowded public lawn or walking any great distance at the present time.

Hopefully it will be all better by Crown Oaks Day on Thursday as I don’t want to miss the feature event where Yankee Rose will be the starring attraction.