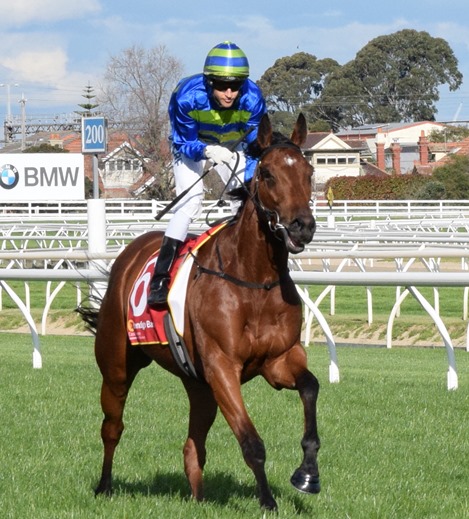 The acceptances are in and barriers decided, so it’s time to consider the feature race coming up this Saturday, none other than the time honoured Caulfield Cup, the first of the BIG THREE races of the Melbourne Spring Racing Carnival

There are four International runners having their first start in Australia, these being Scottish from Ireland, Sir Isaac Newton and Exospheric from Great Britain, and Articus from France. The big question is can they beat the locals.

Current favourite is Jameka who has drawn Barrier 13, which isn’t so bad considering the field will be 18 strong. She also has Nick Hall as her jockey who steered home Fawkner from Barrier 12 in the 2013 Caulfield Cup. She will be carrying the relatively lightweight of 52.5kgs, so she has a very good chance of winning.

Fellow staying mare, Real Love also ticks the boxes. She has been in great form of late, winning the JRA Cup at her last start.

There are three mares in all racing in the Caulfield Cup, the other  being Jameka’s stablemate, Set Square .

Of the males in contention, Metropolitan winner Sir John Hawkwood has to be a good chance as does Tally who ran third to Hartnell and Jameka in the Turnbull Stakes, though well behind.

Both Preferment and Tarzino form-wise don’t inspire confidence, but if they are on their game could easily surprise as they’re both Victoria Derby winners and certainly can run the 2400 metres of the race.

The rest of the race card is actually quite interesting, with a number of races that have piqued my interest, since horses I have been following are in the fields.

Race 4, the Group 3 Ethereal Stakes, run over 2000 metres, by chance has Ethereal’s granddaughter Eleonora in the field. Can she win it?  I’d like to think she can. Her main rivals are Moqueen, Sebring Dream and Bella Sorellastra.

First Seal, who in her younger days beat Winx on two occasions, is having her first start in Melbourne in the Group 2 Tristarc Stakes (1400 metres). I’m looking forward to seeing her in the flesh. She had a long lay off due to injury and since her return has had only moderate success.  She’s up against the super smart Tycoon Tara who is in great form having won three out of her last four starts in Sydney.  Others with a chance are French Emotion, Danish Twist and Shillelagh.

And last, but certainly not least, is the welcome return to the track of the horse with a heart, Lankan Rupee, in the second last race of the day, the Group 2 Caulfield Sprint run over 1000 metres. He is top weight for the event and will have to carry a massive 61kg burden, which rather limits his chances of winning first up. He’ll be giving up
3-8 kgs to his main rivals, Wild Rain, Hellbent and Our Boy Malachi.

However, if he is back to his former best, his class may prove too good for the rest and he could win at long odds as he did the past.

The weather on Saturday promises to be warm and sunny, with alas a strong wind.  Notwithstanding the wind, I’m looking forward to witnessing my second Caulfield Cup in person.