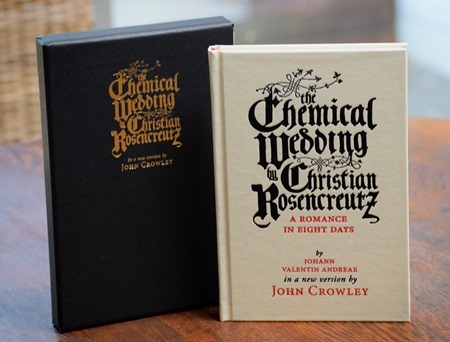 Back in May this year there was a Kickstarter campaign by Small Beer Press to publish various exclusive hard cover editions of the 400 year old romance The Chemical Wedding in a new version written by the marvellous John Crowley.

I couldn’t resist pledging for a Numbered Edition:

Limited to 200 numbered copies (not including presentation copies to author, illustrator, and designer).

Signed on a two-color tipped in page by the author John Crowley, the illustrator Theo Fadel, and the designer Jacob McMurray.

Presented in a black cloth slipcase stamped with gold foil and accompanied by an exclusive woodcut hand printed, signed, and numbered in her studio by Theo Fadel.

It arrived in the mail yesterday and is a beautiful book as special as promised in the Kickstarter, with an attractive variation of red endpapers and a red ribbon instead of black as described above.

Theo Fadel’s illustrations are playful and apt and the numbered edition includes a separate numbered and signed woodcut by the artist. 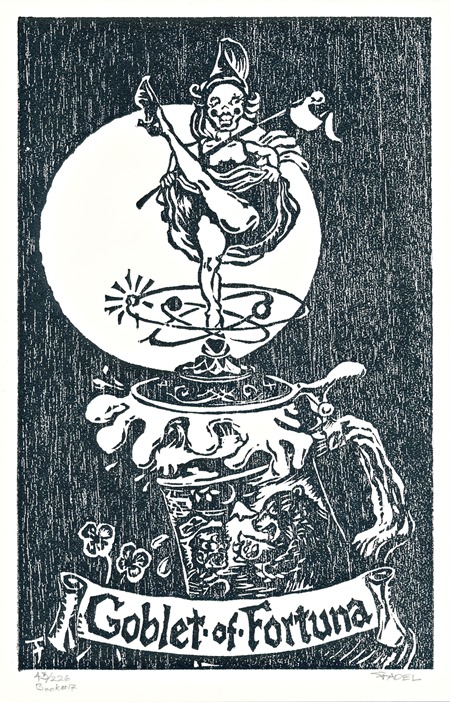 A paperback and ebook will be published on the 400th Anniversary date of the original, 8 November 2016.

There has been no recent news on the other John Crowley book, the 25th Anniversary Edition of Little, Big that I have been awaiting for close to 12 years.

The last newsletter received in August indicated that the book may go to press by the end of the year, but I hold out little hope of that happening and live in expectation that it will be finally published in 2017.