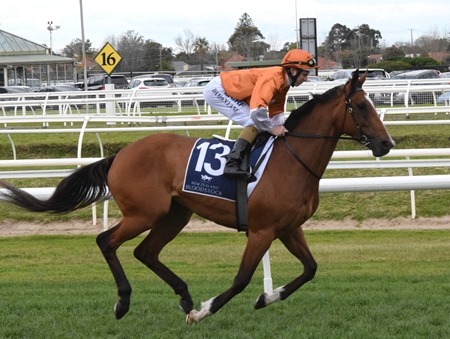 The wide open spaces of Flemington beckon this coming Saturday with a super race meeting making the trip out west worth the effort.

The feature race is the Group 1 Makybe Diva Stakes, where a field of 13 runners will be contesting it.  Black Heart Bart is the hot favourite. It’s understandable considering he won Memsie Stakes in fine fashion at his first start for the season.  However, there are a few questionmarks as to whether he can win. He has never won over 1600 metres, and his recent form shows him running first, then second, then first, second, etc, though in his younger days in Western Australia he strung together several consecutive wins.

Happy Trails, now nine years old, is resuming for another spring season, his sixth in succession. I feel that he is probably past his glory days  where from 2012 to 2014 he won a Group 1 race each year – the Emirates Stakes in 2012, the Turnbull in 2013 and the Mackinnon in 2014. He’s grand old trouper who seems to have been around forever.

When I saw Rising Romance at Caulfield on Memsie Stakes Day I thought she looked a picture of health, so it was not surprising that she ran second in the race. Can she go one better in the Makybe Diva Stakes?  She’s due for a win having run against quality fields most of her career and finished second or third in several Group 1 races.

The handsome Alpine Eagle is also entered in the Makybe Diva Stakes. It would be good to see an improvement from him after his rather disappointing sixth in the Memsie Stakes, but he is bred to be a stayer and may have found the pace too hot.

Due to the train timetable, I’ll be obliged to get to Flemington fairly early in the afternoon, so it’s fortunate that the support card has several other interesting races to keep me amused.

The Group 2 Danehill Stakes is scheduled as race 5 and is for three year olds and run over 1200 metres. I’m keen to get a look at New Zealand trainer Murray Baker’s new star Saracino having his first race in Australia. He’s up against smart local colts like Defcon, who recently won the HDF MCNeil Stakes, the  runners up Highland Beat and Wazzenme, Trenchant who has won at Flemington previously, and sole filly Samara Dancer.

We last saw New Zealand bred Xtravagant race in Australia in this  year’s Australian Guineas, where he started as hot favourite and failed to run a place. He’ll be out to redeem his reputation in the Bobbie Lewis Quality a sprint over 1200 metres. His greatest rival is Stradbroke Handicap winner Under The Louvre who always runs an honest race. This race was won by Chautauqua in 2014, which was when he first came to notice, and we all know how good has become since then.

In Sydney at Rosehill the feature race is the Golden Rose Stakes. It has a great field comprised of 12 colts/geldings and 3 fillies.

Of the boys, the top picks are Astern and Divine Prophet who both won their last starts, followed by Winx younger half brother El Divino, who was rather disappointing in the Run To The Rose and Melbourne colt Derryn who ran second to Divine Prophet at his last start.

Both Omei Sword and Yankee Rose are highly regarded fillies, the former being in the almighty Chris Waller stable, winning her last start by three and half lengths, the latter winning against the boys in autumn in the Group 1 Sires Produce Stakes and also running second in the Golden Slipper Stakes. If Yankee Rose has recovered from the minor injury she sustained recently, she is a force to be reckoned with and is one of the horses I’ve been looking forward to seeing this spring if she ever makes it to Melbourne.

Though the weather in Melbourne has been warm and sunny most of this week, a change on Friday is forecast to bring some rain, though it is expected to clear briefly on Saturday in time for the races.

Rosehill, for a change, may even present as good, with not much rain falling in Sydney before the weekend.