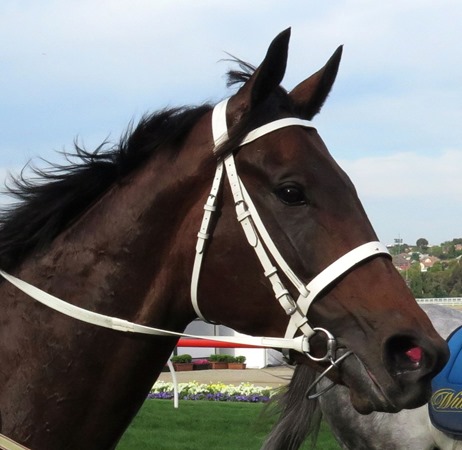 The time honoured George Main Stakes has been renamed the Colgate Optic White Stakes, in my opinion a totally absurd change and somewhat disrespectful to the many champion racehorses who have won the race in the past.

Anyway, it is of great interest due to the return of super mare Winx, having her second start for the spring.

She faces a very small field of five other starters that include two of her stablemates, Spirit Jim and Vanbrugh and a couple of Godolphin hopefuls in Hauraki and It’s Somewhat.  Japanese horse Tosen Stardom was an acceptor but he has been scratched after he sustained a minor injury on his trip to Sydney.  Winx of course is the short priced favourite and Hauraki is seen as her greatest threat.  It should be an easy win for Winx and, barring the unforeseen, she will achieve her 11th consecutive win.

For a change the track at Randwick shouldn’t be too soggy, as Sydney hasn’t had as much rain this week, unlike Melbourne, where it has rained solidly all week, and rural areas are flooded all over the State of Victoria.

There are no Group 1 races in Melbourne this coming weekend, but Caulfield is holding a fairly interesting meeting that features the Group 2 Naturalism Stakes, a race over 2000 metres for stayers aiming to gain automatic admission into the Caulfield Cup.

It has attracted a huge field of 16 starters plus 4 emergencies and includes staying mares Real Love, who ran second to Awesome Rock in the Dato Tan Chin Nam Stakes, Set Square who ran third on that occasion, and Jameka who will have no worries running on a heavy track.  An interesting runner is French mare Gabella who raced at Flemington last Saturday and finished a close fourth.

The favourite will no doubt be Tom Melbourne an Irish import who has a good reputation and several wins under his belt.

As I plan to get to the track later rather than early, I will miss seeing Cauthen in the first race. Now six years old he has been only lightly raced, but he has the distinction of defeating 2013 Cox Plate winner Shamus Award and Long John, 2013 Caulfield Guineas winner  at Moonee Valley back when he was three. He hasn’t raced for two years, so it’s surprising to see him back, but the recovery from various injuries kept him off the track all that time.

Also returning from a break is Hucklebuck, 2014 Emirates Stakes winner, in Race 7 the Testa Rossa Stakes.

And Alpine Eagle is entered in a Listed 1800 metre race at Morphettville on Saturday; no doubt an attempt on the part of his connections to restore his reputation and confidence.

Hopefully the rain will hold off tomorrow, but it will most likely be overcast again, the up side of that being better lighting for photographs than bright sunlight.