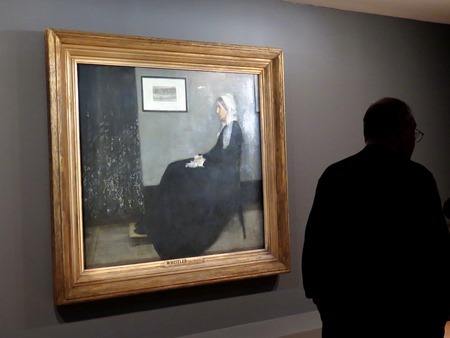 Yesterday I took advantage of Senior’s Card discount day and went to the Whistler’s Mother Exhibition at the National Gallery of Victoria.

I’ve always been a bit of a fan of Whistler’s art, not necessarily his most famous work which was the focus of this exhibition, but his wonderful minimalist water colours, like the one below scanned from American Watercolours, a large art book in my personal library. 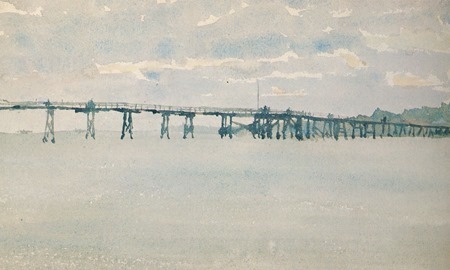 Several sets of Whistler’s etchings were also on display – his  English,French and Venice sets in particular.

When you first walk into the exhibition there were three striking caricatures of Whistler. He was apparently a flamboyant and colourful character and a proponent of the Aesthetic Movement, who believed in the idea of art for art’s sake.. 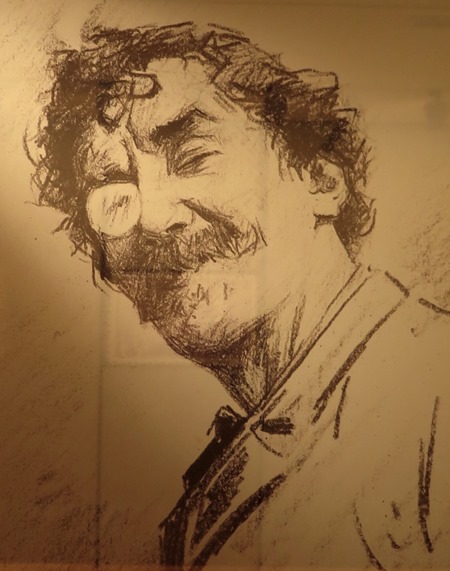 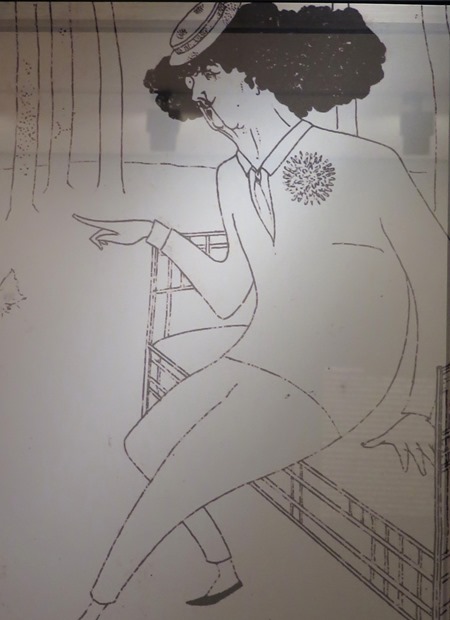 You pass through several rooms before you finally arrive at the famous portrait, spotlit in a room by itself. 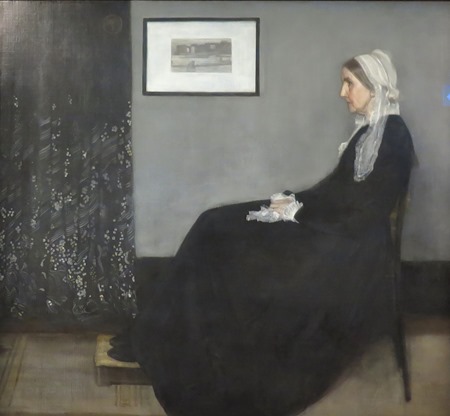 There weren’t all that many people taking in this particular exhibition, so there was no difficulty in getting up close to the picture.

After leaving the Whistler exhibition I cruised through several rooms of art, trying to find an exit. Thus I ambled through European Art, Porcelain and Decorative Arts before finding the down escalator.

I photographed the claw foot of an elaborate table in the European Art section, as I have a fondness for claw footed furniture and this was a particularly attractive foot. 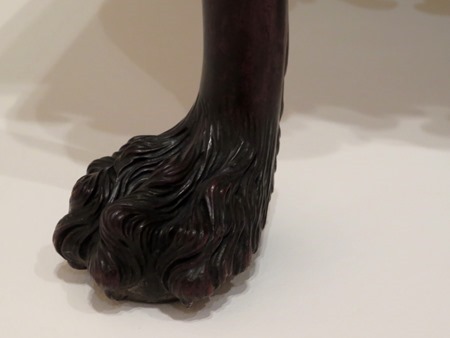 And I was amused by of the following cartoon for Mental Energy by James Gillray. The character looks the opposite of mentally energised! 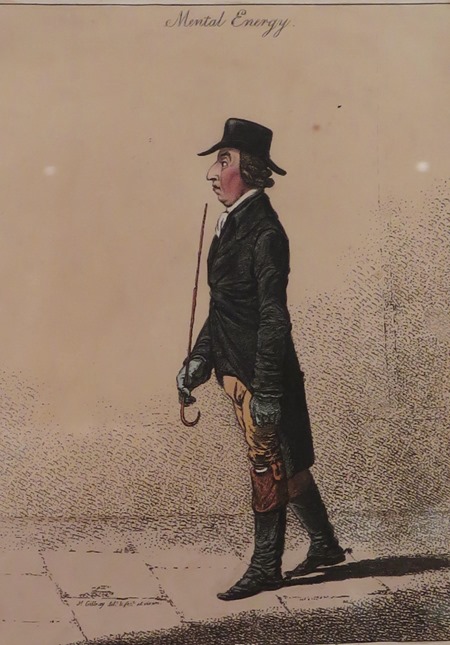 All in all, it was a pleasant exhibition well worth attending.

It's amazing isn't it how seeing a lovely exhibition lifts the heart. This sounds really enjoyable, and I love that Whistler's mother is in a room on its own.

We saw the Nefertiti bust in Berlin a couple of years ago, and it was in a room of its own. Just magical. I suppose you could argue against this sort of lauding of one piece of art over others, but if it is special, it's nice for it to be given some sort of gravitas. In the Nefertiti example, you could take photos in all the other gallery rooms except that one. At first I was sorry, but in a way it was nice to be made to focus on it. I remember it so strongly.

Sorry for the rant. I think we don't see enough American art so it's great that NGV has done this exhibition.

I think I'd prefer to have seen Nefertiti rather than Whistler's Mum. But you are right that viewing fine art is uplifting to the heart and soul.

And I also agree that we don't get to see American Art in Australia. I'd love to see a retrospective of Homer Winslow, another of my favourite painters who happens to be American. I did see some of his art in New York at the Metropolitan Museum of Art, but it 's all a bit hazy these days.