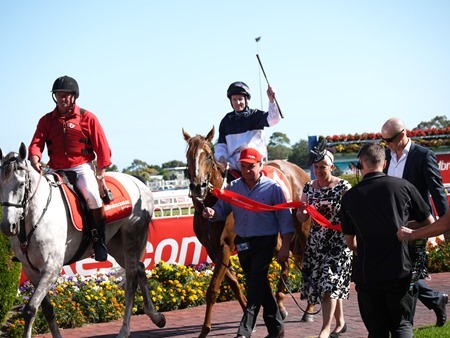 There are no race meetings in Melbourne this coming Saturday, but the keen Victorian racing fan will be more than compensated watching the action from Rosehill on TV or computer.

The feature  is of course the world’s  richest two year old race, the Group 1 Golden Slipper.

It is run over 1200 metres and has a full field of 16 acceptors, comprised of nine colts and seven fillies. The top two contenders as far as I’m concerned are the Blue Diamond winner and runner up, Extreme Choice and Flying Artie.

It’s probably a better quality field than the Blue Diamond Stakes and others with the credentials to win are colts Kiss and Make Up, Defcon, Astern, Capitalist and fillies Scarlet Rain and Calliope.

As well as the Golden Slipper, there are four other Group 1 races, the George Ryder Stakes, Ranvet Stakes, Rosehill Guineas and Galaxy, all with quaility fields.

Winx will be gunning for her fifth Group 1 win in the George Ryder Stakes (1500 metres).  She faces old rival First Seal, New Zealand wonder horse Turn Me Loose, and her stablemates Press Statement and Kermadec.

The Ranvet Stakes is run over 2000 metres and has attracted a good field of nine runners. Criterion is the class horse. He has an excellent record over the distance and at the track, so is the one to beat. Mongolian Khan may give him a run for the money, as could Hauraki, Dibayani and The United States, backing up after running second last Saturday at Flemington.

The Rosehill Guineas, for three year olds, is also run over 2000 metres. Victoria Derby winner Tarzino and Randwick Guineas winner Le Romain are the main chances, though sole filly Jameka, who beat Tarzino on Cox Plate day last spring, with her light weight could spring a surprise. She proved with her Crown Oaks win that she handles soft going, which is the likely track rating for Rosehill on Saturday.

No quality raceday would be complete without a Group 1 sprint, and the Galaxy fits the bill.  A full field of fourteen runners have accepted.

I’ll be barracking for Fell Swoop who narrowly missed out on winning his first Group 1, beaten by Flamberge, in the Oakleigh Plate.  He has won over the distance (1100 metres) and at Rosehill on soft going previously, albeit against lesser opposition.

Flamberge shares top weight with Terravista, who is the one to beat, though his record on soft tracks is iffy. Gai Waterhouse trained filly, English, who ran second in the Golden Slipper last year, and won her only start so far this autumn, is also worth consideration.

Rest In Peace Better Loosen Up 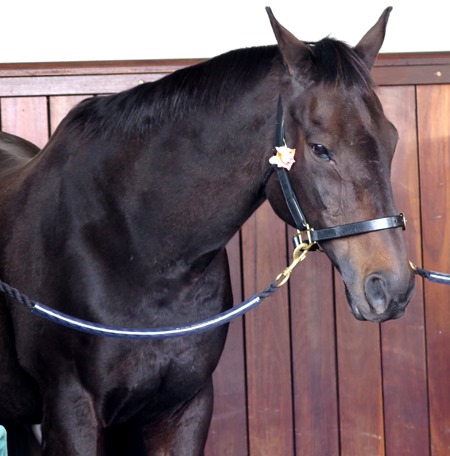 Living Legends announced this morning that Better Loosen Up had passed away the previous night after suffering a sudden heart problem. He was eased away in his paddock surrounded by his friends.

He was 30 years old, a good age for a horse, and had spent his retirement lovingly attended at Living Legends, being a particular favourite of CEO and Chief Vet, Dr Andrew Clarke.  Better Loosen Up was affectionately known as Blu and was a legend of the turf in the early 1990s winning the 1990 Cox Plate, Mackinnon Stakes and Japan Cup, and the 1991 Australian Cup.

I’m pleased I had the chance to see him couple of times; at Flemington on Australian Cup day in 2015 and at Moonee Valley on Cox Plate Day, where he led the field out.

I watched the racing action at Rosehill on TV this week, though it felt unfamiliar after spending the last few months of Saturdays at the track.

At least, watching the races on television you get to see them in more detail.

Anyway, there were a few surprises and the cream rose to the top in other cases.

The United States, backing up from running in the Blamey Stakes the week before won his first Group 1 race in the Ranvet Stakes. Hauraki ran second and Criterion finished third.

Winx proved that she is a star and the best horse in Australia by comfortably winning the George Ryder Stakes from her stablemates Kermadec and Press Statement. Turn Me Loose took off like a rocket and led for most of the race, but was a spent force at the finish, overracing proving his downfall.

The Rosehill Guineas was Tarzino’s for the taking, which he did with style. Montaigne ran second and the brave Jameka hung on for third.

Magic Millions Two Year Old Classic winner, Capitalist proved he wasn’t a one hit wonder, winning the Golden Slipper from Yankee Rose and Flying Artie. Extreme Choice missed the start and had a torrid time trying to catch up, and was unlucky all round.

And the Galaxy was taken out by the long shot Griante with outsiders Shiraz and Dothraki filling the minor places. The trifecta must have paid a fortune.