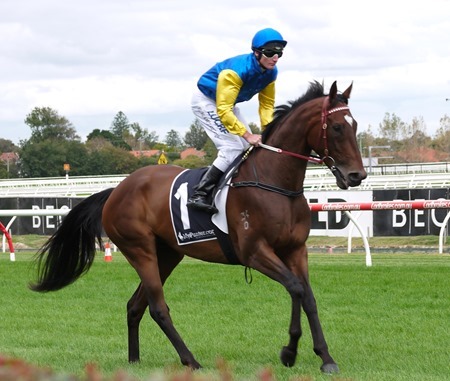 My Saturday afternoon plans were disrupted, so I arrived much later at Caulfield than I had anticipated. This was due to the unexpected visit from an old friend whom I had not seen for about 15 years. We go back a long way, to when we were both eight or nine at boarding school in Mansfield. We reconnected in 2001, and have mostly kept in touch with Christmas greetings every year.

I really could not, nor did I wish to, curtail her visit, so I got to Caulfield an hour later than planned, totally missing Petits Filous race, which she won fairly easily. She had already left the course when I arrived, so I failed to even get a photo of her.

He’s pretty boy with an almost white heart marking on his forehead. 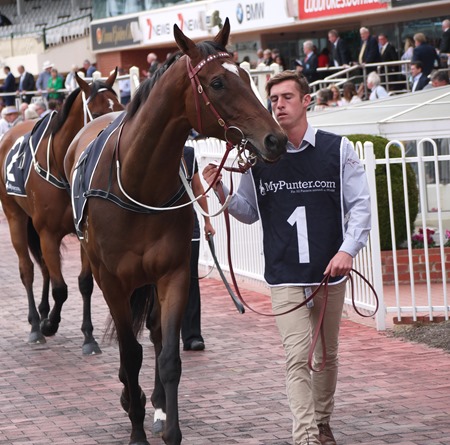 Caulfield Racecourse was all abuzz with Easter cheer, and very noisy, what with a covers band, and some kind of children’s entertainment competing for attention with the usual racing broadcasts. Kids were everywhere and there was a fair crowd in attendance. There was also an easter egg hunt for the kids and for adults, which I was not in the least interested in contesting.

I only stayed for two races and also took the opportunity to watch the two Group 1 races in Sydney on the big screen.

Preferment won the BMW from stablemates Who Shot Thebarman and Grand Marshall, another Group 1 trifecta for the Chris Waller stable.

Anyway, back to Caulfield and race 6, which was the Catanach Jewellers Handicap, a race over 1800 metres. 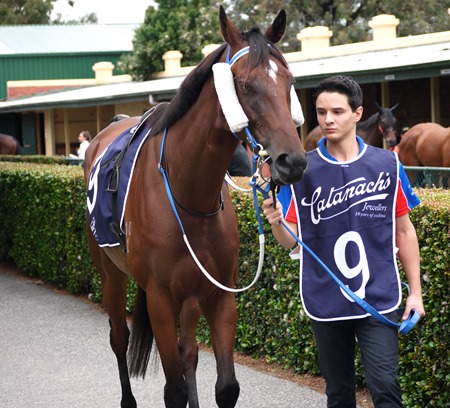 Gingerboy in the pre parade ring 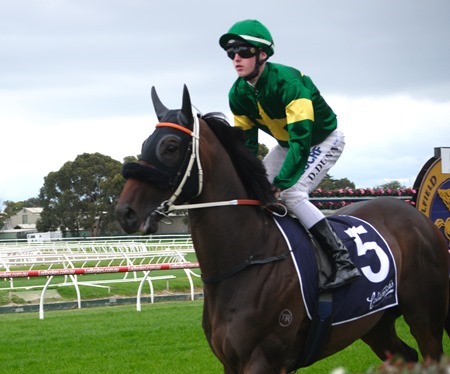 Himalaya Dream on his way to the barriers 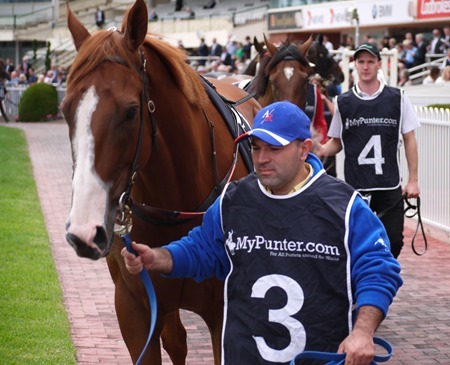 Charmed Harmony in the mounting yard 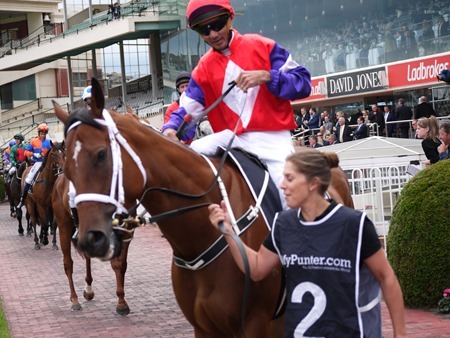 Eclair Choice in the mounting yard 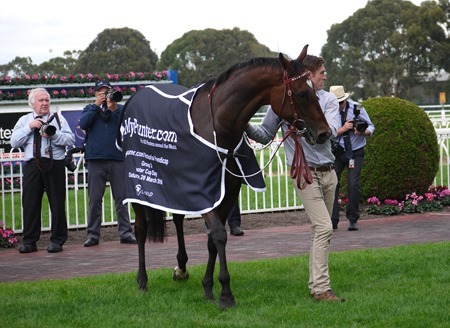 Black Heart Bart in the winners rug posing for photos

Before heading home, I checked out the stalls area to see if Last Typhoon (Typhoon Tracy’s only foal) had arrived. He was there, with a group of women admiring him. I assume one or other of them was his owner. They got the strapper to bring him out for a pat, which of course I took advantage of myself. He’s a friendly young horse, obviously sweet natured. He was then taken off for a walk, which where I snapped the following photo. 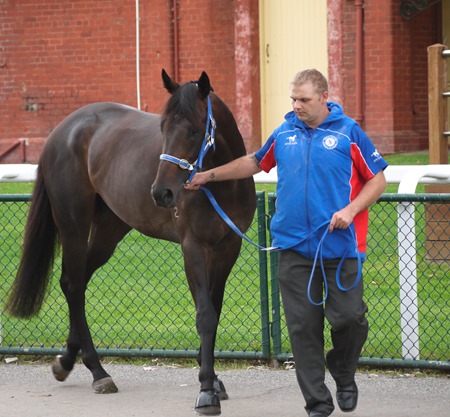 Last Typhoon in the walking ring

He had no luck in his race and finished a distant 12th.

On Saturday night, tough old Australian sprinter Buffering won the Al Quoz Sprint from a top class field. He’s now 8 years old, but appears to be getting even better with age. He’s one of the last sprinters still around who raced against Black Caviar in her heyday.

And on Thursday night at Moonee Valley, Peter Moody ended his training career on a high note, when Flamberge won the Group 1 William Reid Stakes, by a nose from Holler, with Japonisme running third closely behind.

It will be strange not seeing Peter Moody at the track as he’s always been there every time I’ve attended. He’s a top bloke and deserves his place in racing history for the way he handled the great Black Caviar’s career.

Racing in Melbourne is pretty uninteresting from now on, so I doubt I’ll attend many races until the spring. I’ll miss my Saturday afternoons at the track, but no doubt will find other things to blog about.

For a start, I have two concerts to attend this week, the first Jason Isbell tomorrow night at the Melbourne Recital Centre, and the lovely Eilen Jewell will be playing at Thornbury Theatre on Wednesday.

I was going to see Frazey Ford at Caravan Music Club on Friday, but the person I was going with cannot attend, so I’m giving it a miss.