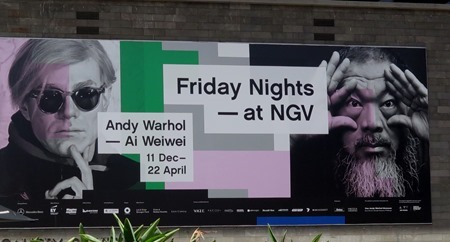 Back in the 1960s and early ‘70s, Pop Art was the style of the age, along with psychedelia of course.

I recall reading a biography of Edie Sedgewick, one of Andy Warhol’s stars, and also remember going to see the Ciao, Manhattan movie that starred the aforementioned Edie.

So I was interested in seeing the current summer exhibition at the National Gallery of Victoria featuring the art of Andy Warhol and chinese artist Ai Weiwei whose art is strongly influenced by Warhol. 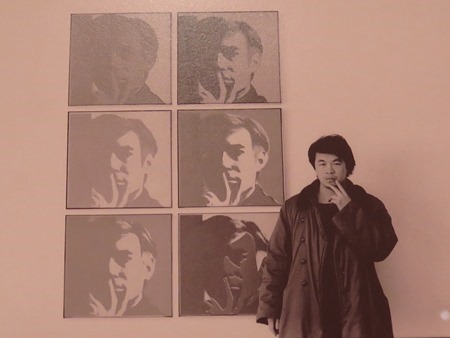 It was a natural fit of the two artists, as I noticed wandering around the exhibition. Sometimes it was hard to tell which particular artwork was the work of which artist.

When you walk into the Gallery the first thing that meets your eyes is Ai Weiwei’s huge installation entitled Forever Bicycles, an astonishing interlocking of stainless steel bicycles. 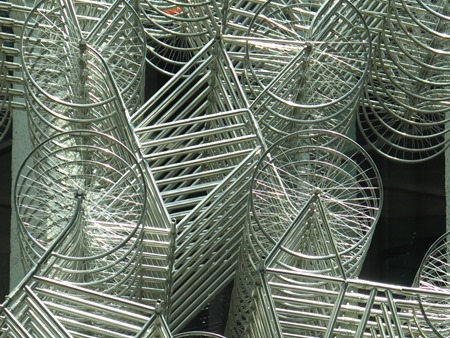 Close by, in front of the Gallery water feature, another of Ai Weiwei’s installations was a glowing chandelier entitled Chandelier with Restored Han Dynasty Lamps for the Emperor. 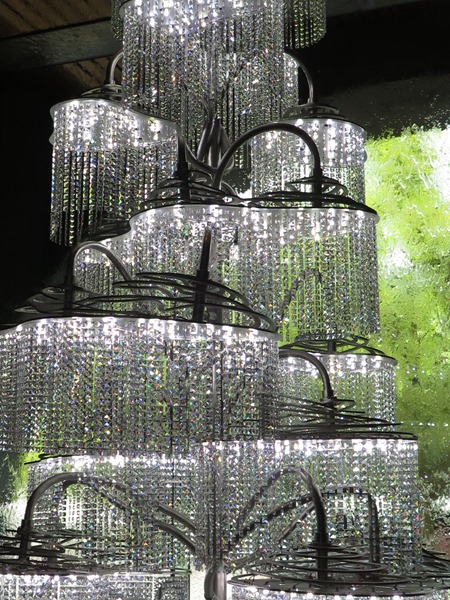 Chandelier with Restored Han Dynasty Lamps for the Emperor.

These wondrous pieces of art take your breath away before you enter the exhibition, which was something else altogether.

Photography was permitted, so as I wandered through the extensive exhibition I was able to take snaps of works that took my fancy.

Andy Warhol’s most recognisable works were in abundance… 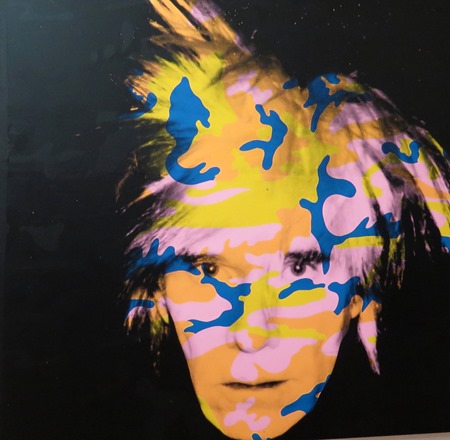 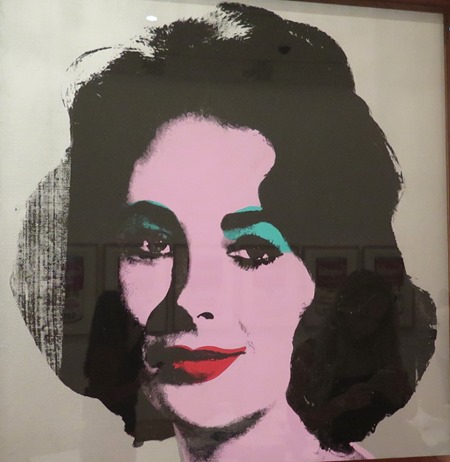 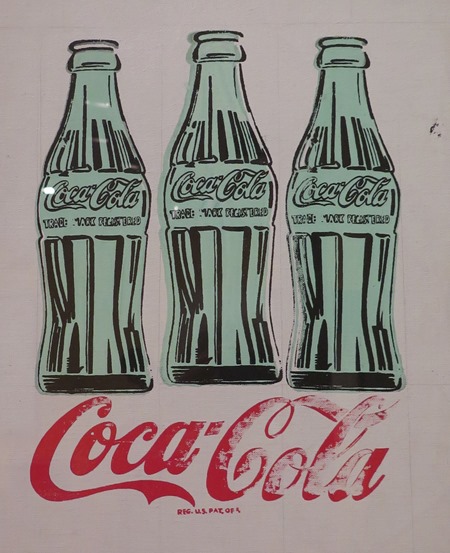 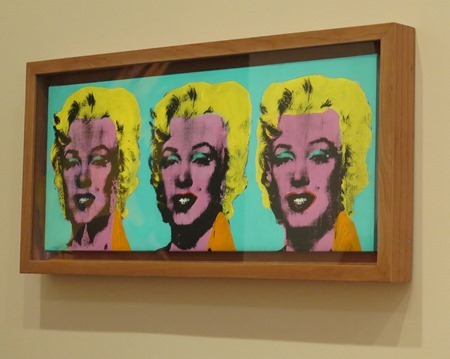 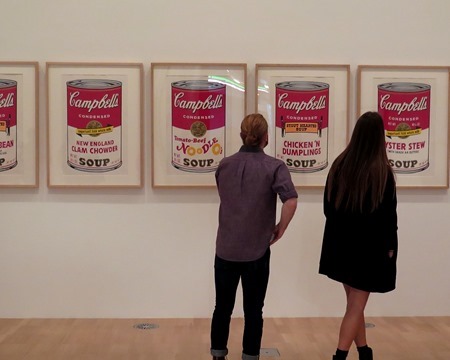 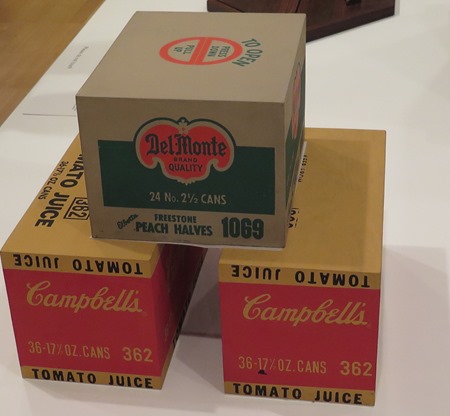 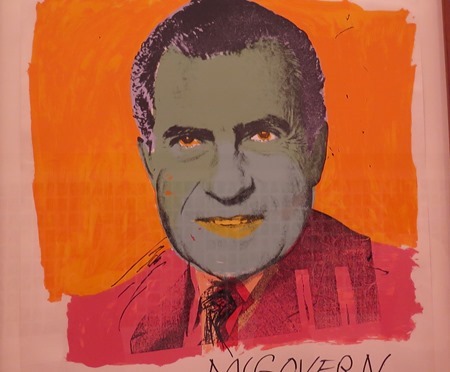 As for Ai Weiwei with whom I am not in least familiar, there were many examples of his avant garde art, including sculpture, photographs, film and paintings… 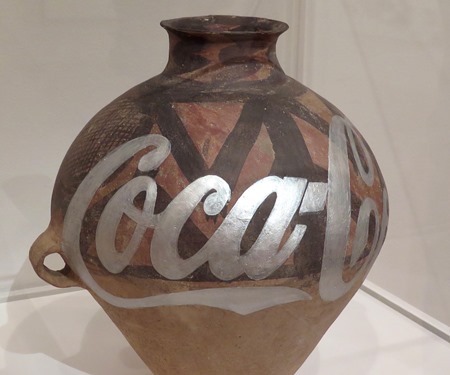 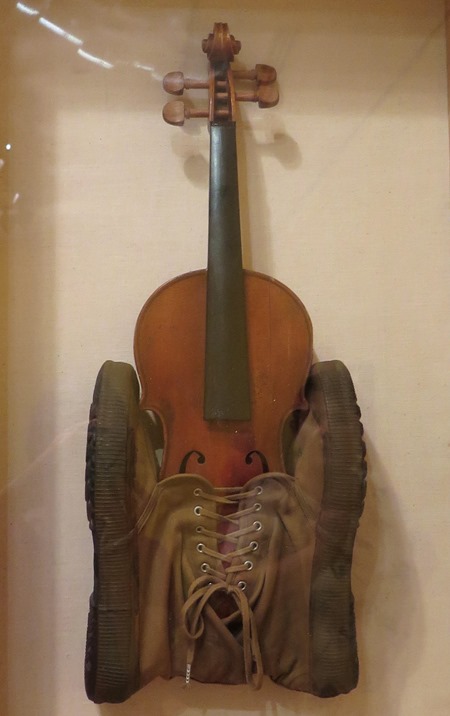 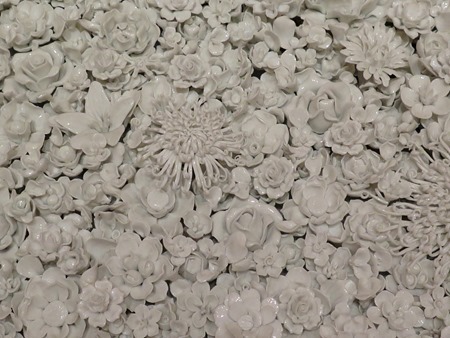 …and another installation with bizzarely shaped balloons. 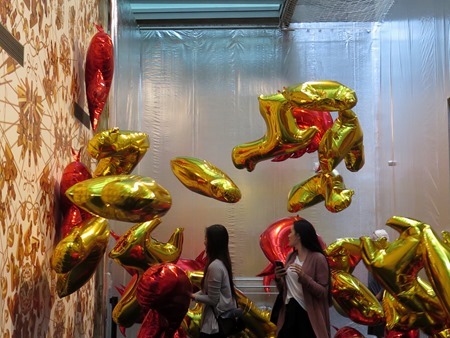 The exhibition was massive, detailed, complex ,very interesting and in three parts, that’s if you count the Children’s Section – Studio Cats.

Of course I had to go and have a look at the studio cats. Both Andy Warhol and Ai Weiwei are cat lovers. 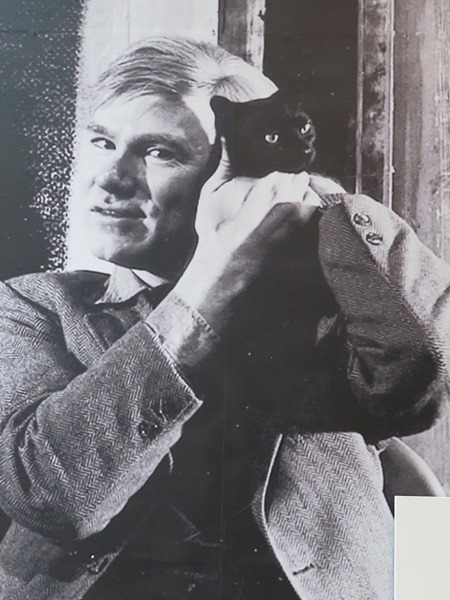 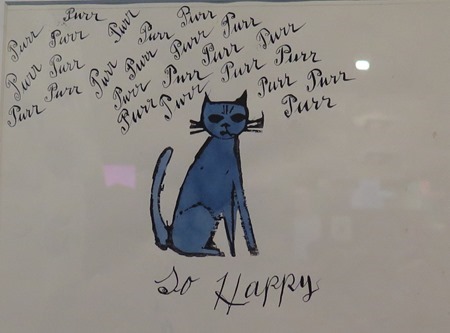 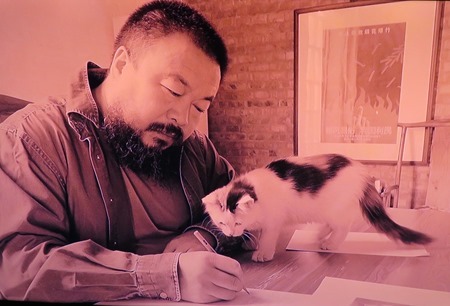 You could have spent a whole day viewing the entire exhibition in detail, as there is a lot to see and take in, but I settled for a couple of hours.

As usual I purchased some postcards as mementoes, in a box of 20 cards; good value for $20.00.

What a fantastic exhibition this was ... we were in Melbourne in late January for the Australian Open and spent a couple of hours at this exhibition. Oh, how I would have loved more time there. So exciting, so interesting, so challenging. Loved your photos. I thought about blogging it but by the time we got back after tennis, birthday dinners, etc, my and had moved on. I didn't buy the catalogue - part of my decluttering promise to myself - but part of me really hanker for it.

Yes, it was a great exhibition. I visited it last week. I took many more photos but didn't want to overload the post.

Thanks so. much for your photos and comments. What a fantastic exhibition. Wish I was rich and could catch a plane to go see. We just watched a documentary on the artist Ai Weiwei on Netflix the other night. An amazing man.