Back On Track– Group One Racing Returns 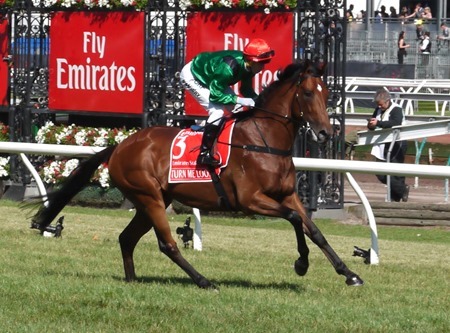 You can tell that first class racing has returned, with quite a few of the Spring stars resuming this coming Saturday.

The Group 1 Orr Stakes at Caulfield has a classy field that contains fourteen Group 1 winners all vieing for the prize.

In Sydney at Randwick, Cox Plate heroine Winx kicks off her autumn campaign in the Group 2 Apollo Stakes.

The main action of the day is at Caulfield with an excellent support card of Group 2 and Group 3 races, that include the two Blue Diamond Preludes – one for fillies, and one for colts and geldings.

The Orr Stakes (1400 metres) is a real brain teaser with all of the 18 strong field having a chance, but personally I’m pleased to see New Zealand stallion Turn Me Loose return to the fray. He greatly impressed all and sundry in the Spring with three consecutive wins, the last being the Group 1 Emirates Stakes.  His record first up however is iffy, so he may need a run.

*Hucklebuck, Mourinho, Rebel Dane, Trust In A Gust all contested the Group 2 Australia Stakes and were beaten by the three year old Holler. However, they were only beaten by a short margin over a shorter distance and do have a run to their advantage.

Boban has won first up, as has old trooper Fawkner, so neither can be dismissed out of hand, nor can the two other Darren Weir runners Lucky Hussler and Stratum Star.

There are three Group 1 winning mares in the race – Rising Romance, Suavito and Fenway, one of whom could one-up the boys.

I intend to get to Caulfield in time to watch Race 2, the Group 2 Kevin Hayes Stakes, for three year old fillies run over 1200 metres, so I can get a look at star New Zealand filly Risque, now being trained by David Hayes & Tom Dabernig. She won the Group 1 NZ 1000 Guineas at her last start.  Her opposition doesn’t look all that threatening, The Big Dance. Calaverte and Mossin’ Around being the best of the rest.

The fillies Blue Diamond Prelude is scheduled as Race 3 and has attracted an interesting field of two year old fillies, most with a win under their belt. Sword of Light who won the Blue Diamond Preview on Australia Day is probably the top pick, though Zamzam could be up to the challenge, considering that she won her first race by two lengths, as could BD Preview placegetters Emphatically and Dream First. I’m interested in the Gai Waterhouse filly Thyme For Roses who is the daughter of Augusta Proud, a classy filly I followed some years ago.

As Racng Victoria is testing a shortened interval between races, i.e. 30 minute intervals, it won’t be such a long afternoon as in past years so the racing program will whizz by in a flash.

Before the Orr Stakes there are two other quality races, the Group 2 Rubiton Stakes (1100 metres) where dual Group 1 winner Politeness will be starting her autumn racing season up against the highly regarded filly, Heatherly, followed by the Group 2 Autumn Stakes, a race for three year olds over 1400 metres.

Australia Stakes winner Holler is the main contender in the Autumn Stakes, up against some very smart colts, such as Mahuta who has won his last five starts, Victorian Derby winner Tarzino, and Vanbrugh who won the Group 1 Spring Champion Stakes. Hawkspur’s little brother Devil Hawk is also in the field, though his form is not inspiring.

The Apollo Stakes at Randwick is scheduled to run five minutes before the Orr Stakes. It will therefore be a challenge to watch both races. Unless they show the Apollo Stakes on the big screen at the racecourse, I’ll have to wait until I get home to watch a replay. The 30 minute interval trial has ignited a brawl between the NSW and Victorian racing bodies due to the difficulties in planned live race coverage on Free To Air and Paid TV, with several races clashing time wise.

Anyway, the Apollo Stakes is a must see simply because Winx is in the field. Solicit is seen as her nearest rival. Though several of Winx stablemates (Who Shot Thebarman and Grand Marshall) are in the field, they are not really suited at the distance (1400 metres).

* Hucklebuck is an unlikely starter after drawing the widest barrier, his trainer being reluctant to force the horse to overexert himself so early in the season.