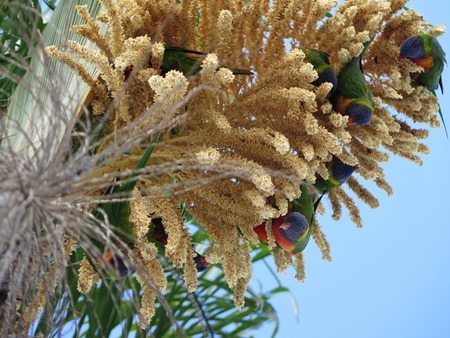 Alexander Palm in flower with lorikeets

An explanation is needed methinks.

The Alexander Palm pictured above grows at the back of the rear garden. B acquired it many years ago and it sat in a pot for at least five years before he planted it in its present situation. It grew, and grew, and grew like Jack’s beanstalk, and now towers over the back laneway. 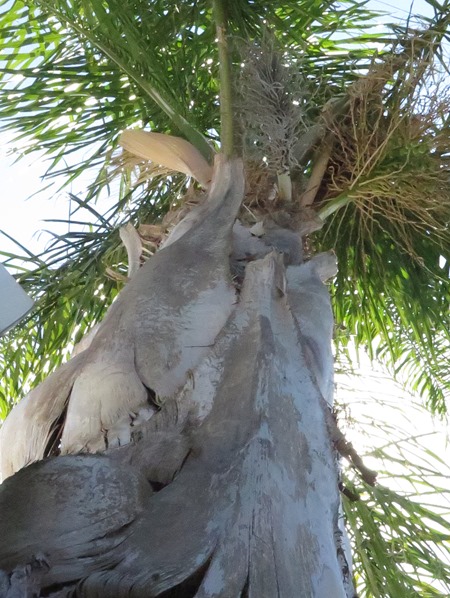 Earlier this year it flowered for the first time, and it attracted swarms of bees initially, then the lorikeets arrived en masse.

It appears as if it will flower again next year as it has pods of some sort, which may very well be flower buds. 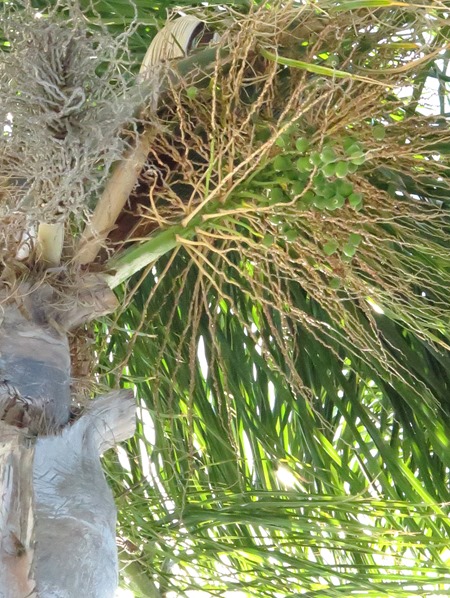 On the subject of plants, a strange plant self seeded in a pot and started growing. B thought it could be a sort of weed, but a few months ago, when on his daily walk he chanced upon some parkland gardeners with an identical plant. They told him it was a Kangaroo Apple.

He planted it next to the fence, and it too grew with incredible speed. From a small shrub it grew to a large bush in the space of a few weeks. 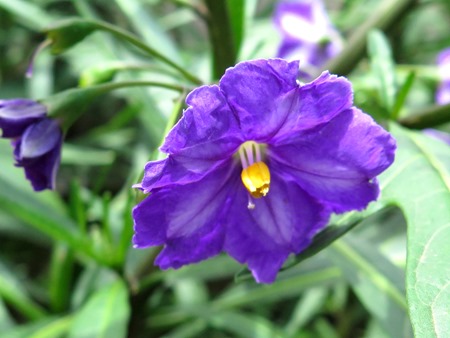 The fruit of the Kangaroo Apple is poisonous apparently. The possums are not in the least attracted to it, which is a blessing; after all they have succeeded  in killing three plum trees and greatly limiting the fruiting of the loquat and fig trees.