The Stars Align for The Cleaner –Moonee Valley Racing Review 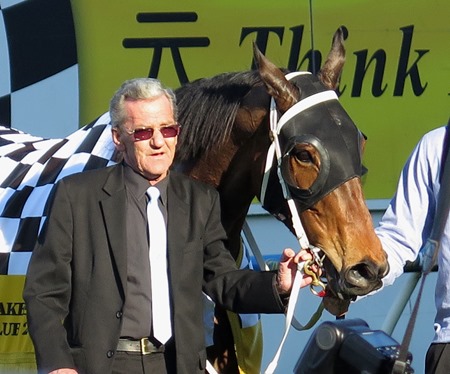 If you follow astrology, it really wasn’t all that much of a surprise when Tassie cult hero The Cleaner took out the Dato Tan Chin Nam Stakes for a second time. We are currently under the sign of Virgo, whose attributes include a compulsion to clean up and set things in order.

The Cleaner won in fine fashion just as he did at this time last year, leading from the start to the finish and putting enough of a break on the horses in pursuit that they couldn’t catch him. He won by 1¾ lengths from Bagman with Dibayani two lengths behind running third.

All that happened later in the afternoon, but there were three interesting races before it was scheduled to run.

I arrived at Moonee Valley in time to see Race 4, the Craig Opie Cup, a race over 1600 metres and observed the runners in the parade ring before they went out to the track. The Lloyd Williams stable had two imported Irish stayers in the race and they ran the quinella, the unfancied Chance To  Dance winning narrowly over his stable mate The United States, who started as favourite. 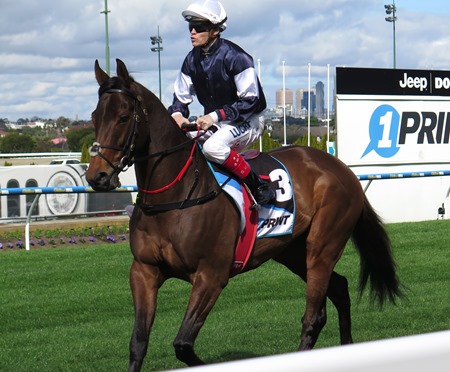 Chance To Dance on his way to the starting gates 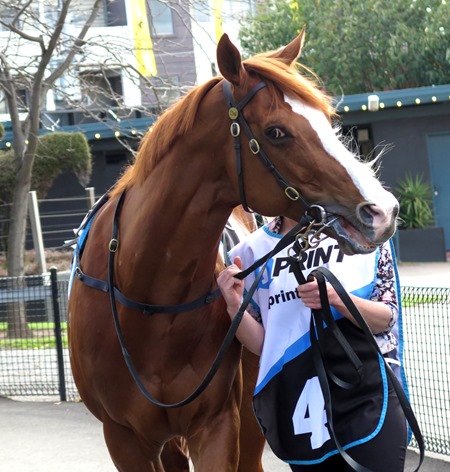 The United States in the parade ring

In the stalls area, some of the horses I had come to see were either walking around or in their stalls… 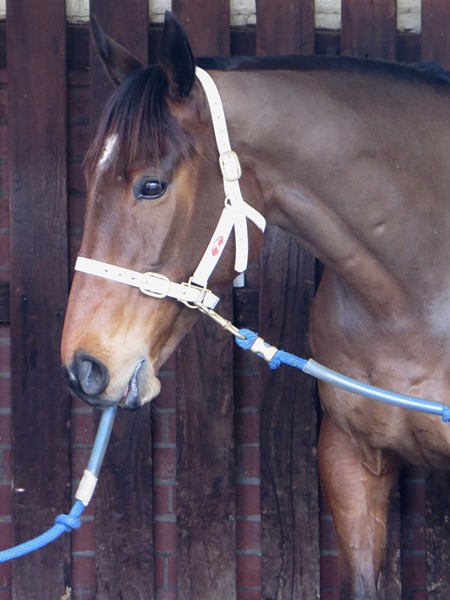 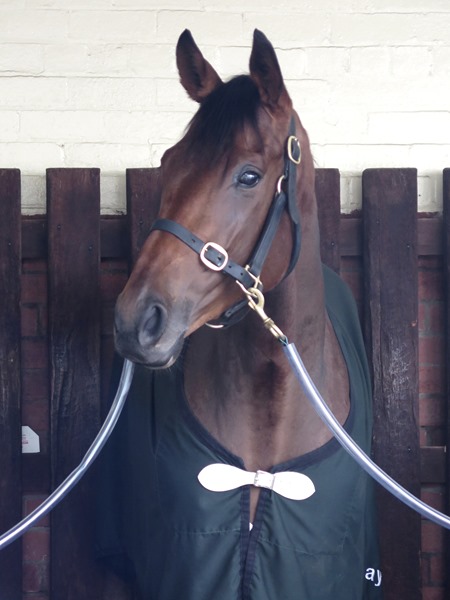 Miss Finland’s daughter Stay With Me 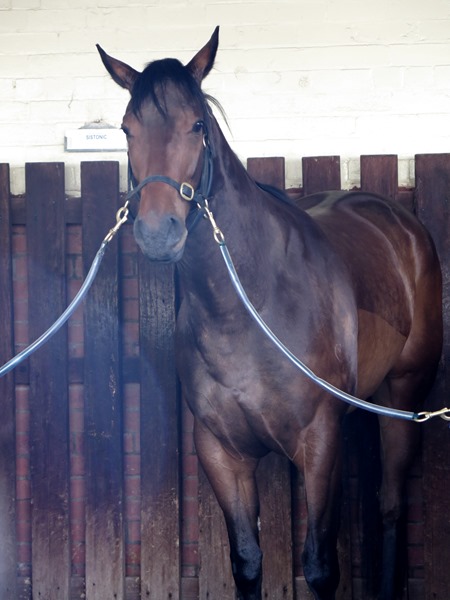 Back on the lawn, old Subzero was hanging around having a day out at the racetrack… 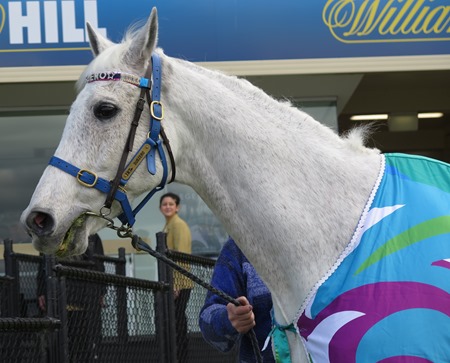 Dear old Subzero on the lawn

Race 5 was the Atlantic Jewel Stakes for three year old Guineas bound fillies. Of most interest among the contenders were Pasadena Girl, Stay With Me and Jameka. 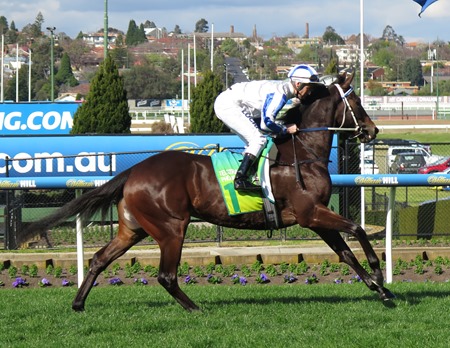 Pasadena Girl on her way to the gates 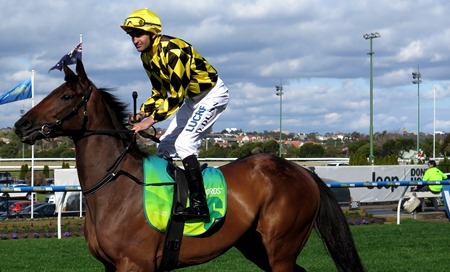 Stay With Me on her way to the gates 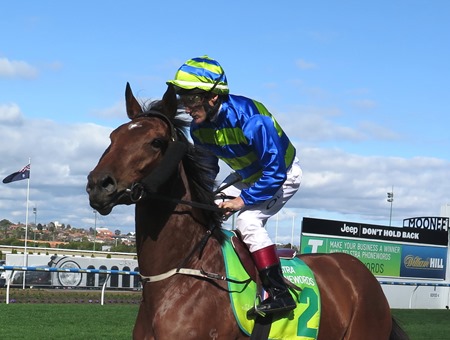 Jameka on her way to the gates

Race 5 down the straight – Stay With Me leads & Pasadena Girl is just in the picture on the outside two lengths behind on the outside. 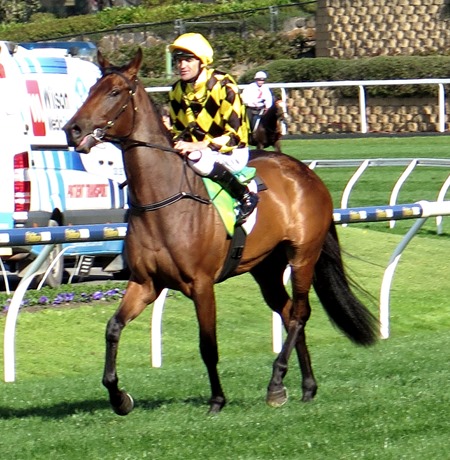 Fell Swoop, the winner of Race 6 was also nominated for a race in Sydney, but his connections opted to run him at Moonee Valley. They made the right choice, for he was a dominant winner of the Listed Cup Club Stakes. He seems to have come from nowhere to be a force to be reckoned with, having 7 wins for 9 starts on his CV. 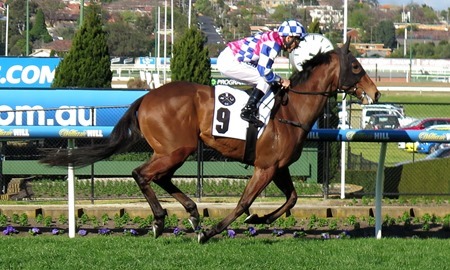 Fell Swoop on his way to the barriers

He defeated Beach Front by 1½ lengths with Griante running third.

And so we come to the feature race… 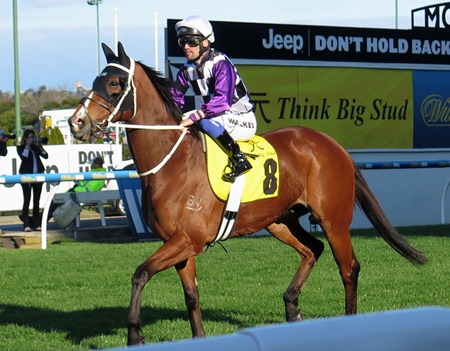 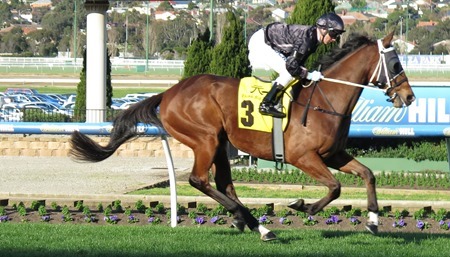 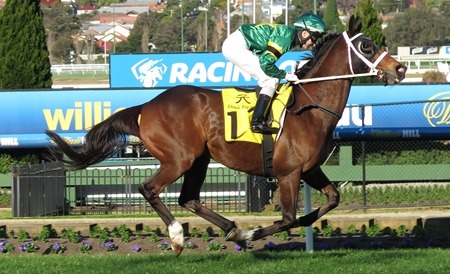 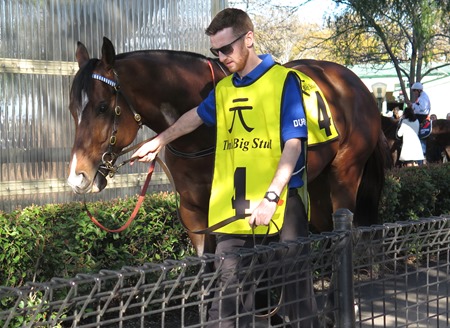 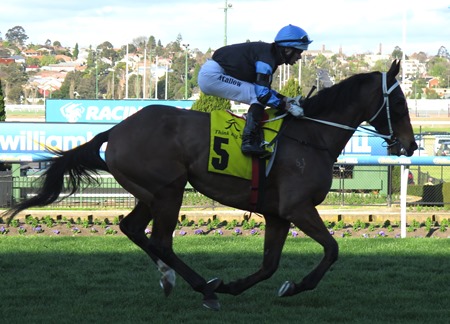 Contributer was the hot favourite, but failed to make any headway in the straight, given every chance. Perhaps he doesn’t take to Moonee Valley. Mourinho seems to have attracted the PB Lawrence Stakes curse, which indicates that the winner of the aforementioned race will not win again in the season.

The Cleaner is several lengths ahead of the rest of the field  heading to the finishing post. 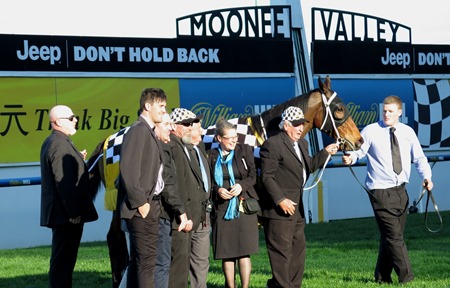 The Cleaner poses for photos with his owners after the race

The next race was as keenly anticipated as the Dato Tan, owing to the resumption of star sprinter Chautauqua contesting it. Another Group 2 competition, the Mitty’s McEwen Stakes is run over 1000 metres and is a speed test, generally run at rattling pace.

Sistonic and I’m All The Talk fought out the lead through most of the race and both finished at the tail of the field. Chautauqua was well back and came wide just past the turn into the straight, sailing past Furnaces who had snatched the lead with Flamberge going with him. It was a sensational win by Chautauqua and a natural trifecta between the first three home. Flamberge finished second and Furnaces hung on for third. 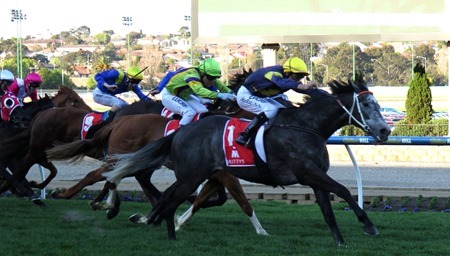 Chautauqua charges for home down the straight 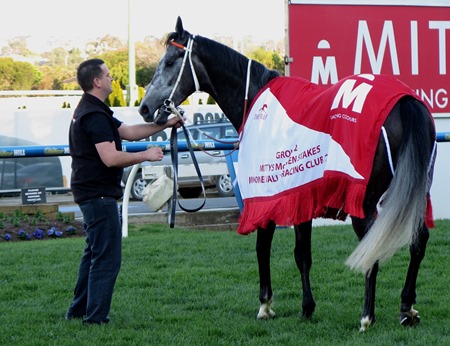 Chautauqua in the winners rug posing for the photographers

The weather was an improvement on last week, and considerably warmer, so it was a pleasure to be outdoors in the muted sunshine, and the racing had that spring fever edge which only comes with talented horses pitted against other talented horses.

Next week the racing action is at Flemington featuring the Group 1 Makybe Diva Stakes. Looking at the nominations it appears to be a fascinating race with several more classy horses starting their spring campaign - Fawkner, Alpine Eagle, Mongolian Khan along with Boban and the usual suspects.

Also Petits Filous is nominated for the Listed Cap D’Antibes Stakes and we’ll all be hoping that she can win it.