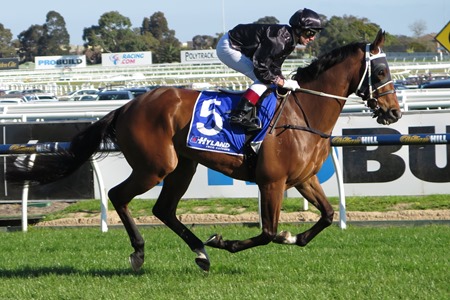 Remarkably the first three over the line in the Underwood Stakes were all eight years old – Mourinho, Fawkner and The Cleaner. Last year two seven year olds fought out the finish with a six year old, so does this mean that nine year olds will be successful next year?

Hardly likely, as it’s very rare for an eight year old to win a Group 1 event. Mourinho also beat the curse on P B Lawrence Stakes winners, who often fail to win another race.

It was a mild sunny day last Saturday and looked promising for a pleasant afternoon trackside. As there was no football in Melbourne there was bigger crowd at Caulfield Racecourse than the last few meetings and drunken young men and tizzy girls abounded.

I arrived at at the track in time to watch Race 4, the Listed Harry White Classic, a race for stayers over 2400 metres.

The winner of the race automatically gets entry into the Caulfield Cup, and the Gai Waterhouse trained Excess Knowledge need to win this race to qualify for the Cup. He started favourite, but was unable to overtake eventual winner Black Tomahawk in the straight.  Ethiopia was a distant third.

The first of the Guineas Preludes was the next race on the program.  Races early in the afternoon are run at 35 minute intervals, so they whiz around pretty fast.

Miss Gunpowder started as favourite for the Thousand Guineas Prelude and did not disappoint her backers, leading from the start and winning with a length to spare from Payroll and Jameka. I had my money on Pasadena Girl, but she was slow to start and was never a threat, though apparently her time in the last 400 metres was the quickest. 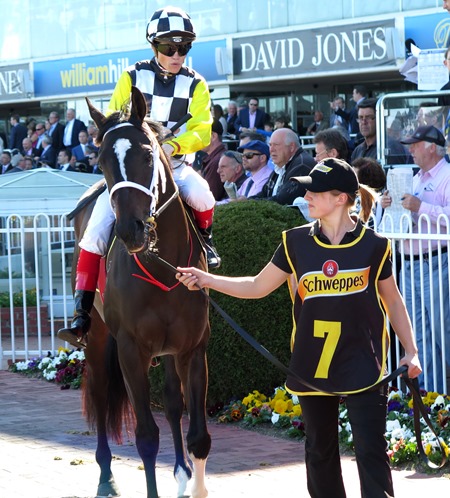 Miss Gunpowder in the mounting yard 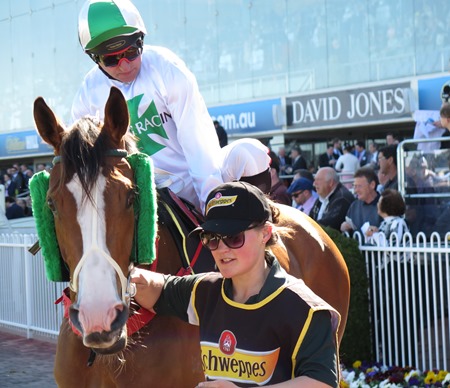 Payroll in the mounting yard 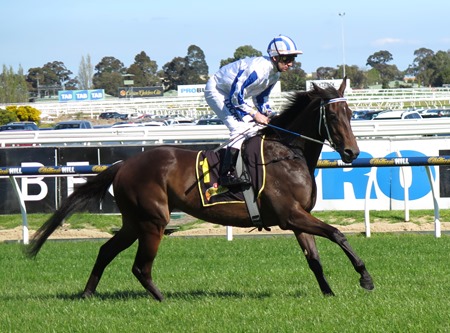 Pasadena Girl on her way to the barriers

Down the straight – Gunpowder Miss is comfortably ahead

For the colts and geldings Caulfield Guineas Prelude I decided to escape the drunks on the public lawn and take snaps from the hill above the stalls area, where at least you can get good action photos of the horses going to the barriers and returning to scale.

Here are some of the contenders… 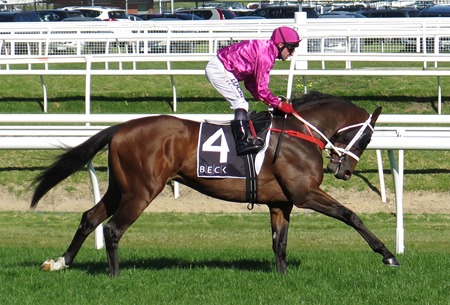 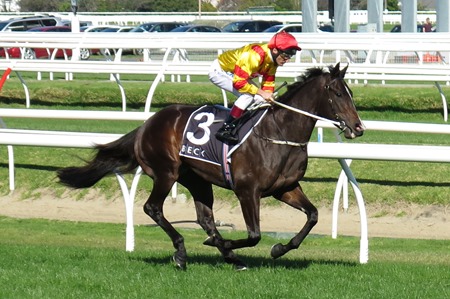 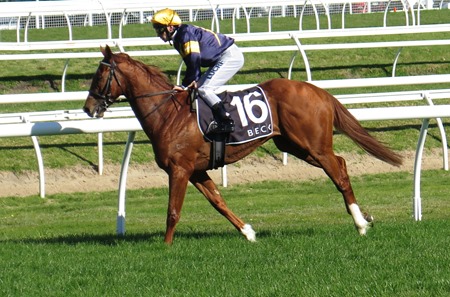 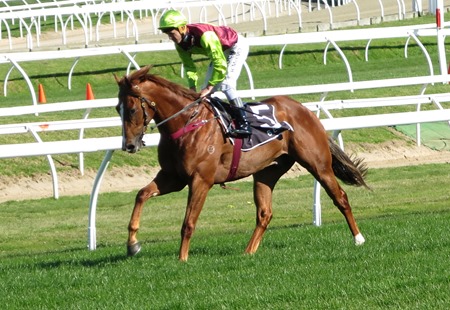 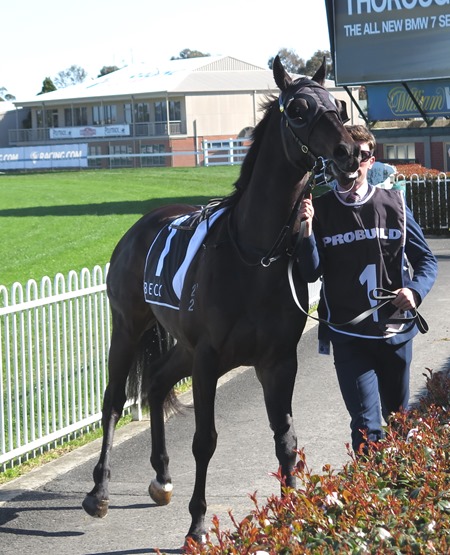 Ready For Victory was the favourite, but ended up well back in the field. Bon Aurum who recently won at Flemington at big odds was the winner. He proved that his Flemington win wasn’t a fluke and will no doubt start at shorter odds next start.

Tulsa was runner up and Dal Cielo, who did all the hard work leading, hung on for third.

With the preludes out of the way, the two Group 1 races were next on the agenda.

Checking out the stalls and the walking ring on my way to the public lawn I came across the handsome Volkstok’n’barrell being perambulated in the ring. 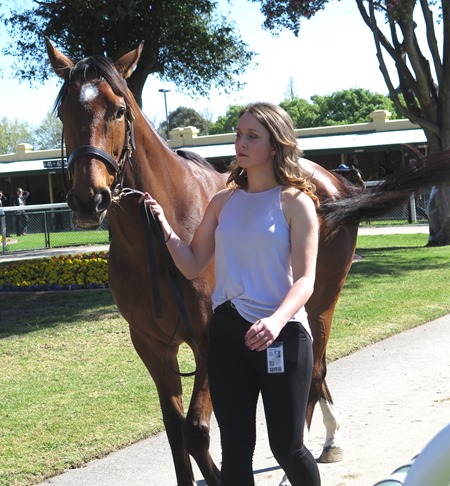 The first of the Group 1 races was the Underwood Stakes where Fawkner started as favourite, with Contributer being fancied as second favourite. The winner, Mourinho, was totally underrated and paid $19.00 for the win.

The Cleaner naturally lead the race at a steady pace and even kicked away in the straight, only to be overtaken at the last minute by Fawkner and Mourinho. The margin between the three of them was a nose. Mongolian Khan finished an eye catching fourth. 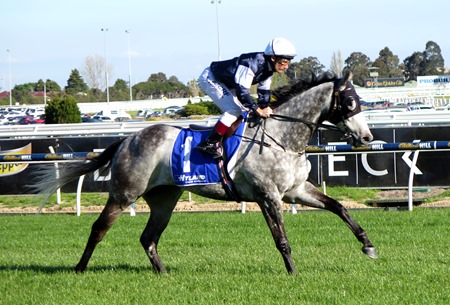 Fawkner on his way to the barriers 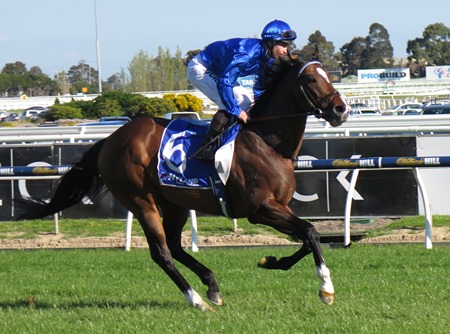 Contributer on his way to the barriers 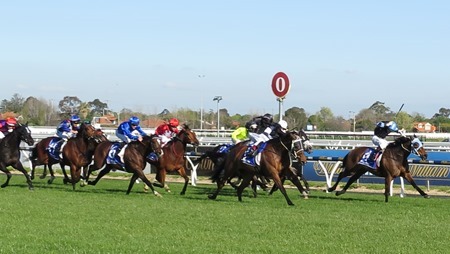 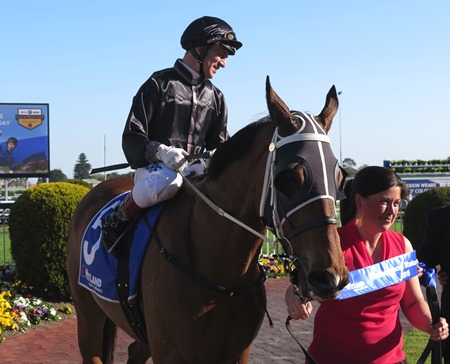 The Group 1 Sir Rupert Clarke Stakes was next and I only managed to get photos of the runners in the mounting yard, as they headed for the starting gates in the opposite direction to where I was standing at the fence. 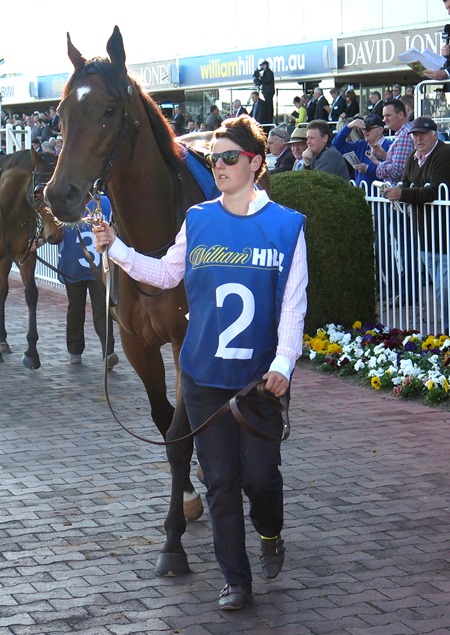 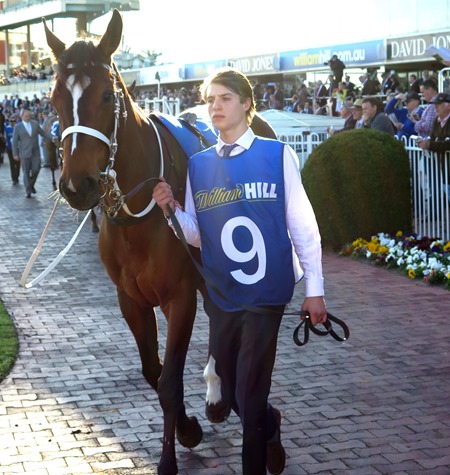 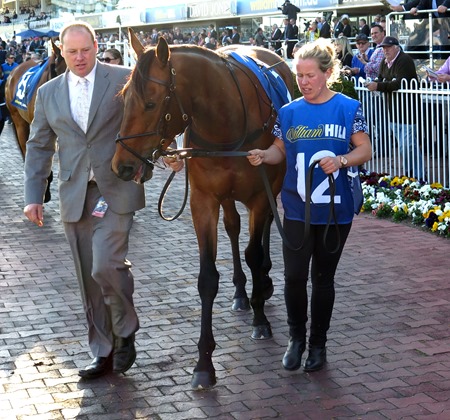 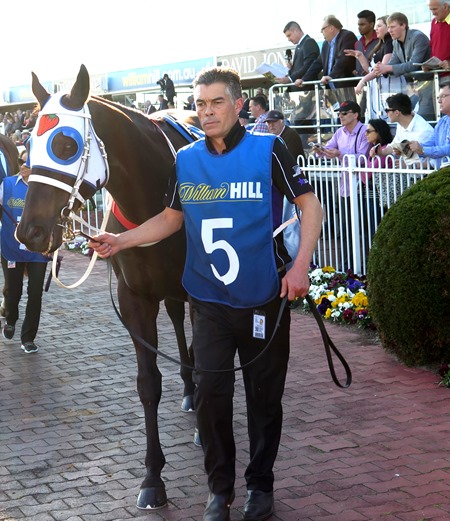 The race ended in another blanket finish, with Stratum Star getting the nod from Disposition and Under The Louvre. It was so close, there was a bit of a wait for the results. 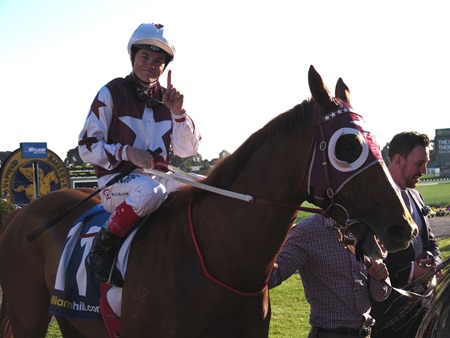 I didn’t stay for the last race on the card, but headed to the station and home, which amazingly only took 30 minutes door to door via two trains.

The AFL Grand Final is on next Saturday, but I have no interest in it at all.

Fortunately it is also a huge weekend for racing with five Group 1 races spread over a night and two days. On Friday night is the Group 1 A J Moir Stakes at Moonee Valley, and Randwick hosts  Epsom Stakes Day on Saturday with three Group 1 races. On Sunday the Group 1 Turnbull Stakes is run at Flemington.

I intend to go to both Melbourne meetings and watch the Sydney races at home on Saturday.