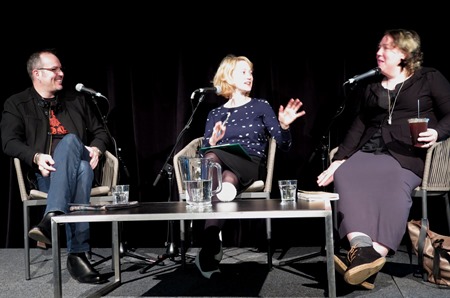 The Melbourne Writers Festival wound up yesterday after a week of literary events, though I only attended the seminar with Louis de Bernieres and, yesterday morning, the session on The New Gothic.

The only one of the writers in this session I had heard of was Kelly Link, an American short story writer of some note. Kelly Link has won several prestigious awards for her quirky, clever stories, including the Hugo, Nebula and World Fantasy Awards. So her fiction leans to the fantastic side of the literary spectrum, which accords well with my own tastes in literature.

She has released four collections and her latest is Get In Trouble, which I have yet to read. I have in my personal library her first two books Stranger Things Happen and Magic For Beginners.

Mike Jones is an Australian multi media artist, a writer of novels, screenplays and interactive media. He has just released the first novel in his Transgressions Cycle, a trilogy of Horror novels.

The session began with a discussion on the meaning and history of Gothic Fiction, which of course has been a popular genre for centuries, encompassing ghost stories, horror, fantasy and science fiction.

Kelly Link and Mike Jones then read excerpts from their recent works. 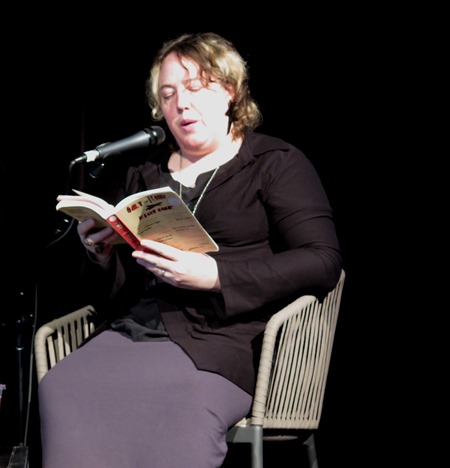 I enjoyed Kelly Link’s story more than Mike Jones’s. It was deceptively light hearted, but chilling and left me wanting more. Mike Jones, on the other hand, despite the depth of description in his prose, failed to thrill me half as much. It’s just that Horror is not a genre that I like all that much. I don’t mind ghost stories or tales of the supernatural, but violence creeps me out. 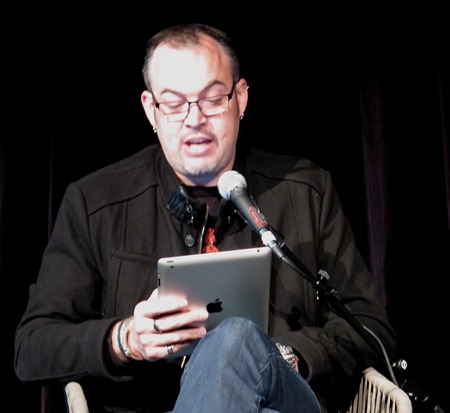 It was however an interesting seminar and I enjoyed the discussion as I’m interested in Gothic sensibilities, and was pleased to get my copies of Kelly Link’s books signed.