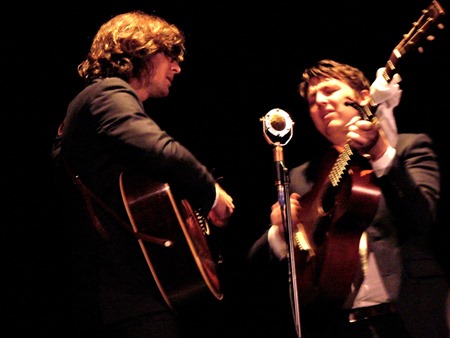 Joey Ryan and Kenneth Pattengale aka The Milk Carton Kids last toured Australia in June 2013 and wowed those of us who saw them when they passed through then. We were charmed and amused by their minimalist but sublime performances, so it was a no brainer to buy tickets for their concert this time round.

Appearing this time at the beautiful old Athenaeum Theatre, one of the oldest Melbourne theatres still in use - established in 1839 – it is a small intimate venue that is perfect for the quiet, understated perfection of The Milk Carton Kids style of performance.

Opening for the main act was Wollongong born singer songwriter Timothy James Bowen who was an unknown quantity to me.

Joey Ryan took the time to introduce him to the audience, delivering in his dry way a back handed compliment, stating that Timothy James Bowen had a better voice than himself. Tongue in cheek, he added that normally The Milk Carton Kids would choose support acts with worse voices. 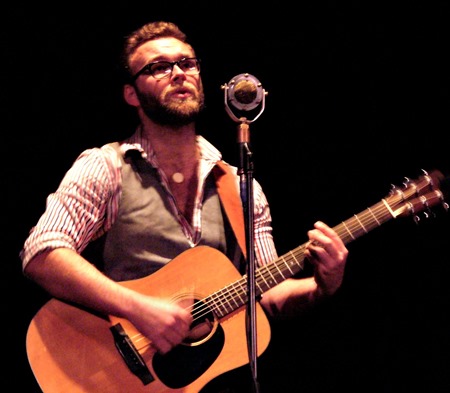 Timothy James Bowen at the Athenaeum 30/6/15

Timothy sang a short set of six songs, all of his own composition (with a little help from family and friends). He started with the lovely Breathe Easy then moved on to his specially commissioned song that was featured on the Virgin Mobile Making Australia Better Campaign. It is appropriately entitled Answer The Call.

Another song The Dharawal addresses indigenous issues, relating as does to a little known historical event, that being the massacre of the Dharawal people in 1816.

After a short interval the star act took the stage. The Milk Carton Kids are a rare act. They perform unplugged and unamplified, with just one microphone between them. There are no flashy light shows, just a single spot and an unadorned setting. 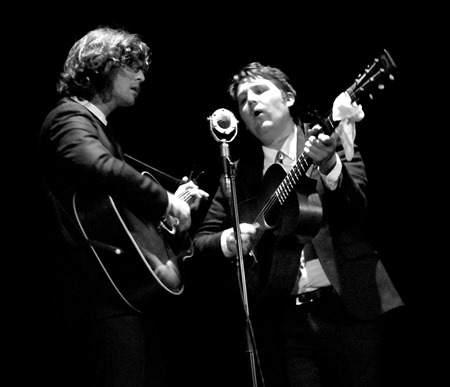 They launched their show with the Haruki Murakami inspired Secrets of the Stars, the fourth track on their new record Monterey, which is an exquisite and quietly understated work of genius.

Three more songs from the album followed in quick succession, Asheville Skies, Getaway and The City of Our Lady, after which Joey Ryan paused for the first of his dry and amusing dissertations which had the audience in stitches. He remarked that with four songs played they were half way through the show, only kidding of course.

The title track of their previous CD The Ash & Clay was next to be performed, followed by the title track of Monterey. In their 13 song set the songs were mostly drawn from those two albums, with Michigan being the only song from an earlier recording, Prologue in fact.

Interspersed with the songs Joey & Kenneth entertained the crowd with gentle banter. Australia’s Prime Minister got a not very complimentary mention, the audience endorsing this view emphatically. Joey mused that perhaps people who came to their shows were of a leftist bent.

There was also a running joke about whether there were any children in the audience, which started when Joey apologised for the tone of language used at the time – a few rude words is all I recall hearing  - and wondered if there were children present. Some dag at the back with a deep male voice yelled “Yes!” which caused great hilarity and even broke down Joey’s deadpan cool.

During the musical moments a hushed quiet is de rigueur to appreciate the MCK’s act. They play their old 1950s guitars softly and harmonise in quiet voices, but the effect is mesmerising and enthralling - you can hear all the words and distinguish the two voices and the guitars. Kenneth Pattengale’s  playing is wonderfully ornate and complicated and he received much applause for his mastery of the instrument.

The Milk Carton Kids is a high quality act of unusual beauty and surprisingly hilarious. They combine sublime melodies with enchanting harmonised vocals and deep lyrics. They are up there with the likes of Emmylou Harris and Rodney Crowell, Gillian Welch and the other giants of American folk music. 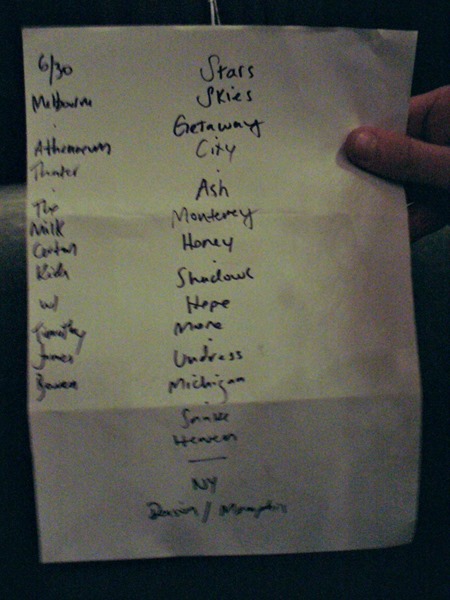